Eli Tomac and Zach Osborne On Top In St. Louis 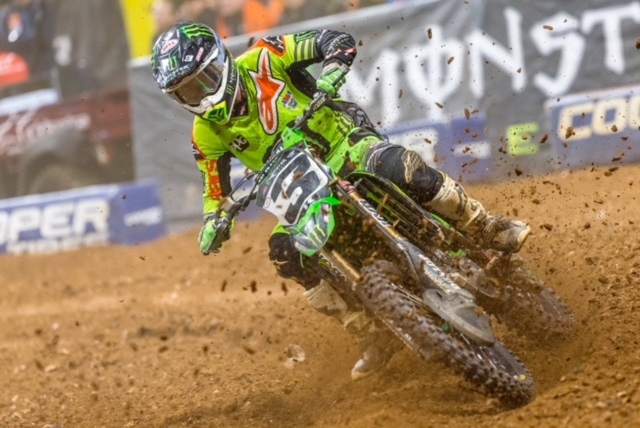 Eli Tomac made it five wins for the year with a run away win in St. Louis - Credit: Kawasaki
Eli Tomac and Zach Osborne have added another win apiece at the 11th round of the 2018 Monster Energy AMA Supercross Championship held in St. Louis Today.

Monster Energy Kawasaki's Eli Tomac laid waste to the entire 450SX field, grabbing the lead from the start and was never headed as he ran away to win by over 20 seconds to claim his 5th main event win of the season.

‰ÛÏThere are days where you just feel like you‰Ûªre on and I was on all day,‰Û 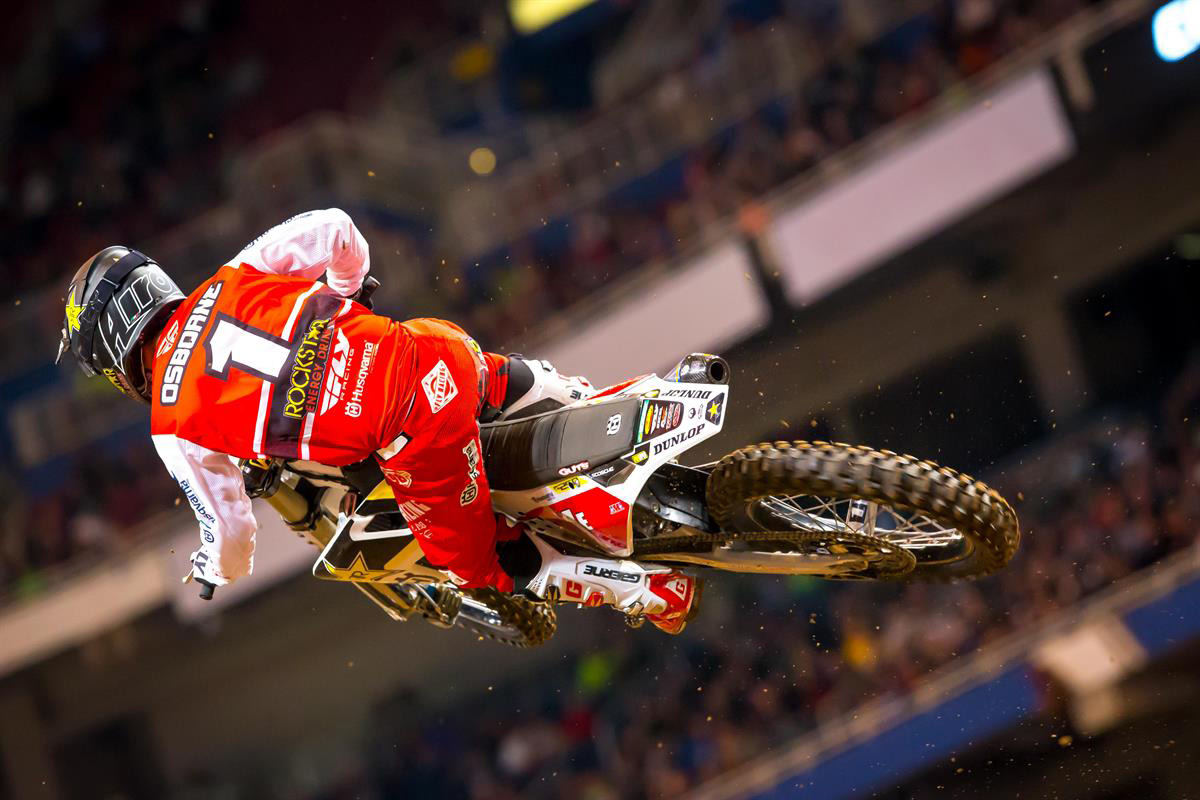 Zach Osborne took control of the 250 East Championship with another come from behind win - Credit: Simon Cudby
In the 250 East race it was the two championship leaders in Pro Circuit Kawasaki's Austin Forkner and Rockstar Husqvarna's Zach Osborne who exited the first turn side by side, with Osborne being credited with the holeshot, but Forkner quickly taking over the race lead.

With the two riders heading into the round tied on points, it looked as though Forkner was going to be the rider that left St. Louis with the points lead as he edged slowly ahead.

At the halfway point of the race, Osborne closed the gap to Forkner, pressuring the young rider into a mistake that left him on the deck. Osborne took full advantage of the situation and raced to a clear win.

Forker quickly remounted and was making up time, but another lapper forced him to fall and stall the bike. Undeterred and knowing each position counted, Forkner pushed as much as he could to make it back into the top-five to keep his championship hopes alive.

JGR Suzuki's Kyle Peters finished in fourth for his best rsult of the season.

In the point‰Ûªs standings, Osborne now holds a 8 point lead over Forkner, with Jordan Smith only 5 points further back in third. 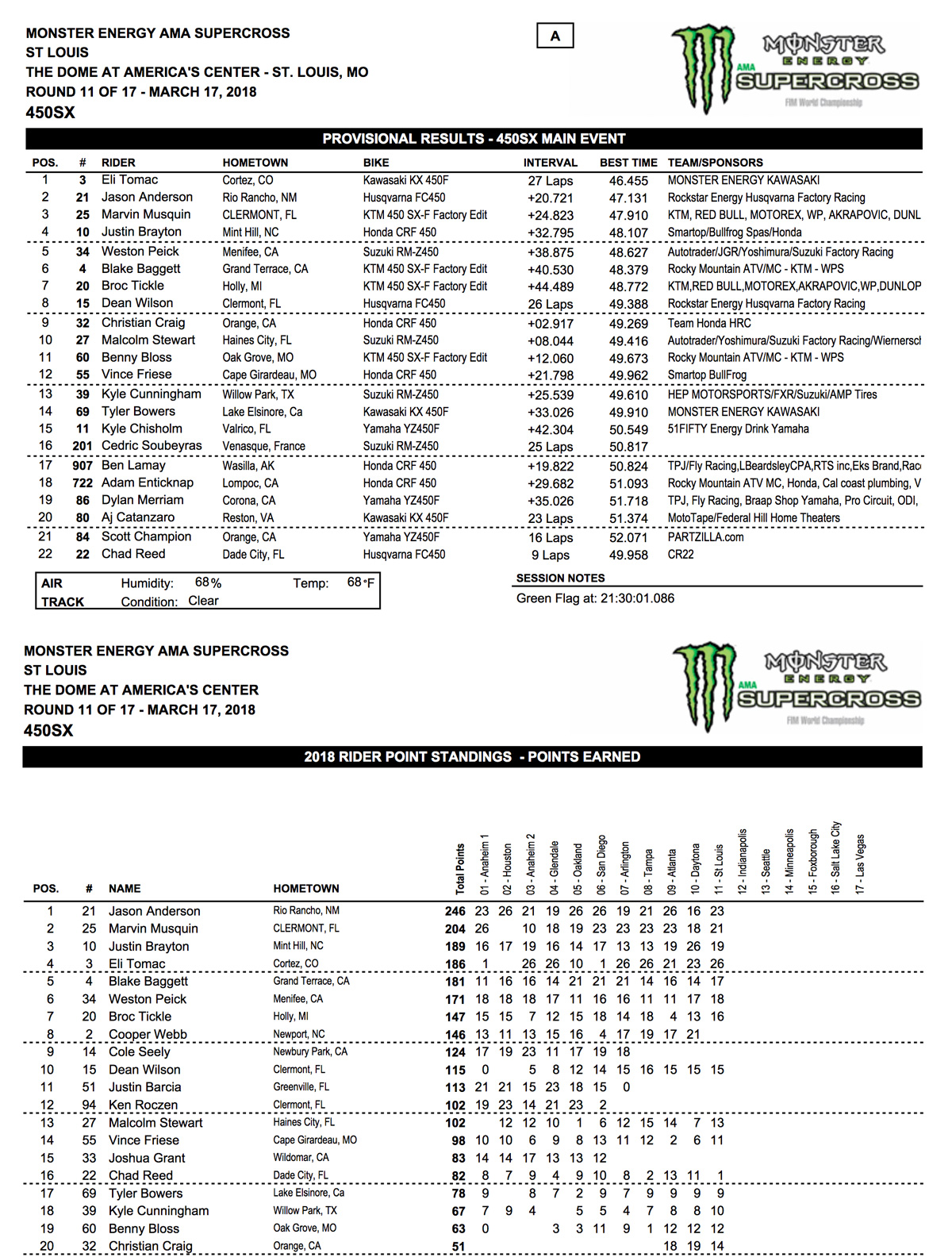 Supercross round 11 results and championship standings 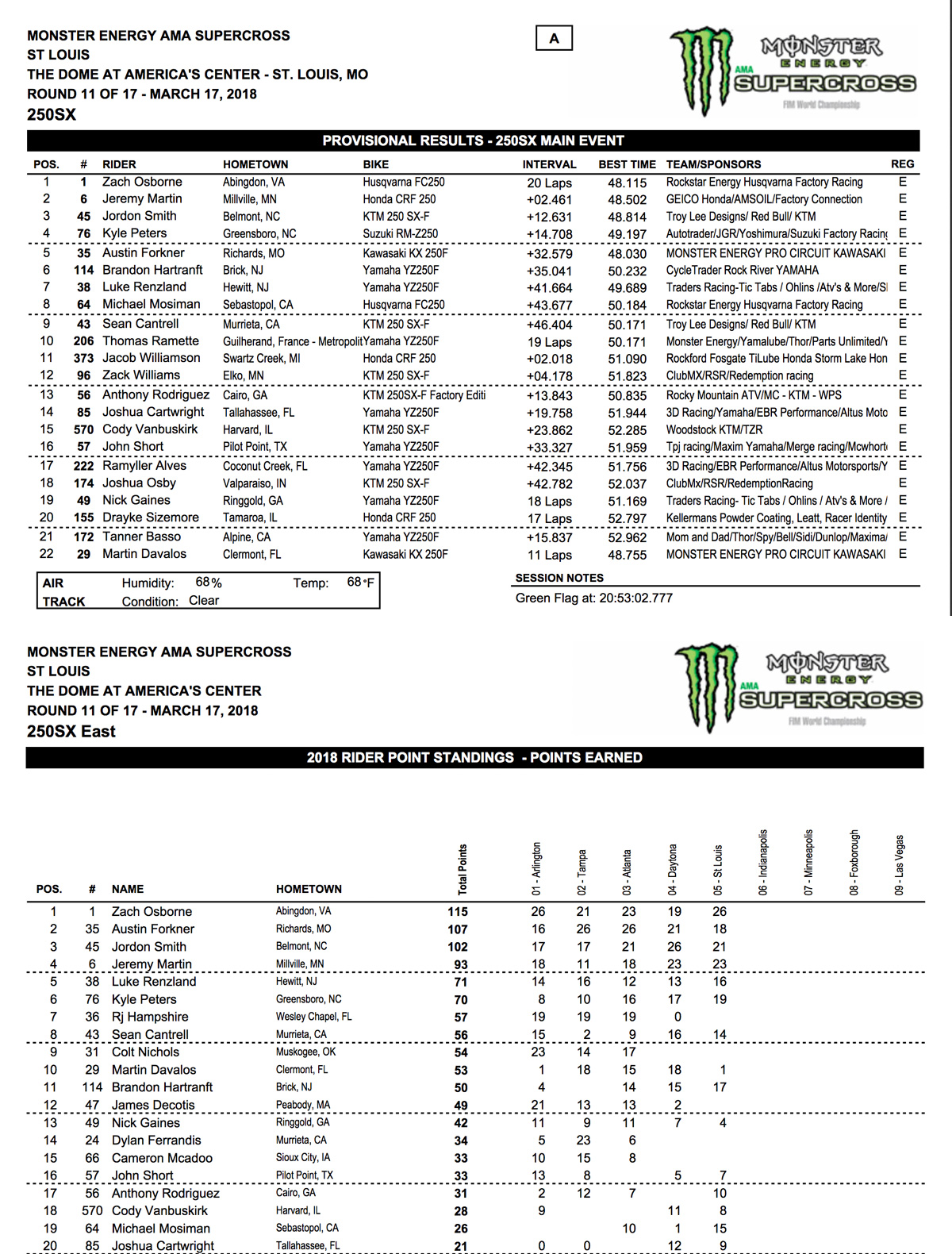 250 East round results and championship standings