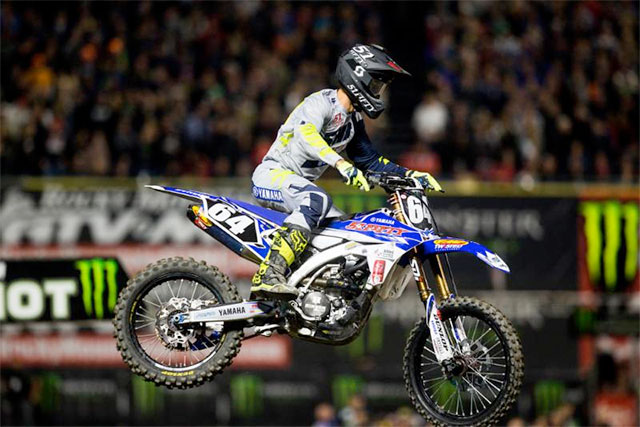 After losing, what appeared to be a certain 2016 Australian Supercross championship, due to a mechanical issue in the final race, luck once again deserted Australian Hayden Mellross at the AMA Monster Energy Supercross season opener at Anaheim last Saturday night.

The 51FIFTY Energy Drink Yamaha rider made it straight through to the 250SX class with a 5th in his heat race and all looked good for the main event.

As the gate dropped for the 250 main Mellross showed aggression and determination right away as he battled into 3rd after the first few corners. While holding down 3rd in the opeening lap his machine suffered an electrical malfunction, forcing him out of the race.

‰ÛÏIt was great to finally be out there racing and see where my speed actually was against that stacked West SX field,‰Û