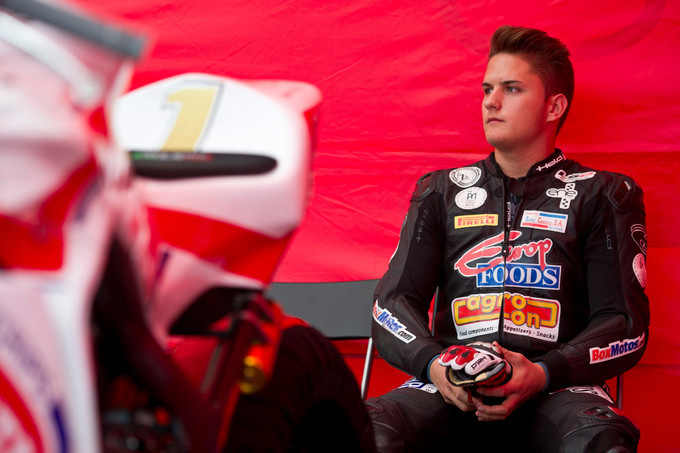 Young rising star Javier Orellana is ready to take on a new challenge in his already extensive career, in the European Class of the FIM Supersport World Championship.

The Spaniard will race with team WILSport Racedays as a direct consequence of becoming Champion in last year‰Ûªs European Junior Cup, powered by Honda. The 18-year old, currently residing in Palma de Mallorca, has been competing at international level since he was 11.

He eventually graduated to WorldSBK‰Ûªs entry-level category ‰ÛÒ that has been under Honda‰Ûªs wing since 2013 ‰ÛÒ the right breeding ground to show his talent and speed while growing as a professional racer around some of the most iconic racetracks in Europe.

Like former EJC rivals Jake Lewis and Augusto Fernandez before him, Orellana was granted a supported ride with a Honda team in the European, 600cc-powered class of World Superbikes. But as the STK600 is now merging with World Supersport into a brand-new category, Javier will have the chance to fight side by side with some of the most acknowledged and talented stars in motorcycle racing.

‰ÛÏI feel very privileged to be able to be competing in such a prestigious championship. I will be racing only the European rounds, but it will still be against some incredible riders. It won‰Ûªt be an easy challenge but I‰Ûªm sure that with some hard work we can do well. I‰Ûªm also very happy to continue being part of the Honda Racing family,‰Û