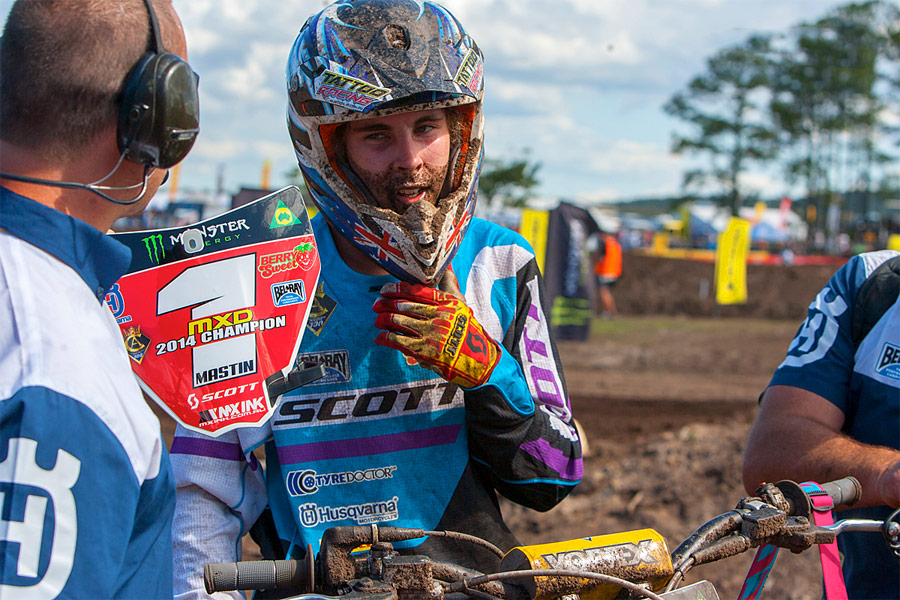 Husqvarna factory rider Egan Mastin is the 2014 MX Development Series Champion after a Husqvarna domination of the final round of the Under 19 series at the Monster Energy MX Nationals finale, which took place at Coolum today.

The 16-year-old Husqvarna TC 250 rider rode intelligently for second on the day to wrap up the series for the Craig Anderson-managed Husqvarna factory team.

‰ÛÏIt definitely feels awesome to take this championship home, and I worked very hard as did everybody on the team, especially my dad, who puts in 110%." Mastin stated. "At the start of the year I was going to be a junior still, but Ando took me under his wing only a couple of months before the season started, and after I got second of Broadford I knew I could win.

"It was definitely an awesome day, and I can't thank everyone enough."

Team Manager Craig Anderson could not have been more proud of his young charger.

‰ÛÏI feel good, that's a bit of pressure off with Egan winning the championship." Anderson admitted. "At the start of the year he was actually going to stay junior, but I convinced him that going to senior was a good move.

"Initially I think he was happy to go top-five, then we got to the first round and he was on the podium, and suddenly top-five was out the window and we wanted to win. He put his head down, and worked hard all year and he got stronger and stronger. Credit to him, it was good to work with him. 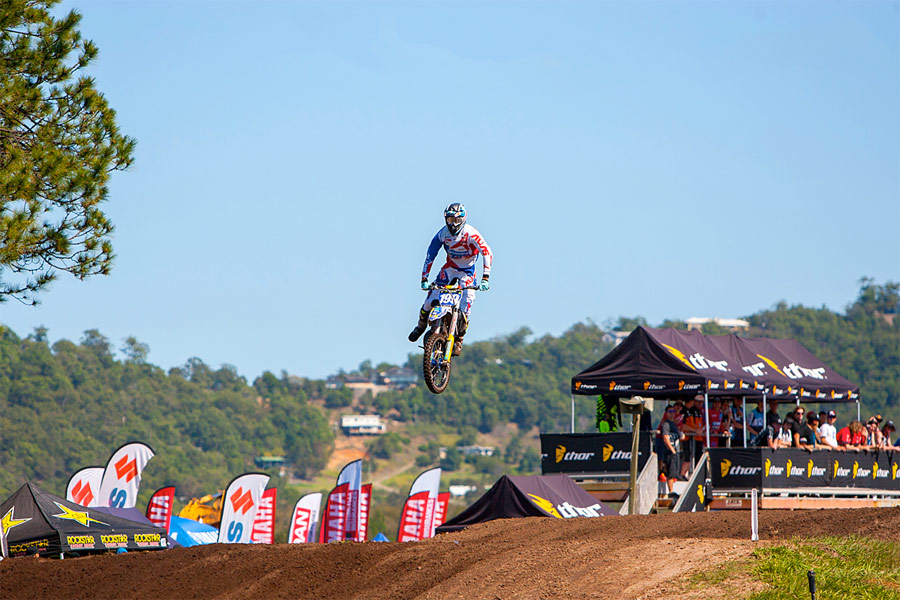 Nathan Crawford made it a 1-2 result in the MXD championship for Husqvarna - Credit: Aaryn Minerds
While it was Mastin who took the season honours, it was Husqvarna support rider Nathan Crawford who was the star of the show out on a tough and sandy Coolum track.

Crawford dominated all three motos to lead a Husqvarna one, two on the day, and likewise in the championship (order reversed) as his perfect pointscore relegated KTM's Jack Simpson to third.

‰ÛÏI felt good all day, I wish I would have had days like this earlier in the season, but that's motocross, it's the most brutal sport in the world." Crawford reflected. "Coming away with three wins today I was pretty pumped on that, and it was great to end the season on a high.

"Congratulations to Egan, he's obviously had a really consistent season this year, and a Husqvarna 1, 2 is probably the best way to end the season!‰Û 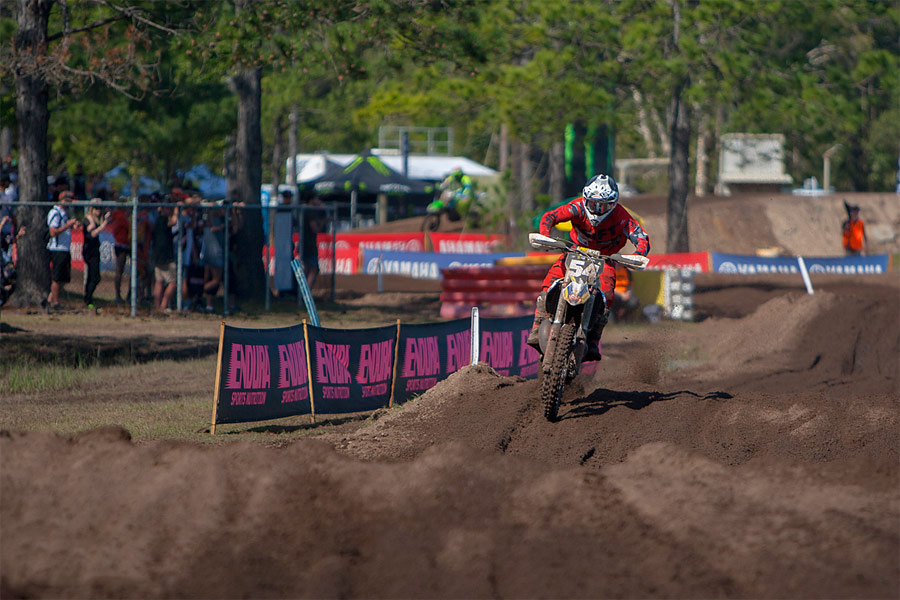 Luke Arbon was outstanding all season long, finishing the MX2 championship in 3rd position - Credit: Aaryn Minerds
In MX2 racing, Luke Arbon looked on track for another fantastic late-season performance after two second-place finishes behind runaway winner Caleb Ward, until a heavy crash in the final moto knocked him out both of the race and a well-deserved second place in the championship.

‰ÛÏThe day started off well - I had two seconds to Caleb; he was killing it." Arbon stated. "But I was pretty comfortable on the rest of the field, and I had Clouty behind me, which was what I needed to do.

"In that last Moto, unfortunately I went down in the first turn, which left me with some mud on my hands, and when I came around to the big jump my hand slid off the throttle, and I had probably the biggest crash I've had for a long time.

"I'm just happy that I could walk away from that, and still come away with third in the championship. I can't thank the SD3 Husqvarna team enough, for getting me out on the track.

"I just kind of found my Mojo and really started enjoying riding again, so I've won in that respect. I'm really having fun, and looking forward to Supercross, and next year and fighting for a title.‰Û 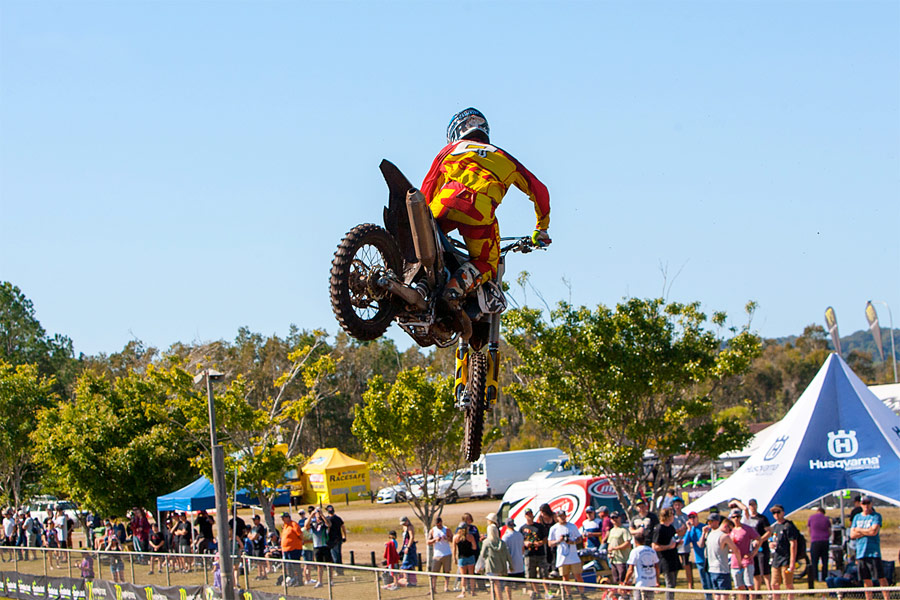 Brock Winston finished his first season in the MX1 class in a very respectable 10th position - Credit: Aaryn Minerds
In MX1, Husqvarna rider Brock Winston used a 10th place finish at his home track to secure his goal of a top-10 overall finish in his first year in the premier class, while Brad Groombridge slipped to 15th on the day after crashing twice in the final Moto.

‰ÛÏFor sure, this was definitely the toughest track of the year." Winston stated. "I'm on my practice bike, which had a lot of hours on it, but I was pretty consistent for the day.

"I came from outside the top 10 this year to almost the top five, and it would have been nice to do that at my home track too but it just wasn't happening for me today.‰Û