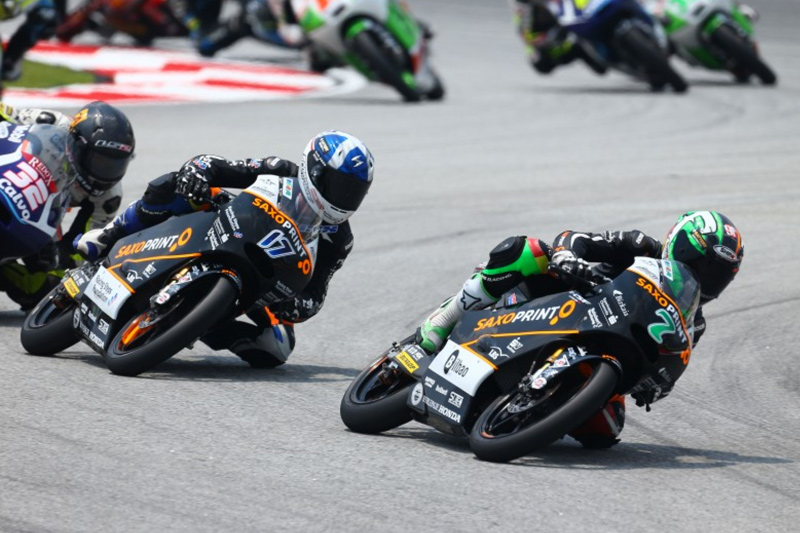 Efren azquez won a breathtaking Moto3 race in Sepang on Sunday the 26th of Ocotber by nail-biting two tenths of a second ahead of Australian Jack Miller aboard his Ajo KTM.

Positions changed every corner and there was plenty of bumping and barging. At the start of the final lap there were seven riders in the lead group, though that changed when front-row starter John McPhee (SaxoPrint-RTG Honda NSF250RW) slid off, leaving six men in with a chance of victory.

Vazquez made superb use of his Honda's impressive power to grab the lead as the pack sped down the back straight for the last time and just fended off Miller on the dash to the line, with Rins a further 0.172 seconds down and Danny Kent (Husqvarna), Marquez and Alexis Masbou Ongetta-Rivacold Honda NSF250RW) in their wheel tracks.

‰ÛÏMoto3 is always so close, so it's never easy to make a plan for the end of the race." Vazquez admitted after his win. "Even more so than usual, everyone was riding really aggressively, especially Marquez and Jack who are fighting for the championship.

"I tried to do my best but not to be too risky because I didn't want to affect their chances in the championship. Anyway, I have my own personal battle for third overall with Rins, so I tried my very best at the end and it worked perfectly." 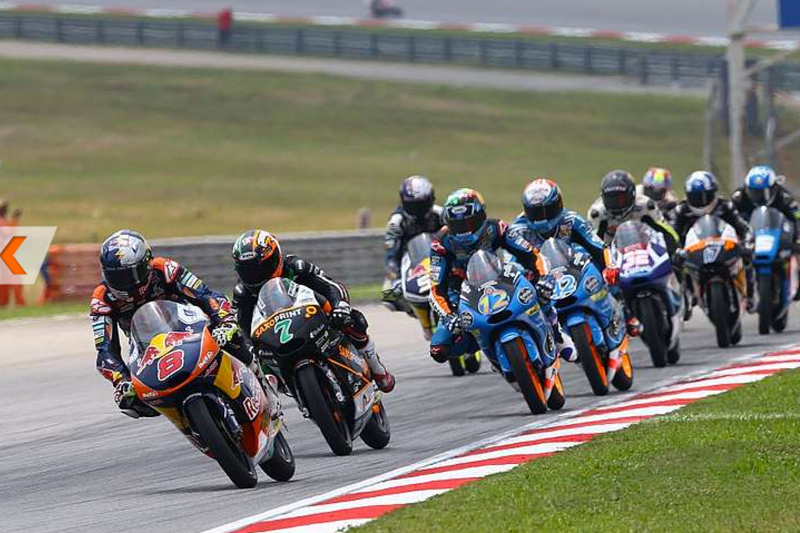 "We are very pleased with the result we achieved today." Miller said. "It almost felt like we had won the race.

"We recovered a few points that we had dropped over the course of a couple of races and now we have only one chance. I definitely did what I had to do to survive and to take the championship to Valencia.

"For the last race we will have to work hard and try to do our best."

Marquez who has spent many laps banging bars with Miller during the year with both riders forcing each other into mistakes due to aggressive riding throughout 2014 had to settle for 5th place after a protest his team lodged against Miller at the conclusion of the race in Sepang was dismissed.

‰ÛÏThe TV footage speaks for itself; it was a very hard fought race." Marquez said. "I had to go very carefully at all times, because there was a title at stake. Perhaps I was overly cautious, but in the end I did the right thing.

"We stayed on the bike and, although I had to settle for fifth place, luckily Miller did not win.

"I'm happy because we scored some very important points. I would have liked to have won the race and clinched the title here, but the important thing is that we lead going to Valencia." 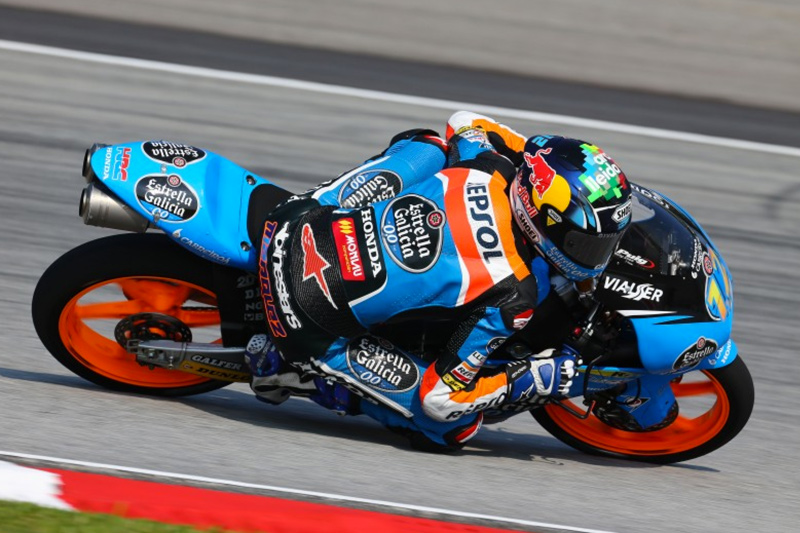