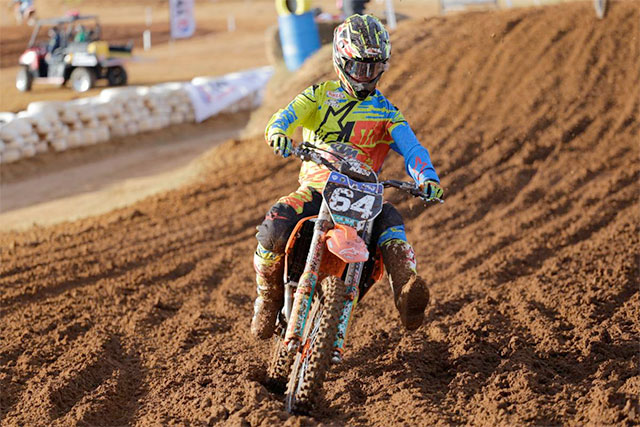 Raceline Pirelli KTM‰Ûªs Dylan Wills will fly the team flag solo this weekend, with the MX1 and MX2 classes making the long trip over to Western Australia for round five of the MX Nationals.

Despite Pirelli MXD KTM pilot Wade Kirkland previously considering making the trip west to race in the MX2 class as a ‰Û÷wildcard‰Ûª, the KTM backed team have opted to field just Wills this weekend, allowing Kirkland to focus on school and training during the mid-season break.

With Wills set to take on the deep sandy terrain in just two short days, the talented Newcastle rider shared that the team have had additional time to test, and are hoping to head in to the mid-season break with solid results.

‰ÛÏI'm looking forward to Wanneroo! Chris Woods and I came home between rounds and we've been out testing and found an awesome base setting for the sandy conditions,‰Û