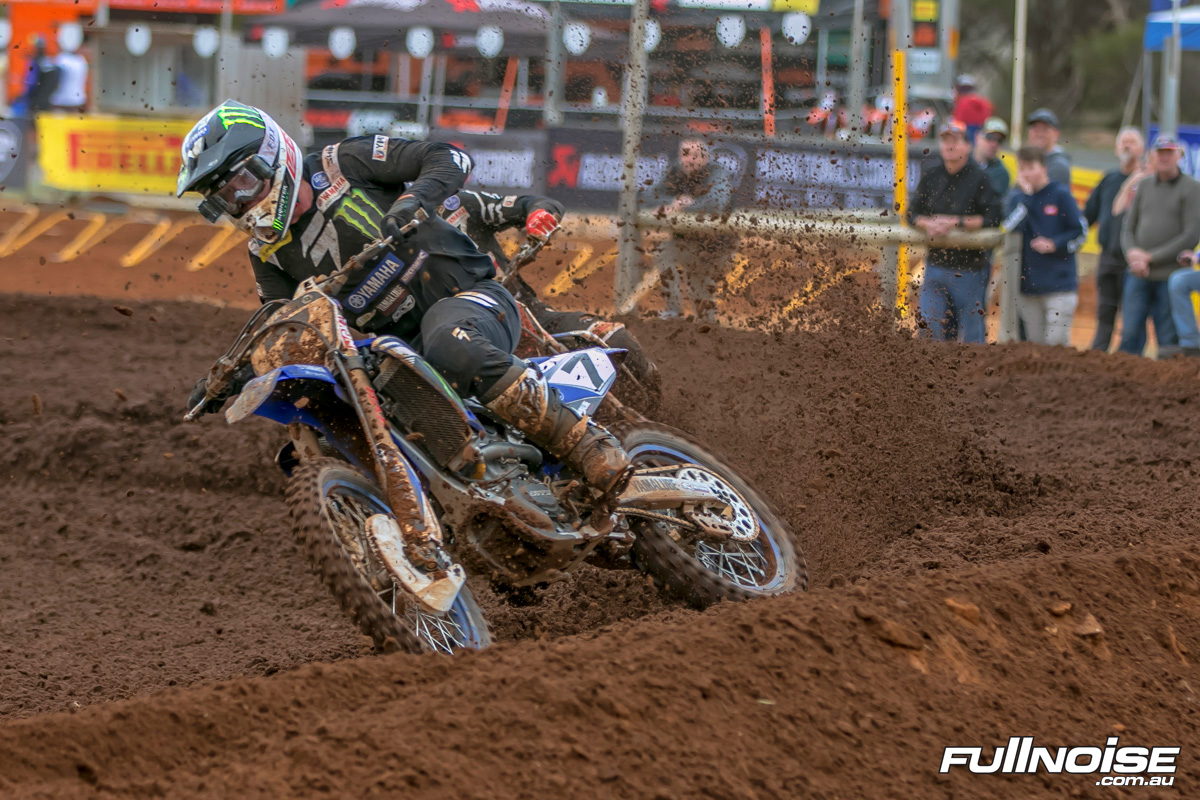 Dylan Long was impressive at the start of Moto 1 holding the field at bay for half the moto but dropped back to 8th by race end. Photo: Aaryn Minerds
Dylan Long experienced another up and down day at round five of the Pirelli MX Nationals at Murray Bridge in South Australia.

CDR Yamaha Monster Energy Team star finished eighth in the opening moto after running up the front in the early stages before coming under siege from the fast-moving pack closing in behind him.

Moto two was better with the Victorian finishing in fourth place and the combined 8-4 results landed him in sixth overall for the round.

‰ÛÏMoto one was a bit of a struggle as I didn‰Ûªt get a chance to settle into the race and was instantly under pressure from the riders behind me,‰Û