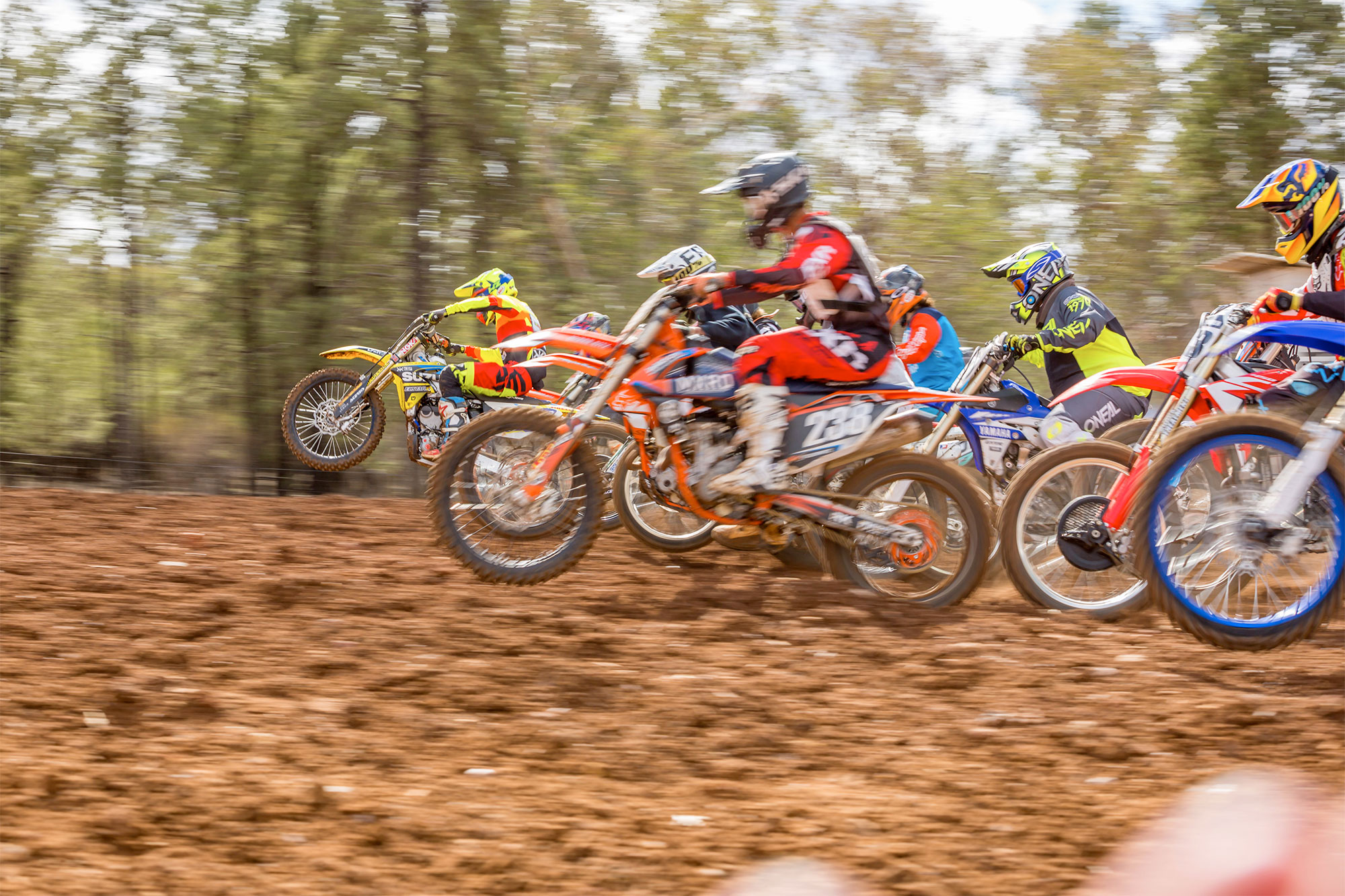 The Mac Daddy Cup commemorates local club member, Mitch Mackay, who passed away in 2014 after a battle with Ewing‰Ûªs Sarcoma, a rare form of bone cancer.

Over $4,000 was raised at the event, with all proceeds donated to Dubbo locals Emma Bolton and Andrew Tomlins to support them with their own battles with cancer.

With some of the best riders in the state travelling from as far afield as Coffs Harbour, Sydney, Wagga and Cobar, the racing was fast and furious.

In the Mac Daddy Cup feature race the old boys showed the young bucks how to do it with Jason Redding dominating all five of the shoot-out races to claim the $1,000 first prize. Luke Harding wasn‰Ûªt far behind in second, followed by Brad Rankmore in third, Kane Fischer in fourth, and Ryda Deveson rounding out the prize money in fifth.

The highlight of the Mac Daddy Cup, though, was the mystery celebrity rider dressed as a giraffe racing Mitch Mackay‰Ûªs old KX450 bike in an entertaining tribute to Mitch which thrilled the crowd.

Luke Harding followed up his podium in the Mac Daddy Cup with a win in the Senior Opens, ahead of Brad Rankmore in second and Jason Redding in third.

The All Powers A Grade was won by Ryda Deveson, followed by Luke Harding in second and Brad Rankmore in third, while Luke Holcombe took the win in B Grade, with Shane Menzies in second and James Tristram in third.

Ryda Deveson also took out the Senior Lites A Grade, with Kane Fisher in second and Dom White in third. B Grade Lites was won by Will Berryman, followed by Cameron Standing in second and Ben Barlow in third.

Jason Redding backed up his win in the Mac Daddy Cup by winning the Over 35‰Ûªs, ahead of Jody Dray in second and Shane Menzies in third.

In the Women‰Ûªs Opens class Emma Bennets took the win ahead of Jayde George in second. The Girls were represented by Chloe Richards, Kolbie Berry, Kaitlyn Hall and Lou Lou Selliger.

The Junior Lites class was taken out by Brock Deveson, followed by Hayden Campbell in second and Justin Harrow in third place.

Justin Harrow moved to top place on the podium in the Under 16‰Ûªs 85cc class, with Clancy Clatworthy taking out second and Campbell Hall in third.

In the Under 12‰Ûªs 85cc class, Byron Dennis led the field to first place, followed by Jonty Hatton in second and Tom O‰ÛªDwyer in third.

In his last practice race before heading off to the World Junior Motocross Championships at Horsham in Victoria this weekend, Jack Deveson took the win in the Under 12‰Ûªs 65cc class, with Tom O‰ÛªDwyer in second and Ryan Eade in third.

Jake Doyle took out first place in the Under 10‰Ûªs 65cc class, followed by Asher Morse in second and Lou Lou Selliger in third position.

The 50cc High Powers was taken out by Tyler Eade, with Will Cale in second and George McDonald rounding out the placings.

The Harrow‰Ûªs Transport Encouragement Award was won by Kyan Hatton.

Raffle tickets in a KLX110 motorbike will be available at Robertson‰Ûªs Motorcycles in Dubbo until the Club‰Ûªs presentation day in October, with all proceeds going to support Emma and Andrew in their fight with cancer.