A weekend of consistent racing has resulted in the Peter Stevens DPH Yamaha team gaining more crucial Championship points at Round 3 of the Australian Supercross Championship in Wayville, South Australia.

Lawson Bopping headed into round three focusing on his health and fitness and it was evident in his racing.

A stand out during qualifying, taking a second place finish in the opening heat he was confident af challenging for a podium finish when the main event rolled around later in the evening.

I small crash early in the race put him out of contention for a podium finish, but Bopping left the round content with how he rode out the 20 lap final.

‰ÛÏRound 3 was a much better day for me. I rode much better this weekend, which I am happy about." Bopping commented. "I had a small tip over early in the main but before that I was running in the top three.

"Overall it was a good event, awesome dirt, good track and a lot of atmosphere‰Û 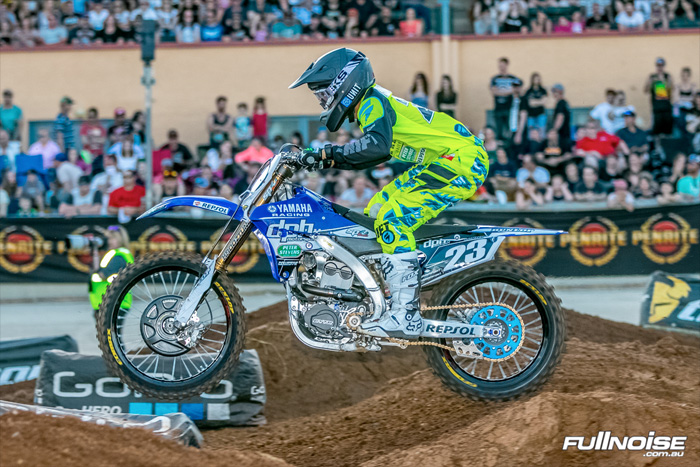 Coming off a high of third place in his debut SX2 ride for the team at Jimboomba Wade Hunter headed into round three cool, calm and confident.

After comfortably securing a main event berth with a fourth place finish in his qualifying race, the Yamaha YZ250F pilot was caught up in a number of crashes in the main event leaving him to finish in 8th position.

‰ÛÏI‰Ûªm disappointed with my weekend." Hunter admitted. "I feel like I had good speed all day and then got caught up in three different crashes on the first lap.

"I then got back to 6th but jumped off the track with two laps to go and lost a few spot." Hunter added.