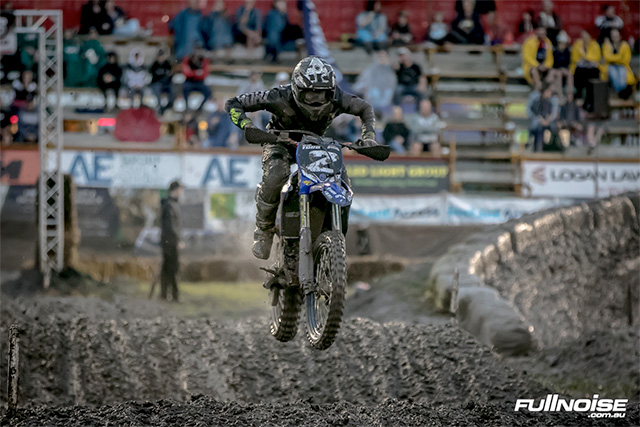 The final round of the 2017 Australian Supercross Championship, and the final outing in 2017 for DPH Motorsport, proved to be a tough one with rain turning the entire venue into a mud pit.

After a stellar start to the days racing saw both Wilson Todd and Kade Mosig take their respective heat wins, it was mixed emotions once again come the end of the night.

With the rain set in Wilson Todd wasn't to stressed about the conditions as he set about hunting down the SX2 championship win. In the end it wasn't to be though with championship leader going into the round Jackson Richardson finishing 4th while Todd finished 7th, leaving him with 2nd overall for the championship and Richardson securing the title.

"I wasn't worried when the rain rolled in, I'm comfortable riding in those conditions, so when it came time to qualify I rode around then put in a few faster laps and parked it up," Todd explained.

"I got similar strong starts in both the heat race and final, but hitting a soft spot in the first section threw me off track and put me in the pack, and few more mistakes by me and a few others made it hard to move forward. I'm really happy with the how I rode all championship, and I got stronger as the season went on.

"Congratulations to Jackson Richardson on taking the Championship and a huge thank you to Dale, Ben and the entire DPH Motorsport team, along with all our sponsors and supporters for believing in me all year. To have 2nd in both motocross and supercross is incredible!" 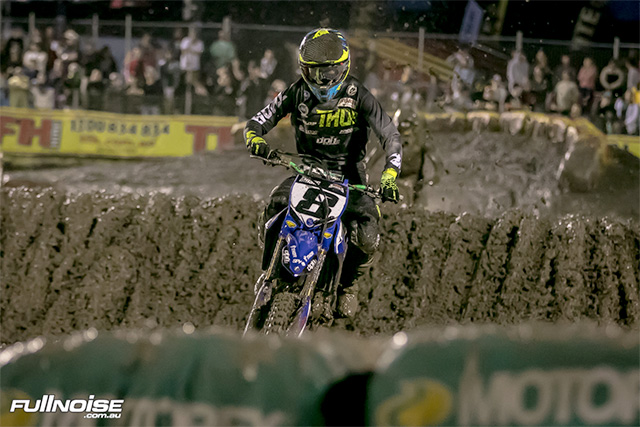 "What a way to finish 2017" said Mosig. "A good start in my heat put me in control of the pace and I managed to win with a comfortable margin , so come the main I focused on that start and managed to get round the first turn in front, the rest of the race was a battle to get around, and I felt like I had a good rhythm, despite slipping and sliding all over the track just like everyone else, at one point I launched over a berm!

"By the end, I was in a lot of pain and that chequered flag couldn't come fast enough. I had an up and down series, not exactly the results I set out for, but happy to get a couple of podiums. A huge thank you to the team and our sponsors for sticking by me and giving it everything we had all the way to the end. Also a big thanks to the promoters for giving us an Australian Supercross Championship to race. Thank you and bring on 2018!"

The conditions put a bit of a damper on the end of the season but for Team Owner, Dale Hocking he was happy with his team and riders.

‰ÛÏThat's a tough way to finish out the year, but I couldn't be prouder of our entire teams performance all year," said Hocking.

"A lot of people don't realise that Kade tore his hamstring with a few laps to go, so even just to finish that race let alone come in 2nd is incredible. It's hard to even image the pain he was in trying to negotiate that track. And for Wilson to take home second in the SX2 Championship is an amazing result. I can't thank our riders, mechanics and sponsors enough for their support, dedication and drive. The reality is that we're a privateer race team and to have results like we've had all year is a credit to everyone involved".

With the season now over, DPH Motorsport heads back to the Melbourne based workshop for a week's worth of cleaning before regrouping and executing plans for the 2018 motocross, supercross and ASBK seasons.