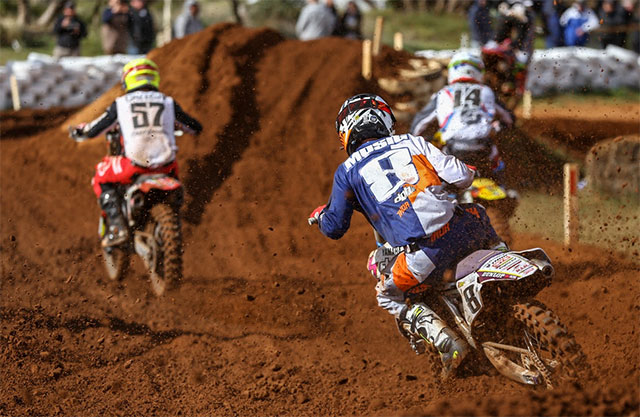 DPH Motorsport's rider Kade Mosig has jumped to third in the Thor MX1 Championship following a consistent weekend at round five of the Motul MX Nationals at Murray Bridge, SA, while teammate Wilson Todd has retained the Motul MX2 championship leaders red plate.

Mosig carded a pair of fourth's, for fourth overall, while team-mate Wilson Todd finished the weekend 5th overall with a 5th & 4th to retain the MX2 Championship lead.

Team Owner, Dale Hocking was happy with his teams effort heading into the mid season 5 week break. "It was a solid weekend for us really," Hocking said. "Conditions at Murray Bridge were considerably better than last weekend at Horsham, even despite inconsistent downpours throughout the day.

"Kade showed his potential in race 1, moving through the field, consistently the fastest on track in the later stages, and then backed that up in Race 2, sticking with the lead group of Kirk Gibbs, Brett Metcalfe and Dean Ferris, well in front of majority of the factory teams.

"For Wilson Todd, it was more a case of taking care of the knee by riding with with his head to gain points without making mistakes and he did a great job doing just that. We leave South Australia, the halfway mark of the championship, with 3rd in the MX1 class and 1st in the MX2, it's not a bad position," Hocking concluded.

Kade Mosig feels comfortable with his position and speed for the first half of the championship.

"It feels good to move forward in the championship to third," Mosig said. "I felt comfortable on the bike, and it showed in my lap times, especially in the second half of the moto's working past some fast guys in race one, and sticking with the lead group in race two. I'm competitive though, so I won't really be happy until I'm on the top step of the podium! With 5 weeks until Nowra, it gives me some time recover and regroup before getting back onto the bike". 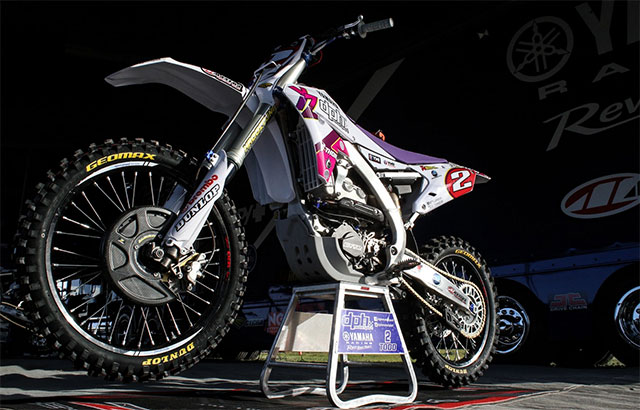 Wilson Todd's Retro Yamaha YZ250F at Murray Bridge
Despite riding with an injured knee, sustained at the previous round at Horsham last week Wilson Todd was happy to put in a consistent day and leave still in the lead of the MX2 championship.

"After Horsham, my knee wasn't great, so I spent the week off the bike" Wilson explained. "Murray Bridge has never been a good place for me, so I'm honestly happy to leave there retaining the red plate and a decent break in the championship to allow me to heal up properly. We've now hit the halfway point in the MX Nationals Championship and take a five week break before returning to racing in Nowra, NSW on July 2nd."