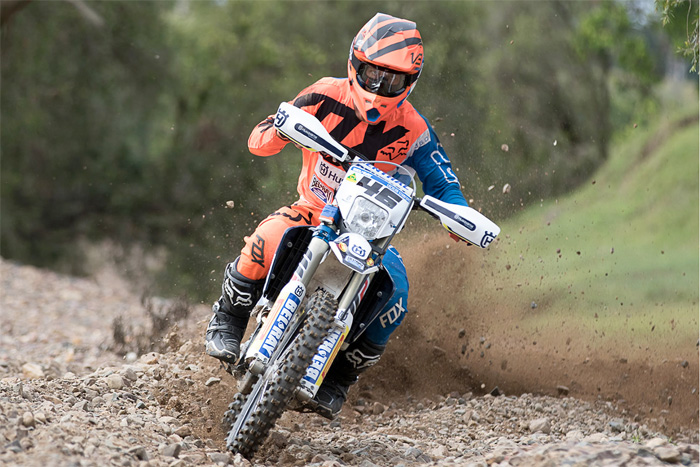 Husqvarna Off-Road Team lead rider Lachlan Stanford has stretched his lead in the E3 category of the Australian Off Road Championship after two hard-fought, back-to-back wins at the series fifth and sixth round at Miva in Queensland.

Stanford fired his powerful Husqvarna FE 501 to fourth outright during Saturday‰Ûªs opening sprint, then took a well-deserved podium in Sunday‰Ûªs round behind championship leader Daniel Milner, who won both rounds.

Stanford and his big Husqvarna now hold a six-point lead in the E3 class of the nation‰Ûªs premier off-road championship.

‰ÛÏIt‰Ûªs definitely a win for us here with two E3 victories, but I‰Ûªm still craving more outright success, that‰Ûªs for sure. I was riding good, but I felt I was losing a lot in the first two or three tests and then finding my feet and going faster as the day went on." Stanford said.

"I want to fight for the win on Milner‰Ûªs pace. I feel like I‰Ûªm fast, but he‰Ûªs impressively fast. I think he just makes it up with those little one-percenters everywhere. We‰Ûªll go back and do some more sprint testing and riding and try and get a little faster. The FE501 was awesome here.

"When we walked the tests on Friday we thought they were going to be a nice flowy kind of fast, but they ended up being a bit tighter and more technical than we thought. The mechanics did a great job looking after us.‰Û 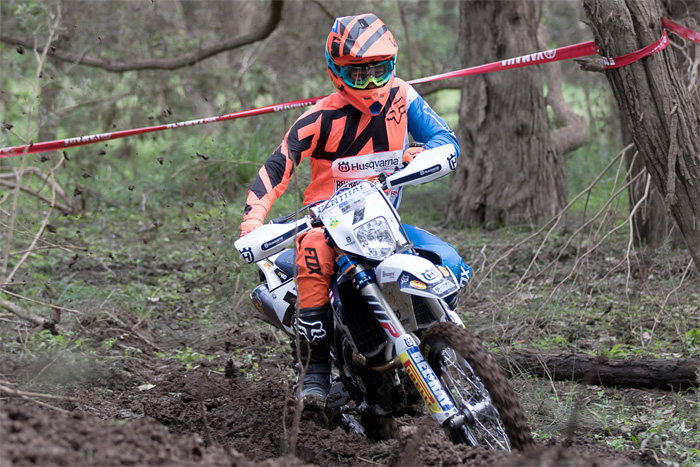 His Husqvarna team mate Broc Grabham toiled to find his groove in the conditions, but wisely worked to the level of his confidence in order to walk away with points rather than injuries, taking 9th and 7th outright and fourth in the highly-competitive E2 class over the two days.

‰ÛÏI‰Ûªm nowhere near where I want to be at the moment, I was just rushing it too much and though I improved in the afternoon I‰Ûªm still off what I know I can be." Grabham commented. "Both days I improved as I went, so it was good to feel like I was getting on top of things.

"The track suited the motocross guys who like to hang it out and go for it, whereas I prefer it a bit tighter and a bit more technical. So I liked parts of it, and then other parts were a bit sketchy and I didn‰Ûªt want to crash or make mistakes. So, I still finished and got some points.‰Û 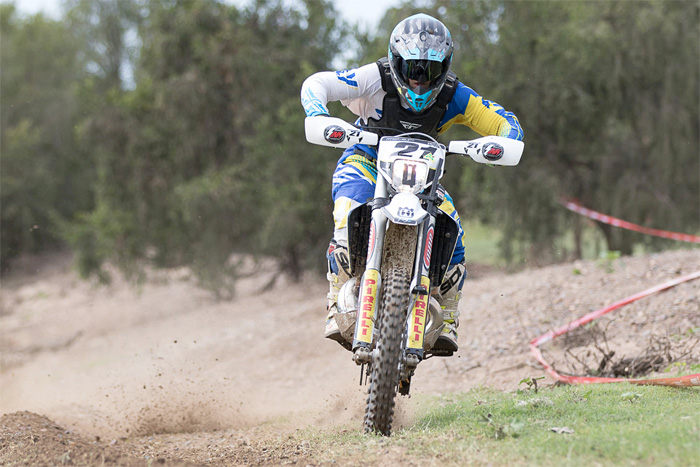 ‰ÛÏWe got faster as we went and our changes with the bikes led to improved confidence as the track cut in, so that was positive. Both riders improved their times and positions on the ladder as we went. Lachy was consistently up there and fighting for the outright podium both days, and after battling with Lyndon was able to get the E3 win both days.

"Broc struggled with confidence here and we just had to try and get him gelling with the track. It came down to the last lap and he moved from 11th up to 8th outright. So, we definitely finished off on a positive.‰Û