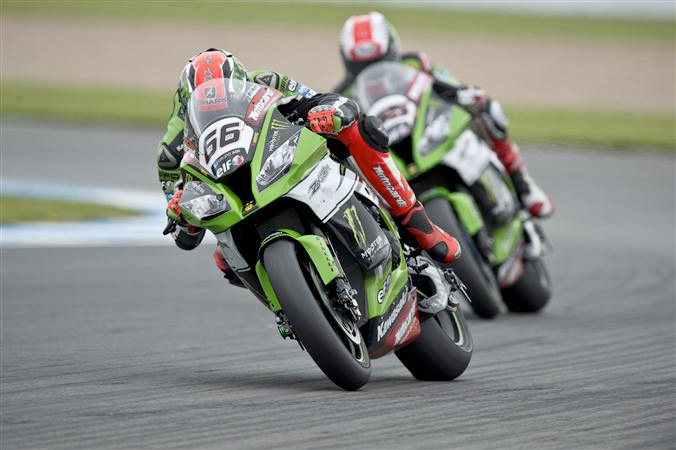 In the sixth round of the FIM Superbike World Championship, held at Donington Park, Tom Sykes (KRT) scored a home double for his first race wins of the season so far while his team-mate Jonathan Rea was second in race one and again in race two, extending his championship lead to over 100 points.

Sykes has now won the last six WSB races at Donington, all for KRT, as he found his best machine set-up of the year to win in relatively cool conditions. He equalled the record of six Donington WSB race wins held by Carl Fogarty and took his career victory total to 24.

Sykes also set a new lap record of 1‰Ûª27.640 in race two, giving him the perfect weekend when his raceday performances are added to his in Superpole qualifying success, at new track best pace on Saturday.

In race one Sykes and Rea had an often-tough battle for supremacy, passing each other regularly to share the lead until near the end of the 23 laps, when Sykes pushed on and Rea had to settle for second.

In race two, with Sykes out front at the start, Rea was ready to make his drive forward but almost fell on lap two at the fast Coppice corner, dropping to seventh place. He kept his composure and despite a severely bent rear brake lever he moved forward, contesting third place by lap 11.

‰ÛÏA full set this weekend - two race wins, pole position and a new lap record." Sykes commented. "After some battles in race one I had a clean start in race two and I went a little bit faster down Craner and into the Old Hairpin to stop any passes, and away we went.

"The bike was really nice and I made some 1‰Ûª27s in the beginning. When I saw that the gap was increasing I just had to be careful in how to manage the race. I was really happy with the race performance because Marcel my crew chief and all the boys have been working really well.

"It is good to win all the last six races here at Donington but there is no real reason why. We are getting there now and I am able to do a little bit more of what I want to with the bike, and it showing.‰Û 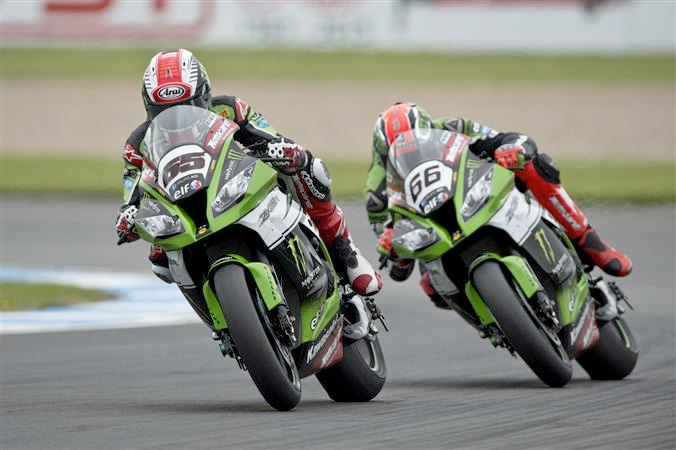 ‰ÛÏI did not accept defeat before the races but Donington is one of those circuits where if there is one place where my team-mate was going to really excel it was here." Rea stated. "I had a big moment in race two and I was really lucky.

"When I found a rhythm I realised that Tom was on a different racetrack today but I could finish second because I knew the pace of the Kawasaki in the second part of the race would be strong. I just put my head down and put some laps together and took second.

"Pere my crew chief has just told me that the championship points gap is in three figures, which I cannot believe. It is incredible, so we just need to keep doing the same.‰Û 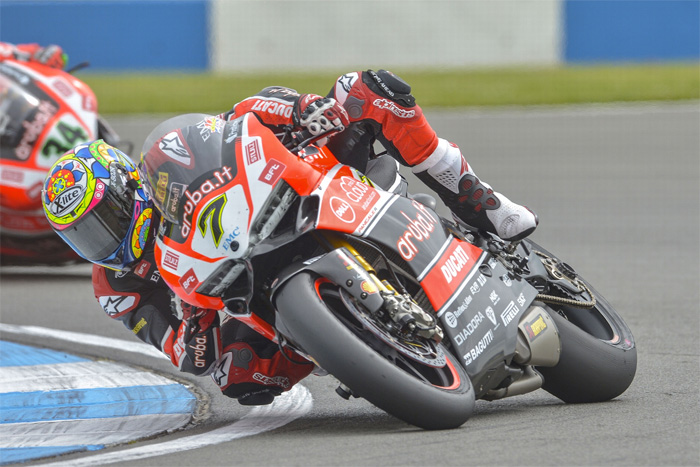 "I‰Ûªm really pleased with today‰Ûªs results." Davies admitted. "The weekend wasn‰Ûªt easy but we worked hard and to finish both races on the podium here is very positive.

"Today we simply weren‰Ûªt on the same level as the Kawasakis and doing any better than third was difficult. In race two I didn‰Ûªt have much grip and also had a small problem off the line that fortunately sorted itself out right away.

"Let‰Ûªs say I‰Ûªve done all I could here today and we can only be happy, especially considering the fact that this has always been something of a bogey track for me. Thanks to my whole team for their great work this weekend and now we‰Ûªll focus on the next races in which I hope we can score some more strong results.‰Û 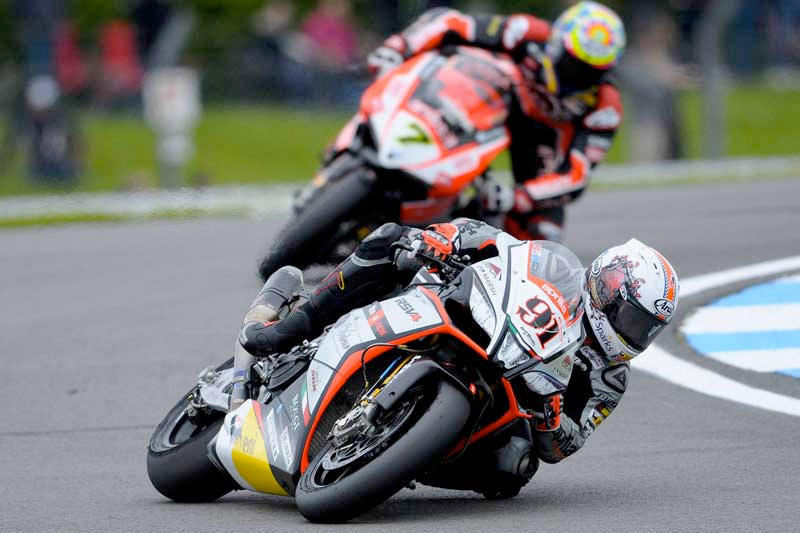 ‰ÛÏI'm fairly pleased with the results today considering my conditions." Haslam said. "Obviously I would have liked to have been on the podium for my fans, but I think that in the end two fourth places are the most we could have aimed for.

"I started well in both races and then I started feeling the fatigue. In spite of it all, even here we showed that we are in the game. I'm looking forward to some tracks that are more favourable for us so I can perform at my best. Now we'll start thinking about PortimÌ£o, a track which should cater well to my RSV4.‰Û 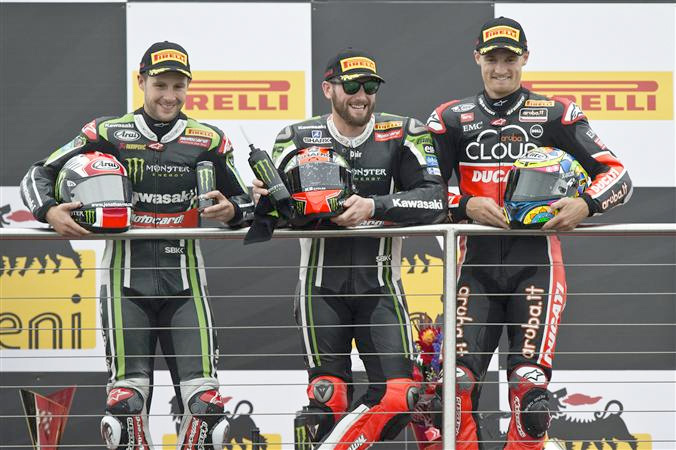 Top Image: Tom Sykes on his way to securing his first wins of 2015