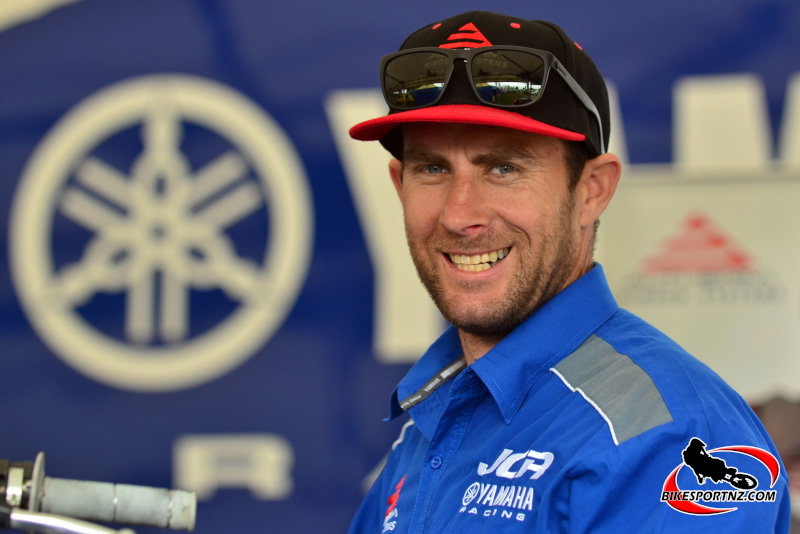 Off road or on it, it seems Motueka's Josh Coppins and his Yamaha YZ450F are hard to beat.

Although his bike is designed primarily for off-road use, Altherm JCR Yamaha Racing Team boss Coppins knew that, with just a few modifications, he had the ideal weapon to win on tarseal as well.

The South Island legend was impressive at each of the events he entered at the annual week-long Burt Munro Challenge this season, taking YZ450F to qualify fastest at the New Zealand Supercross Championships at Winton on Thursday evening ‰ÛÒ before the event was eventually blown away by gale force winds ‰ÛÒ then using the same bike to win the beach races on Friday and then the super motard class on the closed-off public streets of Invercargill on Sunday.

"I was the fastest qualifier at the supercross and was pretty happy with that really," said the 38-year-old former motocross Grand Prix star, now more accustomed to working behind the scenes as the boss of the Altherm JCR Yamaha Racing Team than he is to the actual task of racing bikes.

"Of course, being fastest qualifier doesn't mean necessarily that I would have won the event, if it had gone ahead, but I knew I would have been in the hunt for the title anyway," said Coppins.

"I'd never done the beach races before, so I just rolled up and hoped for the best. After I finished third in the first race, I knew I had the bike's gearing wrong. After that I was sorted and won the next six-lapper. Then I won the 50-lap feature race as well.

"The feature race took nearly an hour and I was concerned about fuel, but I had 17 litres on board ‰ÛÒ a 15 litre tank and a two-litre auxiliary tank strapped to the handlebars ‰ÛÒ but it didn't matter in the end because I didn't need the auxiliary. I was well prepared because I didn't want to be that guy who runs out of fuel with a win in sight," he laughed.

Coppins then switched over the tyres from dirt bike 'knobbies' to road race rubber to race the YZ450F in the super motard class at the inaugural Invercargill Street Races on Sunday.

"I qualified fastest and then won the first race. I actually thought I'd won the second race too but it was red-flagged because of a crash and the result taken back to the previous lap, when I had been in second position."

It was a Yamaha 1-2 in the super motard class with Tauranga's Duncan Hart finishing runner-up on another Yamaha YZ450F, and Reporoa's Casey Bullock (KTM) taking the third step on the podium.

"I thought both Duncan (Hart) and Casey (Bullock) were technically better super motard riders than me," said the motocross ace, "but I learned so much from watching them. "I'll be coming back next year too and perhaps I will race the hill-climb event too." said Coppins.