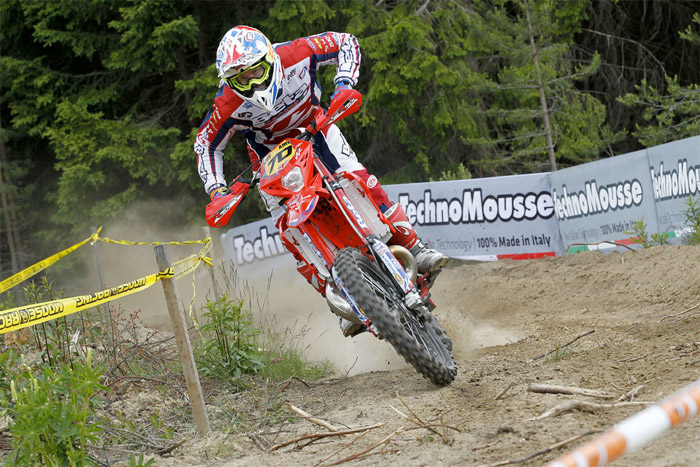 Steve HOLCOMBE has claimed his second and third overall EnduroGP winning results of the 2016 season, battling to a hard-fought victory on both days at the GP of Sweden in Enkoping.

Putting his disappointing day two result at last weekend‰Ûªs GP of Finland well and truly behind him he finished one-minute ahead of overall runner-up Matt PHILLIPS while Third in EnduroGP went to Eero REMES (TM).

With heavy rain falling throughout the night prior to the first day of competition in Enkoping, further rain during the day resulted in a very long, wet and physically demanding seven hours in the saddle. But for HOLCOMBE the day ended in the best possible way ‰ÛÒ with the senior class rookie having not made any serious mistakes on any of the nine special tests.

Winning each of the three enduro tests was key to Steve‰Ûªs overall podium topping result. While just about every other rider made mistakes on the long and technical forest based enduro test at some point during the day, Steve managed to remain mistake free to claim his significant margin of victory.

‰ÛÏIt was a difficult day, but I managed to stay upright and I think that was the key to my result,‰Û 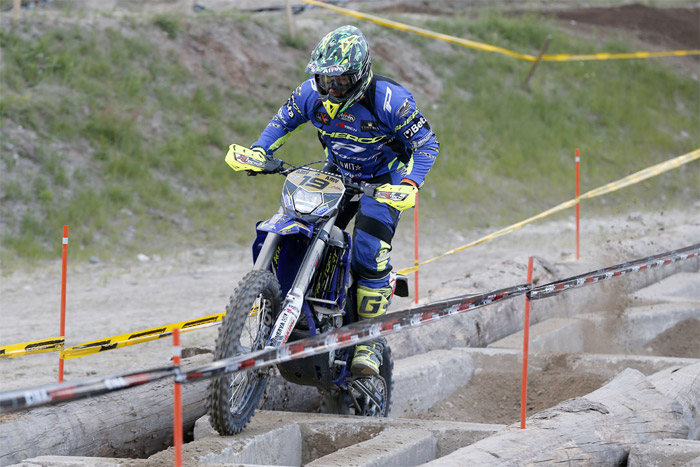 While Matthew Phillips was not able to grab the overall GP win on either day in Sweden, he extended his points lead with 2nd overall on both days
Steve HOLCOMBE (Beta) put the finishing touches to a perfect weekend by topping the overall EnduroGP results on day two.

After finishing comfortably ahead at the end of day one, the young British rider was made to work hard for his victory on day two, eventually placing just three seconds ahead of Matt PHILLIPS (Sherco) with Johnny AUBERT (Beta) a strong third.

Thankfully the rain that poured throughout the opening day‰Ûªs racing in Enkoping was replaced by largely clear skies and dry conditions. But while conditions overhead were vastly improved the damage done to the track on day one resulted in another hugely physical day‰Ûªs racing.

Topping the overall results HOLCOMBE was the rider to beat on four of the opening five special tests on day two but then crashed twice in the third and last enduro test to make things extremely tight at the top of the results.

With both PHILLIPS and AUBERT giving their all in the hope of preventing Steve from securing the win, as it turned out less than five seconds separated the three riders after more than one-hour of racing.

‰ÛÏThe conditions were drier but every bit as difficult as they were on the first day with the ruts, tree roots, rocks and stones,‰Û 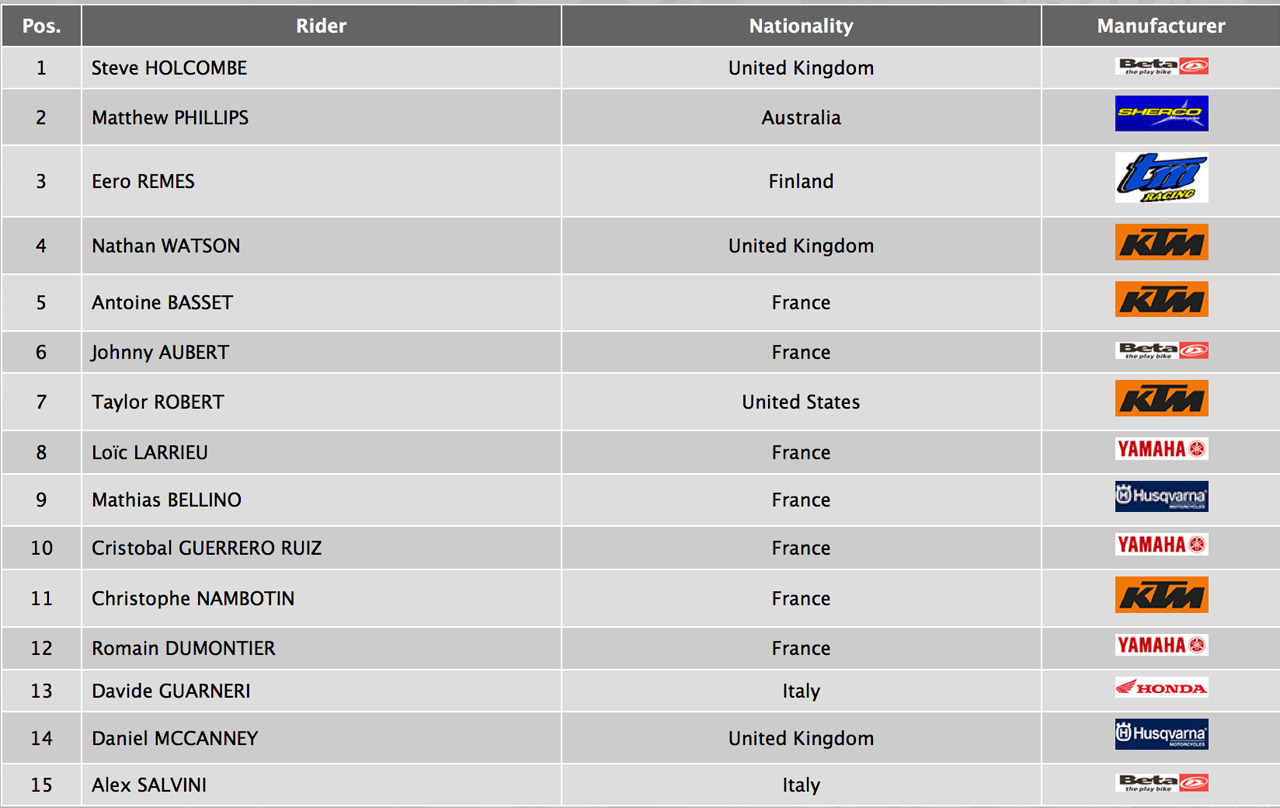 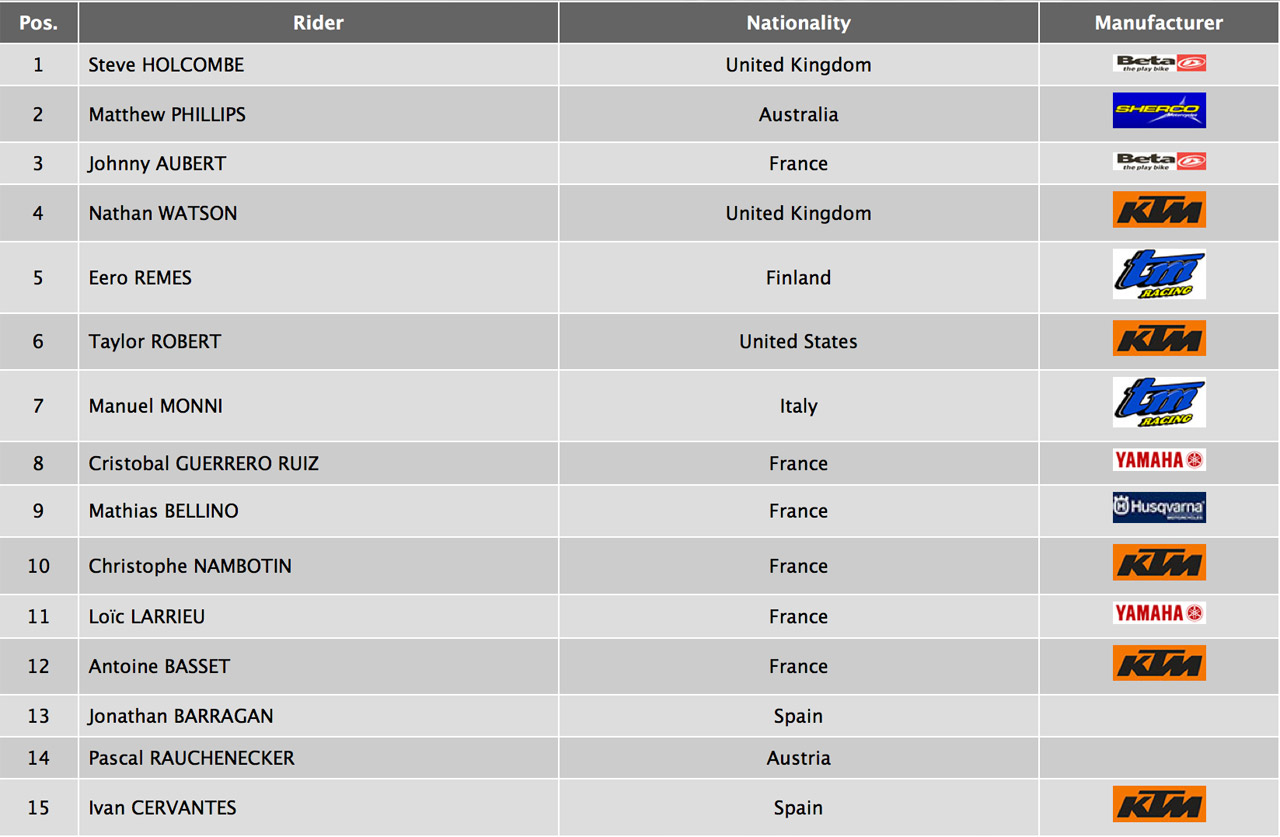 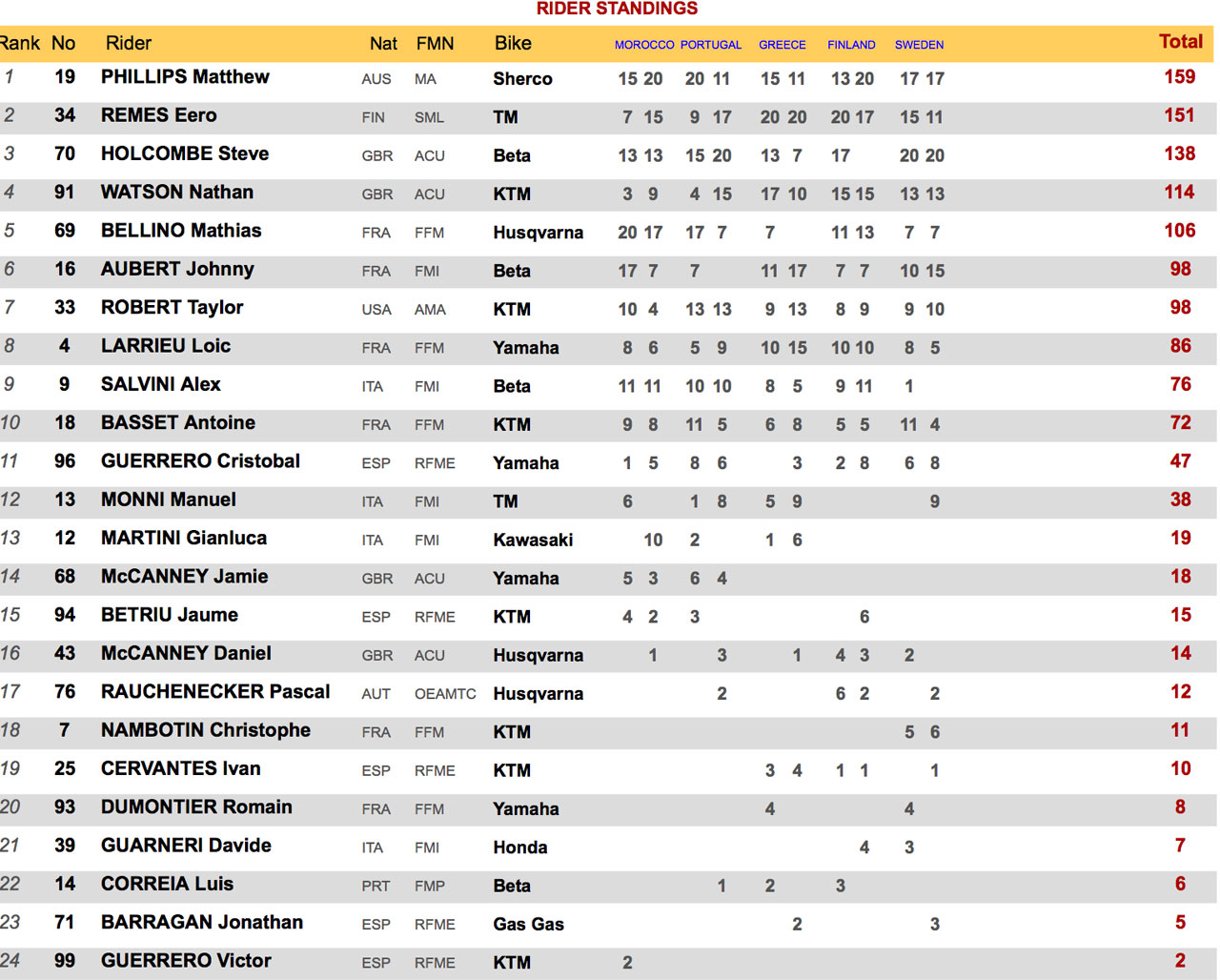