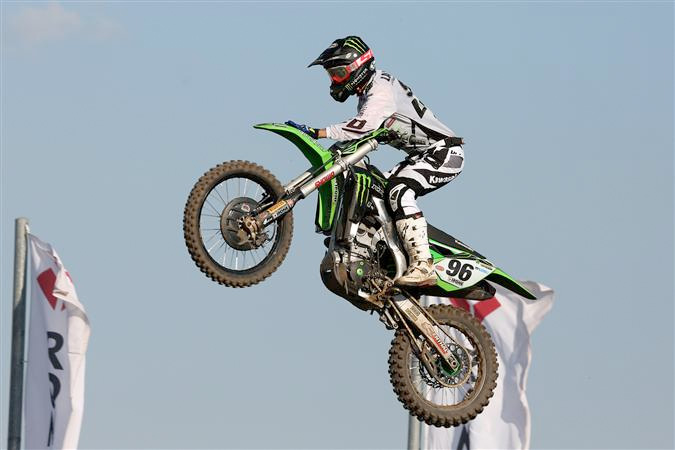 Hunter Lawrence of Monster Energy CLS Junior Team Green raced to a double victory in the third round of the FIM European EMX250 Motocross Championship at Teutschenthal in Germany.

The Australian teenager comfortably won his qualification group and led the opening moto on Saturday afternoon from start to finish for an impressive victory by fifteen seconds.

After another good start in the second moto on Sunday morning he held second place for six laps before moving ahead to win by ten seconds to complete an unbeaten weekend. Hunter is now second in the championship points standings, just twelve points behind the series leader.

Darian Sanayei made it two green machines on the podium as he raced his Bud Racing Monster Energy Kawasaki to third overall, his second consecutive podium. The young American had finished second in his qualifying group, ahead of the series leader, despite suffering with a headache but a poor start in the first moto forced him to charge through the pack for an eventual sixth placed finish.

He led the second moto on Sunday morning for six laps before surrendering the lead to fellow Kawasaki rider Hunter Lawrence and he kept all other challengers at bay to complete a 1-2 for the green machines.

The 6-2 moto results earnt Darian third overall for the weekend and he is now fourth in the championship standings. Teammate Nicolas Dercourt got a ninth overall; fifteenth of the first heat with some vision troubles, he scored a seventh position in the second race to come back tenth in the standings.

‰ÛÏI felt good all weekend long on this track." Lawrence said at days end. "I had a good qualifying session, and got a good start in both races.

"In the first one on Saturday I wasn‰Ûªt pushing too much during the opening laps, just doing my things and got a win. Today I had a good battle with Darian; when I was following him I was taking some rocks on my body but I finally passed him and pulled away. It was a good weekend.

"I want to thanks all my crew and the team; it‰Ûªs good to reward them for all the hard work they‰Ûªve done. Yesterday the track was difficult and rough, but today it was cool as we had many lines so it was easier for passing.‰Û 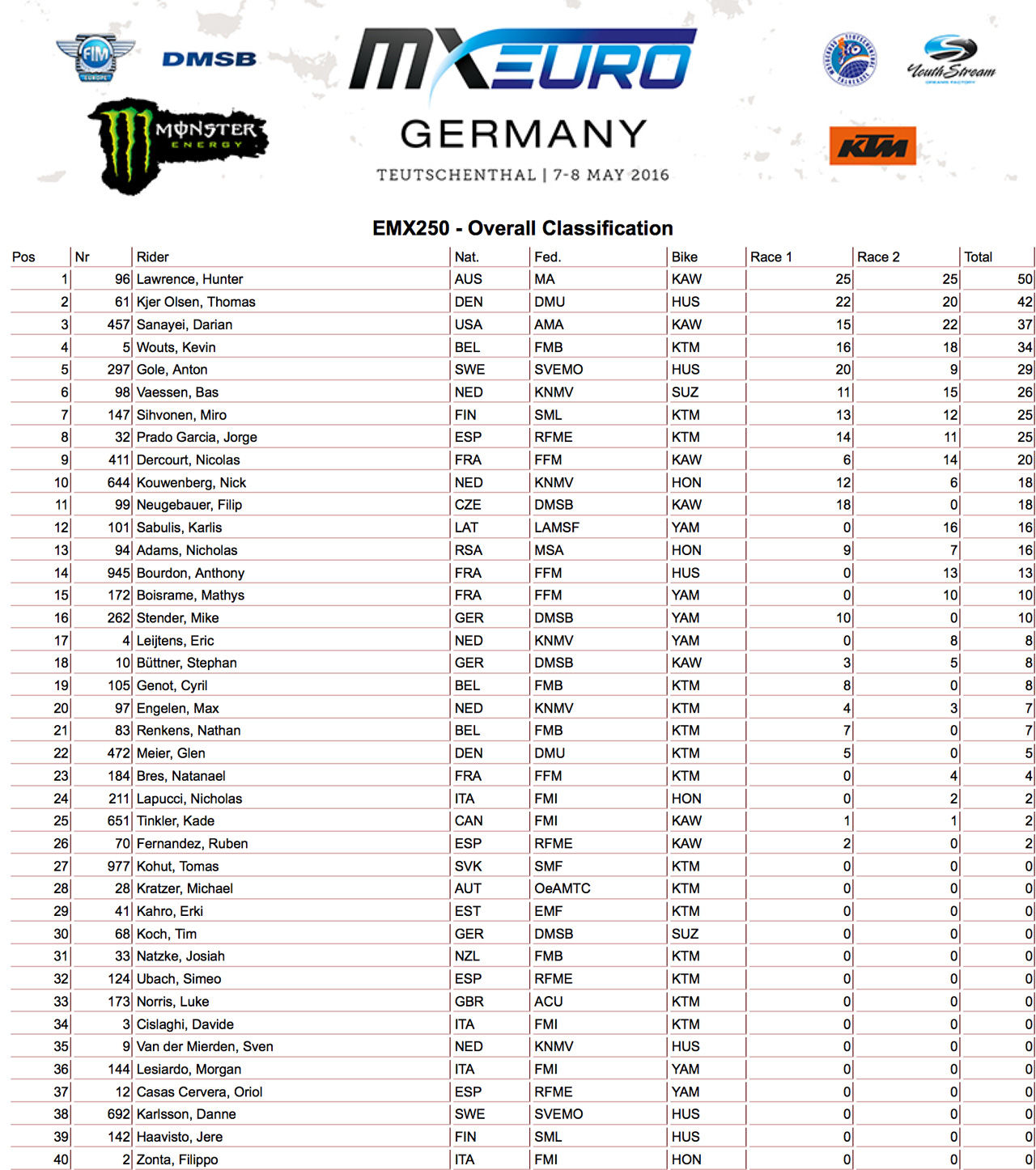 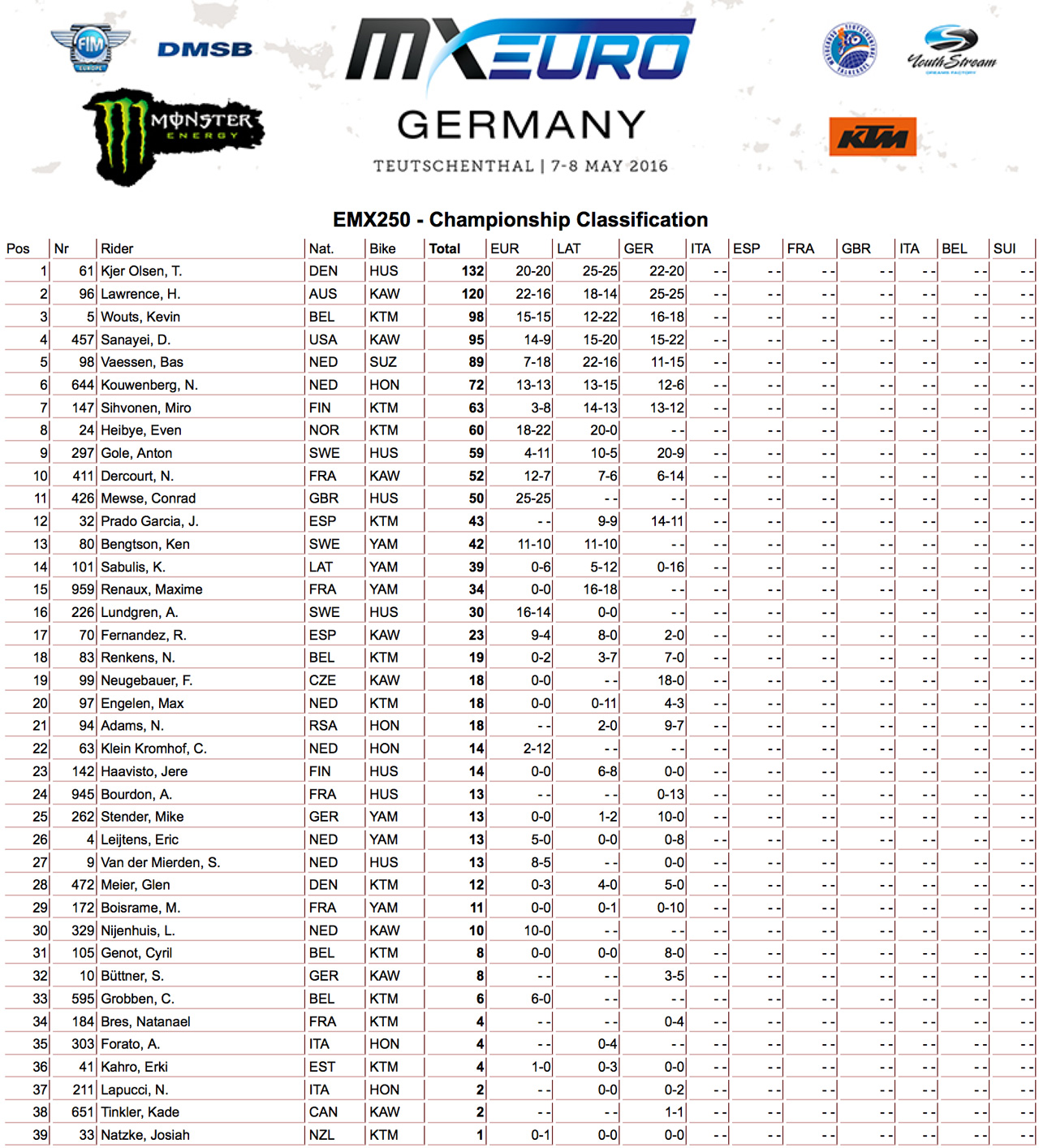