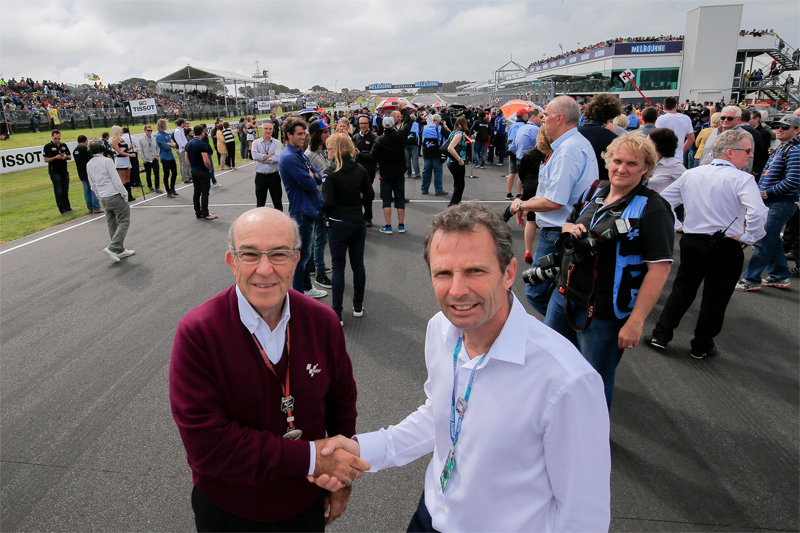 "Dating back to 1987, ASBK is the leading motorcycle racing series in Australia. Organised by Motorcycle Australia (MA), the championship is made up of various tiers with its premier class being Superbikes," the statement read.

"For 2015 MA, with the assistance of Dorna, are focusing on the five areas of Stability, Consistency, Development, Safety and Fairness in what will be a rebuilding year for the ASBK series. The championship will be hosted over five rounds nationwide with the target being to provide its competitors with a springboard onto the world stage.

"In recent times, the level of Australian participation in road racing at a global level has diminished, particularly when referring to the MotoGP‰ã¢ World Championship and eni FIM Superbike World Championship.

"The objective of MA is to encourage and grow the participation of homegrown riders by providing assistance to compete at the top level. Dorna‰Ûªs experience with series such as the Red Bull MotoGP Rookies Cup, FIM CEV Repsol and Shell Advance Asia Talent Cups will be vital in achieving this target.

"In the meantime, the progress of riders Jack Miller and Anthony West on the world stage is hoped to promote Australian talent of the future in order to ensure a greater impact is made as the country looks to continue marketing the sport effectively. In-turn, this is hoped to continue attracting government funding for high-performance programs.

"Dorna shares the objective of boosting entry numbers on ASBK starting grids in order to increase the confidence of MA members and add credibility to Australia‰Ûªs national motorcycle series," the release concluded.

A dedicated email contact has been created for ASBK inquiries at asbk@ma.org.au