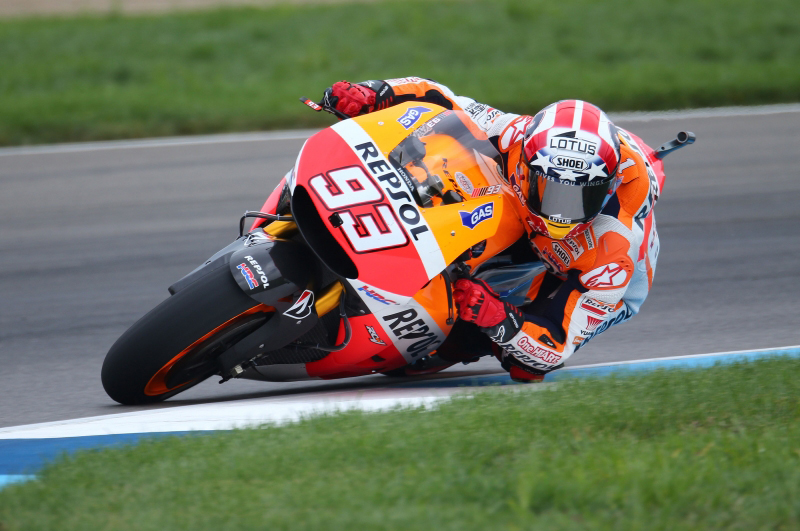 The factory Repsol Honda team has been unbeaten in the 2014 season, a perfect 12 out of 12 record so far.

This weekend‰Ûªs trip to the Italian Adriatic holiday coast is race number 13. The team and its riders are focused on adding yet another win, to make a baker‰Ûªs dozen.

The most successful rider of the season is defending champion Marc Marquez (Repsol Honda RC213V), already the youngest premier-class champion in history, winning at his first attempt in 2013. He also has a record to equal: 12 wins in a season, set by Repsol Honda NSR500 rider Mick Doohan in 1997.

Riding high, the 21-year-old overcame off-season injury to win the first ten races of 2014, in a variety of circumstances. But at round 11, the Czech Republic GP at Brno, there was a hiccup ‰ÛÒ with set-up issues (solved at tests the next day) dropping him to fourth. It was the first time in MotoGP that he had not finished in the top three.

It was back to normality at the next race, a week later, at Silverstone in the United Kingdom. Marquez qualified on pole position, his tenth of the year and fourth in a row, and returned to the winner‰Ûªs circle for the eleventh time, after a close-fought race with Yamaha-mounted rival Jorge Lorenzo.

Marquez has an enviable record at the Misano World Circuit. In the past four years he has claimed three wins. His first visits were in 2008 and 2009 in the 125cc class, and he was a podium third in 2009. Next year he was first, going on to take the title.

He returned in 2011 and 2012 in Moto2, winning both times, the second from pole position. He went on to add the Moto2 title to his trophy cabinet.

Last year he was on pole again in MotoGP, finishing second in the race.

‰ÛÏIt was nice to be back on the top step of the podium in Silverstone: the team did a great job the whole weekend." Marquez admitted. "Now we head to Misano which is a smaller and slower track compared to others on the calendar.

"We will have to work hard from Friday to get the setup on the bike just right, to suit the demands on braking at this twisty track and let‰Ûªs hope the weather is also nice!‰Û 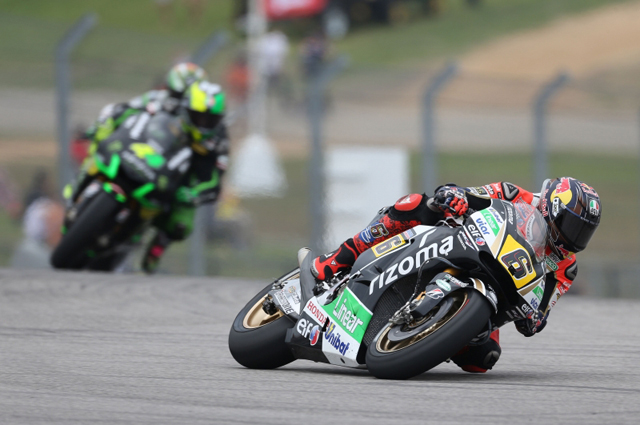 Alvaro Bautista (GO&FUN Gresini Honda RC213V) is a former Misano winner, winning the 250 race in 2008, two years after becoming 125cc World Champion. Two more Misano podium finishes since include third place in MotoGP in 2012, riding a Honda; and he has claimed another third place this year, in France. But an erratic score line including six crashes puts him eleventh overall.

Redding (GO&FUN Gresini Honda RC213V) rides one of four of the new Honda RCV1000R production racers ‰ÛÒ a for-sale replica of the V4 factory machines ‰ÛÒ and is the most successful, in his own debut MotoGP season. The youngest-ever GP winner was fresh from a fierce title fight in Moto2, but had adapted quickly to the premier class, and is a thorn in the side of the lesser factory machines.

Redding has finished in the points in every race but one, with a best of seventh in Qatar, and lies 12th overall, only five points behind his experienced team-mate.

Next-best in the points is former 250cc World Champion Hiroshi Aoyama (Drive M7 Aspar Honda RCV1000R), 14th overall and just one point behind the factory Ducati of Cal Crutchlow. Aoyama has also been a model of consistency, with two top tens among 11 points scores.

His team-mate Nicky Hayden lies 16th, but the American 2006 World Champion has missed the last three rounds recuperating from wrist surgery, and at Misano his place on the Drive M7 Aspar Honda RCV1000R will again be taken by British MotoGP-class novice Leon Camier. The former 125cc GP racer has made a good impression, and finished in the points at only his second attempt.

The fourth Honda production-racer is campaigned by Czech racer Karel Abraham (Cardion AB Motoracing Honda RVC1000R). Ten times in the points and eager to claim top RCV stop, Abraham is one place and one point behind Hayden.

The 4.226-km Misano circuit was first used for motorcycle grand prix racing in 1980, becoming a regular fixture until 1993, when triple champion Wayne Rainey suffered serious injuries at the circuit. It was taken off the calendar directly.

Almost 15 years later, the redesigned Misano World Circuit rejoined the calendar with the rebirth of the San Marino GP in 2007. The greatest change was a reversal of direction to become a clockwise circuit. This introduced a particular challenge at the end of the back straight, where a series of progressively slower right-hand corners require precise judgement, and also test tyres and machine set-up.

The overall layout is tight with a number of slow (below 100 km/h) corners, six left-handers and ten to the right.

Top Image: Marc Marquez will be aiming for his 12th win of the season this weekend in Italy