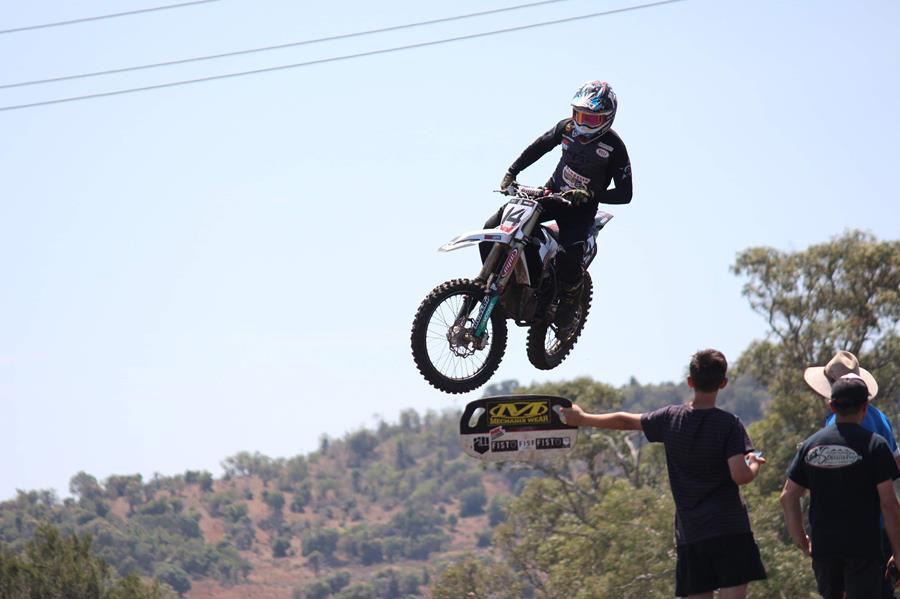 Husqvarna will have a strong rider line up at the opening round of the 2019 Australian Supercross Championship which takes place at the Brisbane Entertainment Centre on Saturday the 12th of October.

Coming off a super impressive MX Nationals championship that included the MX1 title with Todd Waters and MX2 championship win for Wilson Todd, the DPH Husqvarna motorsport team is looking to continue their winning run starting tomorrow night in Brisbane.

Despite damaging both thumbs and hands during the Australian Day in the Dirt event held last month in Queensland, Waters feels rejuvinated ahead of tomorrow evening Supercross season opener.

"Day in the Dirt was awesome fun, but I've been paying for it, after hurting my hand there." Waters explained.I"t's meant I've had to hold off on too much riding, but I've been getting into it over the last week.

"If anything, I feel fresh and the time off the bike has just made me want to ride all that much more. My goal for 2019 has always been to win races, and it's no different heading into supercross. I'm going to give it everything to take the points this weekend."
Wilson Todd has spent his time after the MX Nationals wrapped up over in Europe training and is excited to get back into some Supercross racing now that he is home in Australia.

"I decided to spend some time in Europe after hurting my rib and shoulder in training, but I'm confident heading into this weekend." Todd commented.

"The FC250 is an unbelievable bike, and DPH have a package that really works for me, so I can't see why I won't be able to pick up where I left off.

"I managed to get some laps in this week in Melbourne despite the rain, and although I am a little sore, I feel good, so I'm looking forward to lining up on Saturday and getting into it."
Along with the DPH team, Privateer Jesse Dobson will line up at the opening round in his home state of Queensland with the same program he raced with throughout the Motocross season, despite having offers to join a couple of teams for the Supercross championship.

"I love racing supercross. We get to race so close to the fans, and I really like the technical aspect. You have to be almost perfect, lap after lap to get a good result." Dobson enthused.

"I've been working hard since the motocross season, putting in the laps, testing and also trying to keep raising funds for the season.

"At this stage, I've had some incredible support from all my sponsors that got me through the motocross season, and again they've stepped up so I can line up at Brisbane. I actually did have one or two offers to join teams just for supercross, but the reality was short term positives and leaving some of the people that have been with me all year, and I need to really work on my plan for 2020.

"I still don't know if I can do the entire supercross series yet, but I need to get good results this weekend regardless, so that's where I'm starting." Dobson concluded.

Round one of the series will run a completely unique ‰Û÷Double Header‰Ûª format, with SX1 racers contesting two main event finals, with points from each determining the round champion.