Dobson fights back to secure solid points at Moree 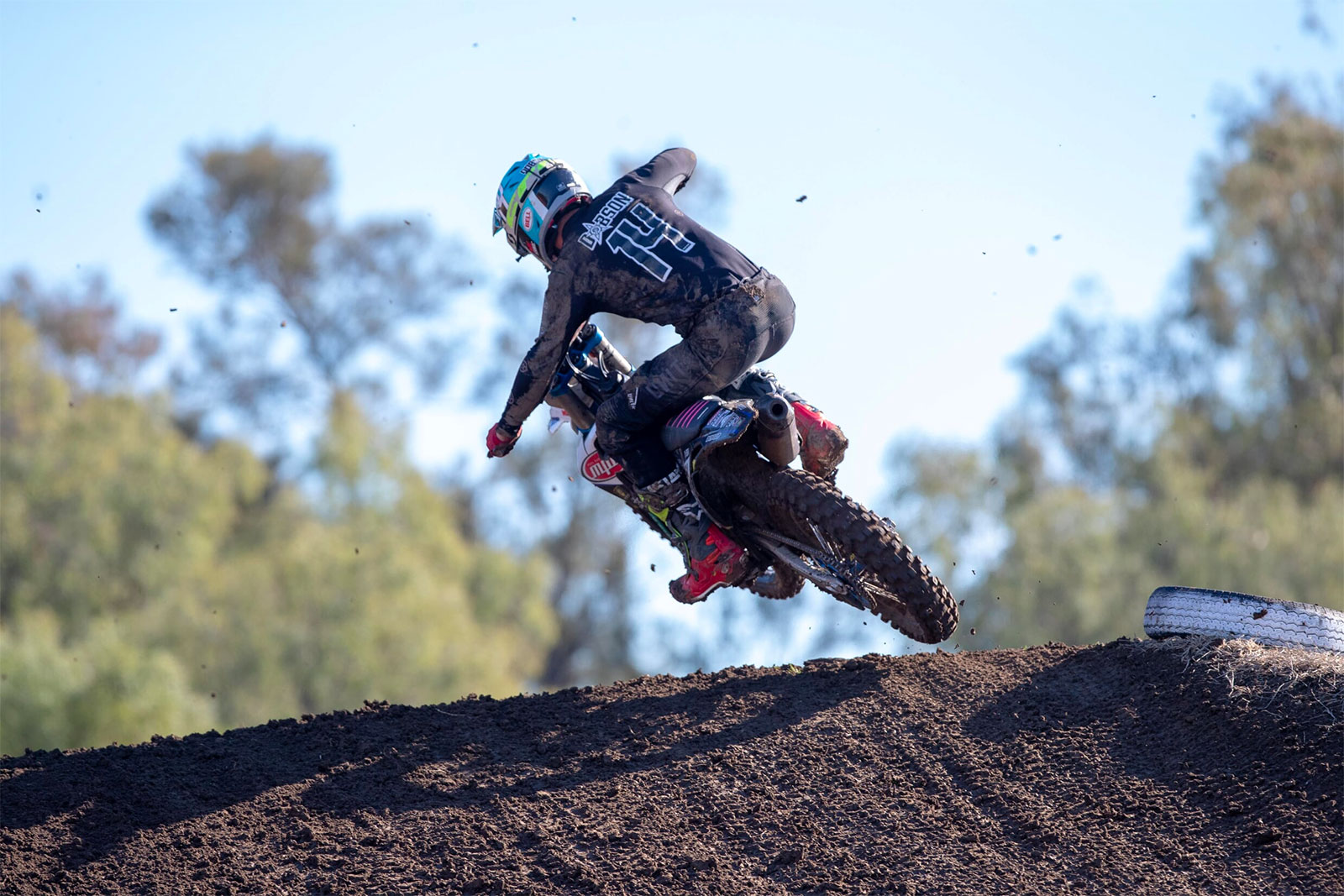 MX1 Privateer Jesse Dobson, took a 12th place finish class for the eighth round of the Pirelli MX Nationals in Moree, NSW over the weekend.

With racing reduced to just one moto due to local medical facilities becoming over capacity, an error in line choice has seen Dobson fight from last place to ensure he retains his position within the top ten of the premier class championship standings.

"The results don't really reflect how I felt on the bike, or how I rode today," Dobson said. "I had good speed in qualifying, only just missing Superpole and taking the sixth gate pick, but I didn't get the start I needed, giving me some work to do to move forward.

"On the second lap I made a mistake with my line selection, went down that hard that I wasn't sure I'd be able to continue, but after stopping in the mechanics area to get some help from Aiden, I was able to regroup, straighten out the FC450 and fight back to 12th place from dead last. It's disappointing to not have a second race, but rider safety has to be the number one priority. With the final rounds in Coolum just one week away, I'm more focused than ever to finish the season on a high."

With rounds nine and ten of the MX Nationals running over Saturday and Sunday, respectively next weekend, Jesse will use the week to rest, repair his FC450 focus on strong results for the final rounds of the motocross championship.