Diverse NIGHT of the JUMPs Heads To Krakow 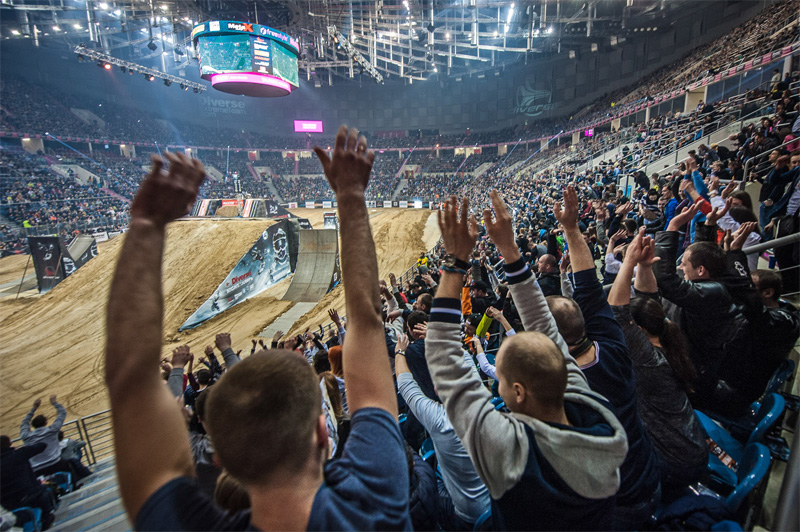 The defending champion, Maikel Melero, will be looking to back up his overall score of 56 points. The Spaniard has dominated the World Championship series for the past three years, conquering audiences with spectacular tricks like the Melero Roll, the Nac Flair and the Double Grab Flip. With David Rinaldo (FRA, 2013) and Libor Podmol (CZE, 2010); the two former World Champions will also compete for their second world title. They will be trying everything possible to defeat Melero and regain their throne. At the second night of Berlin in 2017, Podmol was actually successful of proving Melero is human and taking the win.

The local Polish hero will return to the Tauron Arena. Marcin Lukaszczyk is a rider not to be missed. He hopes to finally reach his first NIGHT of the JUMPs final with the support of his countrymen cheering him on.

The German, Luc Ackermann and European Champion runner up of NIGHT of the JUMPs in 2015, will make his long awaited return to the track after six months out with injury. He has already declared his goal is to come back in a big way and gather as many points as possible.

Pat Bowden, currently sitting in fourth place overall in the World Ranking, wants to return to the Top 3 of the overall rankings with a good performance in Krakow. The Australian has worked on new tricks which he would like to show in Poland. But also the second Czech rider in the riders‰Ûª field, Petr Pilat, will want to gain as many points as possible in the hope to achieve his biggest goal, finally winning the World Championship in 2017.

Marc Pinyol from Spain was ready to go until he suffered a crash in training resulting in a broken hand and will be unable to ride. In his place from Spain is Dany Torres, who has made an impressive comeback to competition at NIGHT of the JUMPs in Berlin and will be looking to capitalise on his great results.

Brice Izzo from France, the Italian Leonardo Fini and the younger of the two Podmol brothers, Filip, complete the riders‰Ûª field for NIGHT of the JUMPs Krakow. Massimo Bianconcini from Italy will also compete in the Maxxis Highest Air and Best Whip competitions.

As a special highlight, the audience at the Tauron Arena can look forward to the FMB World Tour. 20 Freerider Mountain Bike athletes will compete in a ‰ÛÏDirt Jump Contest‰Û