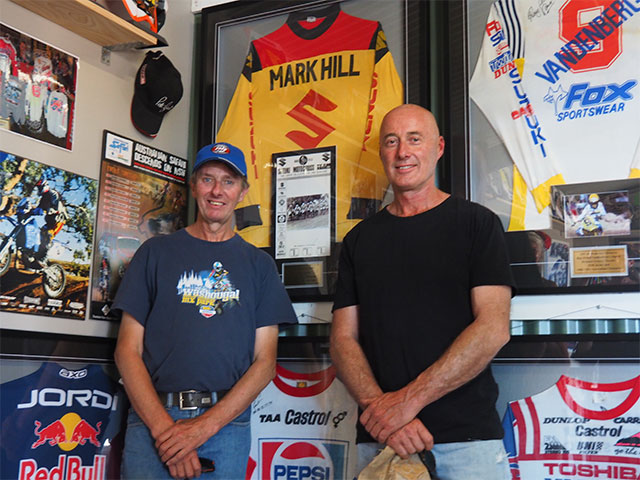 Rosco Holden has announced the opening of the Motocross, Enduro & Dakar Museum along with the ‰Û÷Holden on Tight Junior Sportsman Spirit Award‰Ûª and a five year prize commitment with industry support, for the Australian Juniors‰Ûª at Horsham Motorcycle Club.

‰ÛÏIt‰Ûªs about giving everyone the opportunity to come and enjoy the displays of MX, Off-Road & Dakar memorabilia. It‰Ûªs my personal collection, that I have been fortunate to accumulate over a long period of time, preserving our proud dirt history is paramount!" Holden explained.

‰ÛÏDisplay‰Ûªs such as this are long overdue, as there is nothing specific in terms of similar museums that are dedicated to Off-Road, which is crazy given how popular dirt riding is in this country!

"I have made a minimum two-year commitment to the awesome Horsham Motorcycle Club. Its something I totally believe in and is my small way of giving back Horsham Motorcycling Club. Through hard work, the club has secured Round 4 of the 2017 MX Nationals, 2017 Australian Junior MX Championships‰Ûª and the 2018 World Junior Championships‰Ûª," he continued.

‰ÛÏOn display is a lot of rare and precious memorabilia from my old days of Motocross, Enduro and Dakar racing, jerseys from previous legends of the sport that have all been beautifully framed and documented feature prominently, race bikes, number plates, helmets and the like. This first stage in the development of the display is well over $100,000 worth of memorabilia - and counting!‰Û