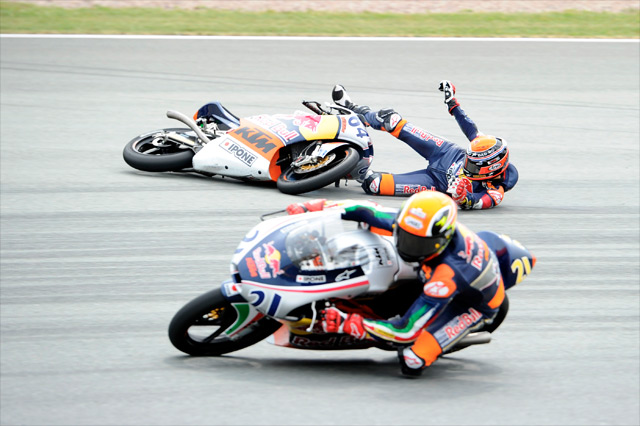 Fabio Di Giannantonio scored a fabulous victory in Red Bull MotoGP Rookies Cup Race 2 at the Sachsenring overnight when the 16-year-old Italian went inside championship leader Bo Bendsneyder at the last corner and the 16-year-old Dutchman slid off fighting for his sixth straight win.

The pair had opened up an 11 second advantage over their rivals with their private battle and after a run of superb second places this time Di Giannantonio picked up the win and cut Bendsneyder's points advantage to just 16 with seven races still remaining.