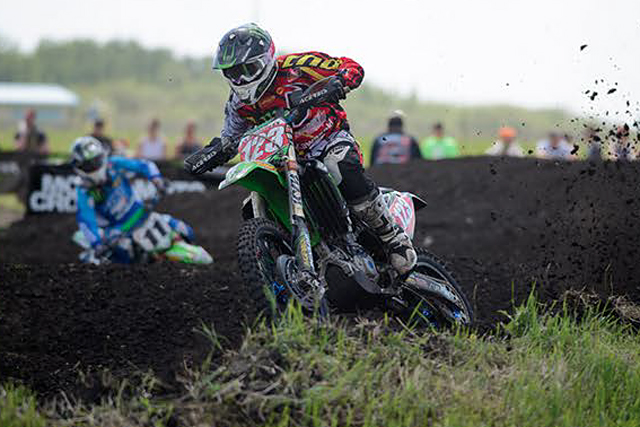 The 22nd Annual Rockstar Energy Drink Motocross Nationals, sanctioned by CMRC, are shaping up to be the most exciting, highest attended, and fiercely competitive Canadian Pro Motocross Championships in the history of the sport.

The championship that was won by Australia's Brett Metcalfe in 2013 who is set to defend his title in 2014, has grown from a nine round series last year to ten rounds this season with the latest addition of Ulverton, Quebec to the series schedule.

Also featured on select weekends will be the CMRC Women's Nationals. There will continue to be a Western and Eastern Championship, each consisting of three rounds, with each race being the highlight of the amateur days. Every year the prestige and talent level of the competitors rises, and we anticipate a flood of new racers from the south coming north to take on the best Canada has to offer.

The anticipation is already high with teams loading up on Pros to contest for the championship title in both the MX1 and MX2 Pro classes. The level of talent at the front of the pack this year will be at an all time high! The countdown is on to the series opener at The Wastelands in Nanaimo, Saturday, May 31st.

Top Image: Australian's Brett Metcalfe is expect to return to defend his MX1 title with the Monster Energy Kawasaki team in 2014