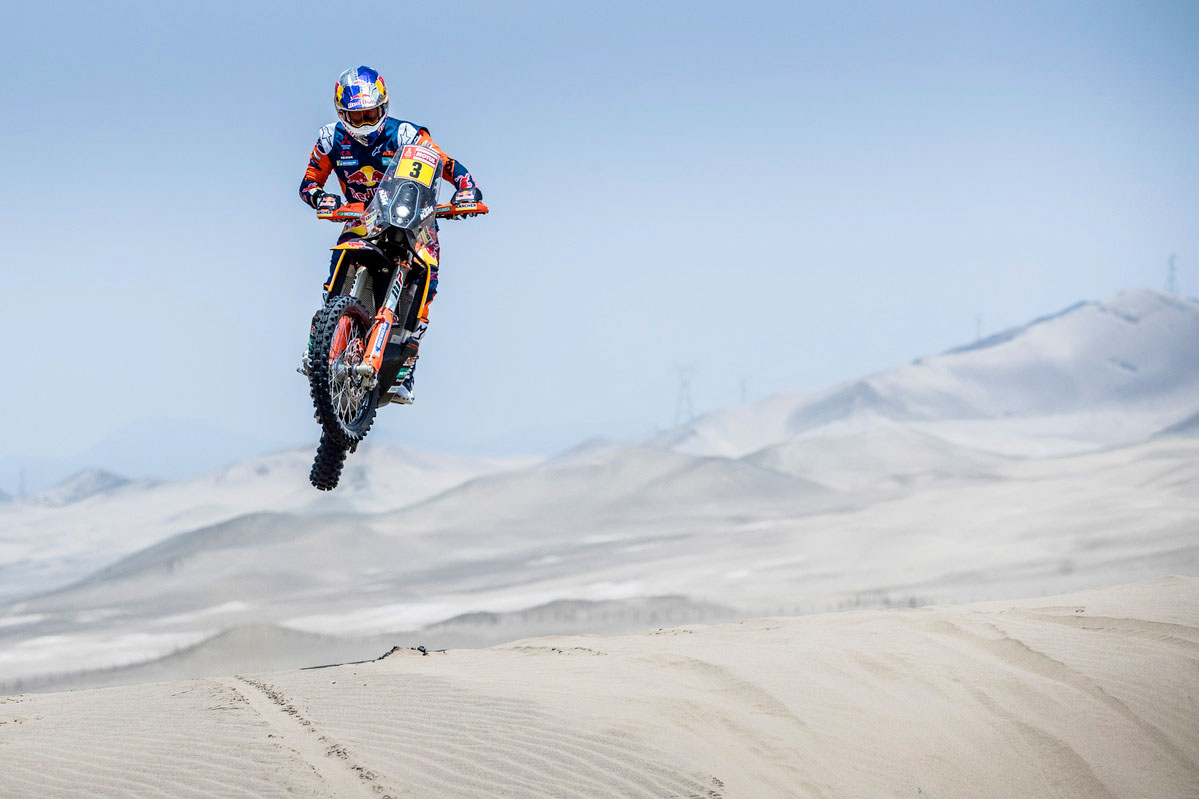 Toby Price during final preparations for the 2019 Dakar Rally. Photo: Marcin Kin
Following a small crash in testing just over one month ago, Toby Price injured his wrist and faced a huge challenge to be fit enough to race the 2019 Dakar.

Despite the setback, the 2018 FIM Cross-Country Rallies World Champion is confident in his strength and plans to fight for the win in Peru.

"Things are looking good here in Lima, the team have been working really hard on the run up to the event and now it‰Ûªs time for us to deliver," Price said from Peru where a shakedown test on Friday saw his team carry out final adjustments to their machines as the riders reacquainted themselves with the soft sandy terrain in Peru.

A series of briefings, scrutineering and administrative checks over the next couple of days lead up to the ceremonial start on Sunday evening.

"Generally, I'm feeling good and well prepared, my arm isn‰Ûªt quite 100% perfect - it still gives me some pain from time to time - but I am confident it‰Ûªs strong enough not to cause me any issues in the race," the former champion added.

"I really don‰Ûªt know what to expect from the race, it‰Ûªs going to be a hard one to judge and we won‰Ûªt really know how it plays out until we get out there. It‰Ûªs going to be tough to pull time on the others if you are starting out front as we all know it‰Ûªs often easier to follow the tracks in front through the sand. Having said that, there is scope for some big mistakes as navigation could prove really tricky. I‰Ûªm looking forward to the sand to be honest, I ride well in the dunes and it could be a little easier on my wrist," Price concluded.

The final preparations for the 2019 Dakar Rally continue over the weekend with administrative checks carried out on Sunday 6 January, followed by the spectacular ceremonial start. Stage one of the rally commences on Monday 7 January with riders leaving the city of Lima and travelling south to Pisco. An 84-kilometre timed special will open the event with all competitors covering a total of 331 kilometres for the day. 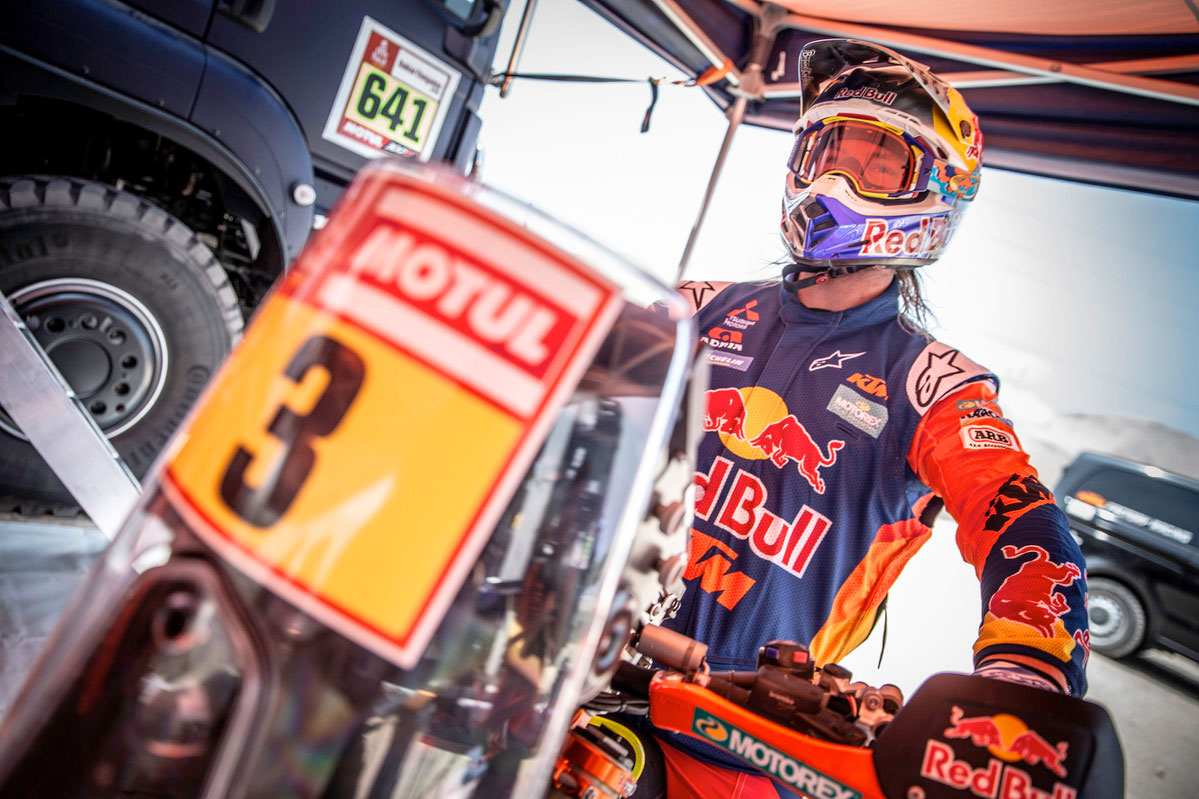