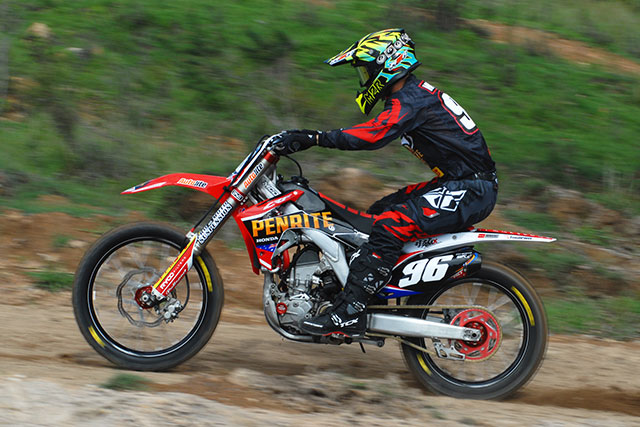 This time out the Penrite CRF Honda Racing squad was headlined by MX2 competitor Kyle Webster for the weekend, while team-mate Joel Wightman was sidelined from MX1 duties with a collarbone injury.

Lining up aboard his potent Penrite-lubricated Honda CRF250R thumper, Webster was keen to carry on the form from round one which saw him notch up a podium finish in one moto.

In a stacked field of MX2 racers, Webster qualified seventh fastest at Appin, then went on to complete the event with sixth and 11th place finishes in the day‰Ûªs two MX2 motos, good enough for ninth overall.