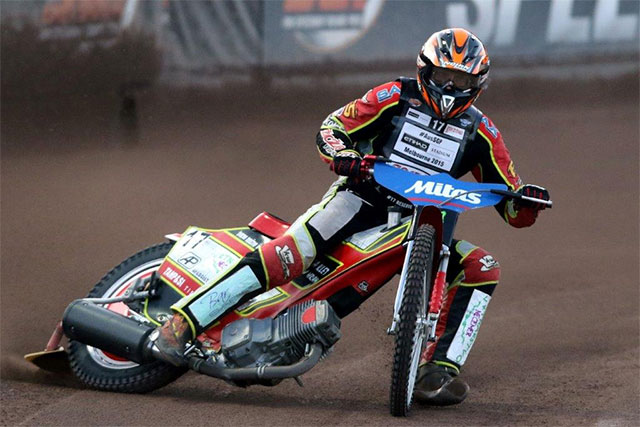 Slovenian veteran Denis Stojs goes from groundsman to Grand Prix star for the night after being named as wild card for the season-opening Slovenian FIM Speedway Grand Prix in Krsko on April 30.

The 38-year-old dons the famous No.16 race jacket for a meeting staged at Stadion Matije Gubca, where he works full-time looking after the speedway track and football pitch.

Few riders will know the place better than Stojs and he‰Ûªll be determined to make his home-track knowledge pay against the likes of world champion Tai Woffinden, Greg Hancock and Nicki Pedersen.

Stojs will hope to build on the point he scored in last year‰Ûªs Slovenian SGP, when he took to the shale as a track reserve. He also scored a point in the 2003 event.

He is joined in the Slovenian SGP by track reserves Nick Skorja and Matic Ivacic ‰ÛÒ they race in the No.17 and No.18 race jackets respectively.

The referee for the Krsko event is Artur Kusmierz from Poland.