Delayed start for MXGP as Bali announced as a new venue 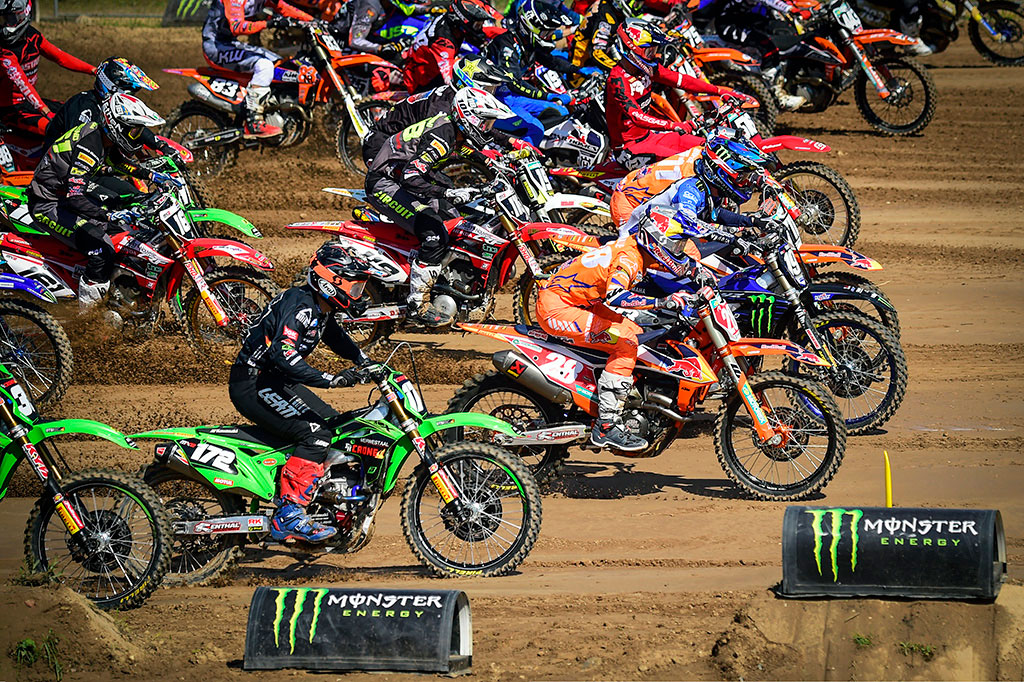 There has been another update to the provisional 2021 calendar of the FIM Motocross World Championship.

Due to the current situation worldwide in regard to the COVID-19 pandemic, the racing calendar will see the FIM Motocross World Championship kickstart later than originally planned, with the first Grand Prix scheduled for the 23rd of May in Oss with the MXGP of the Netherlands.

While was originally planned to begin the year in with the MXGP of Oman on April 3rd, the Omani Grand Prix has been postponed to 2022, while the MXGP of Italy, MXGP of Portugal and the MXGP of Germany will be moved from April/May to October.

Other changes include two new venues that will host the two Indonesian rounds. The MXGP of Asia will head to the picturesque Borobudur on the 4th of July, while the MXGP of Indonesia will take place in Bali on the 11th of July.

The goal for the 2021 season is to finally welcome back spectators and to be able to do so in a safe and responsible way; certain changes had to be made following the current evolution of the pandemic.

While several of the Grand Prix‰Ûªs have moved around, other events including the FIM SNX World Championship, scheduled on the 9th and 10th April in Rovaniemi in Finland, along with the FIM Junior Motocross World Championship held on the 31st July and 1st August in Megalopolis in Greece, as well as the FIM-E Motocross of European Nations, scheduled for the 18th and 19th of September in Riola Sardo in Italy, will all go ahead as planned.

Additionally the highly anticipated Monster Energy FIM Motocross of Nations in 2021, taking place on the 26th of September. While originally the best off road event of the season was due to be held in Imola, the Italian venue will not host the MXoN this year, with a new location to be announced shortly. 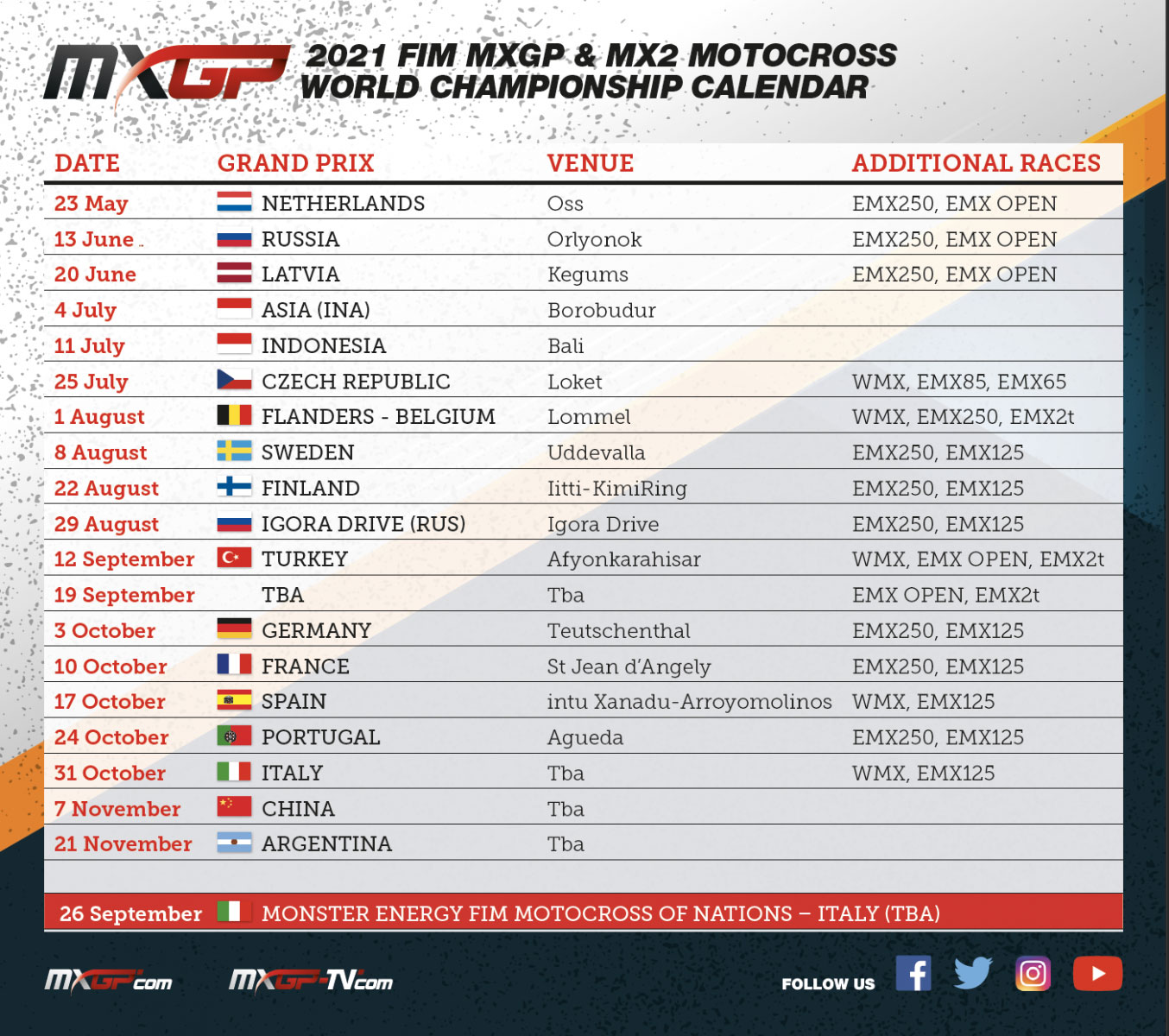