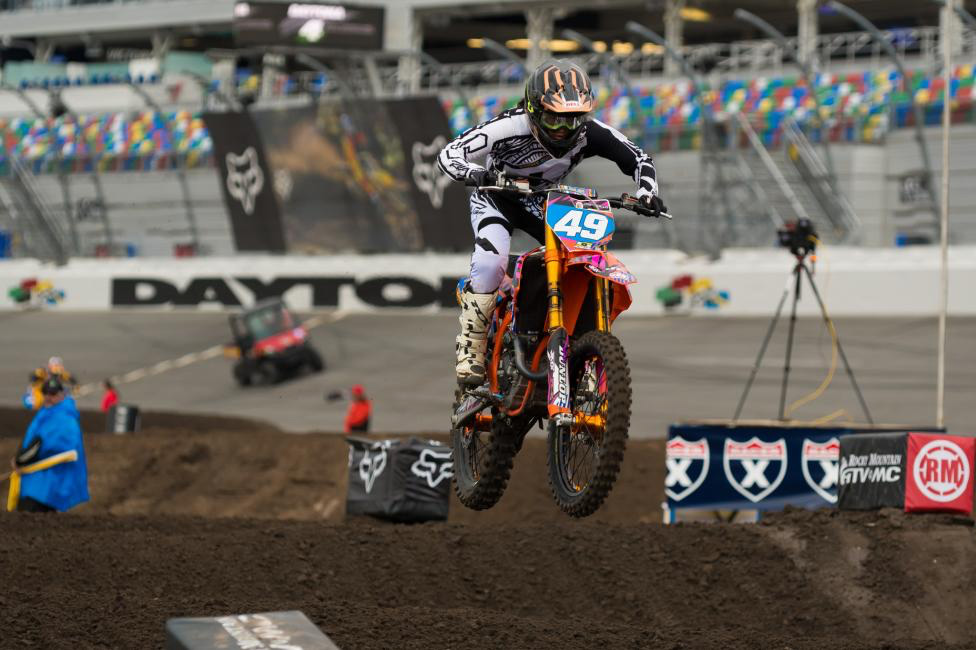 RCSX is a unique event in that it allows amateur riders to race a similar course to the one their favorite pro supercross riders did the night before, meaning that it too takes place on the hallowed ground of the Daytona International Speedway. As one of the premier events in the nation, it is a worthy race for our Women's Pro motocross racers to headline.

RCSX and round one of the WMX was one of many racing events that took place in conjunction with the Daytona Bike Week festivities, a list that also included a Grand National Cross Country (GNCC) round and an American Flat Track event. Many WMX riders also found time the morning before their race to attend the first "Women in Racing Conference", designed to promote motorcycle riding and racing among women and provide more opportunities for female racers. 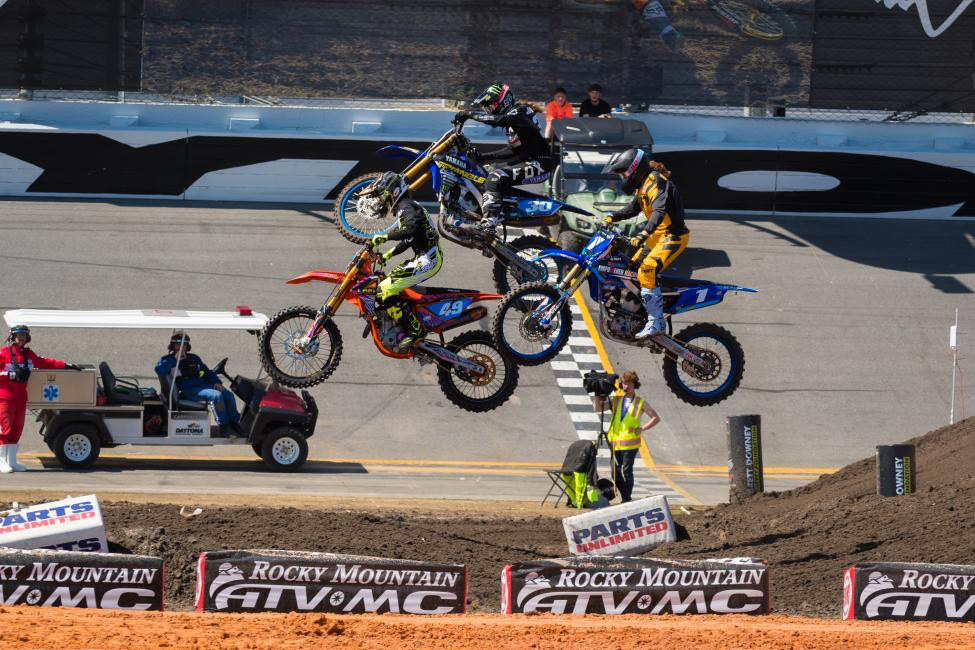 Fasnacht (#1), Jarvis (#30) and Astudillo (#49) battled throughout the first two laps each moto. Photo: Christian Munoz
In addition to the valuable series points provided at round one, the moniker of "WMX Supercross Champion" was bestowed upon the race's overall winner, as this is the only supercross-style track that these women will compete on this year. Of the fourteen women who took to the track, Florida's Kylie Fasnacht would take home that honor after a 2-1 finish, coming in ahead of second overall Hannah Hodges' 1-2 finish and third place finisher Jamie Astudillo, who went 4-3.

According to overall winner Fasnacht, her win might not show it, but Daytona was rough for her. In addition to switching brands this season, which entails a number of changes to a racer's program, she also spent her off-season racing in the ISOC Snocross series.

"I'm still getting used to dirt bikes again, but I'm back on two wheels and training to become better than I've ever been," Fasnacht said "It [Daytona] was a fun race and I can't wait to compete with these girls for the rest of the series!"

Round two of the 2018 WMX series is set to take place this weekend on Saturday, March 24th, at Freestone MX in Wortham, Texas. This round will be held in conjunction with the AMA Freestone Spring Championship. 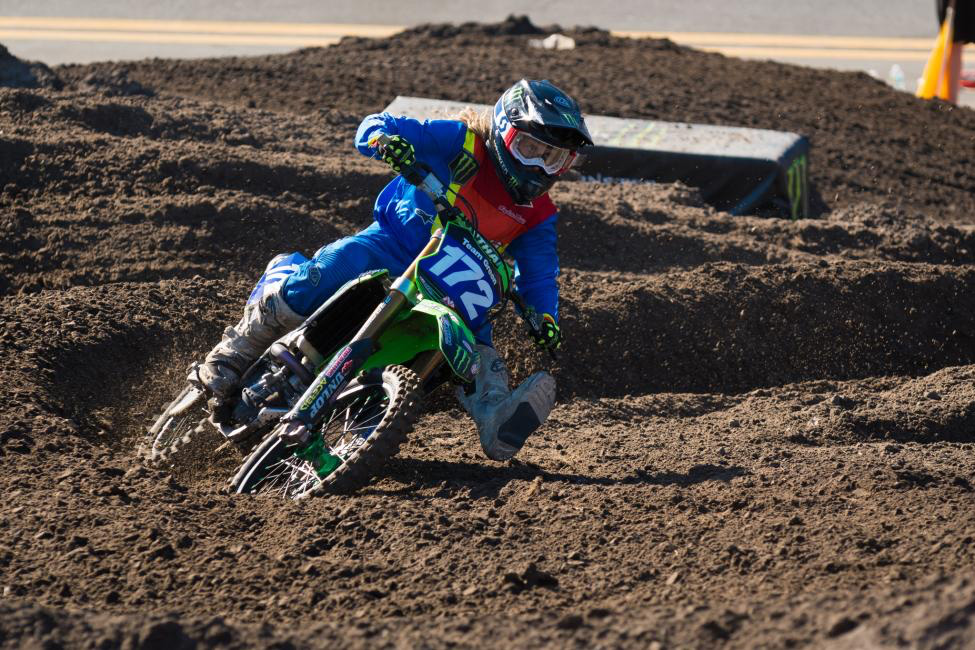 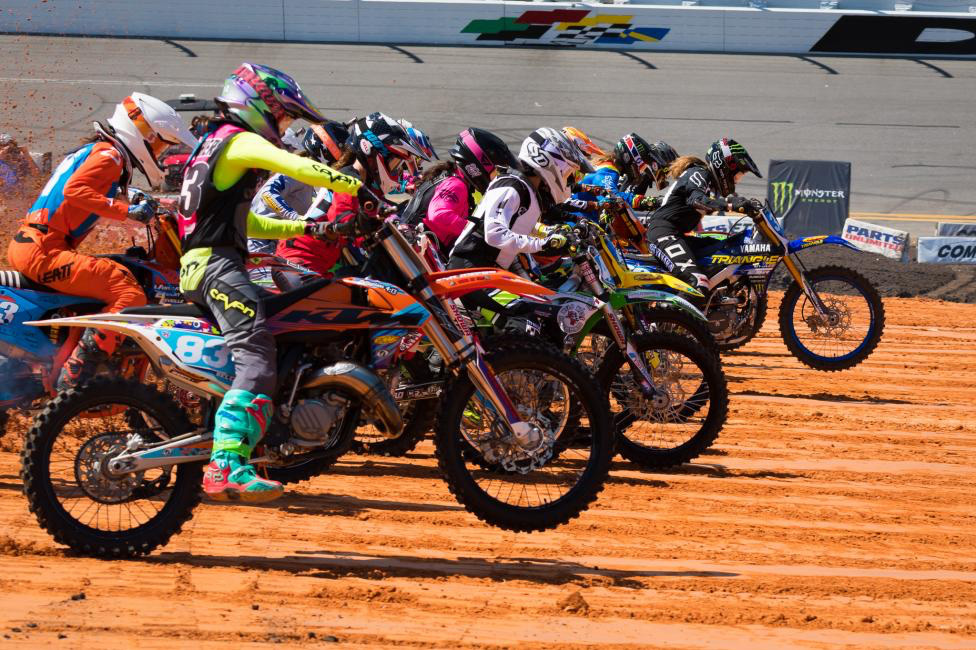