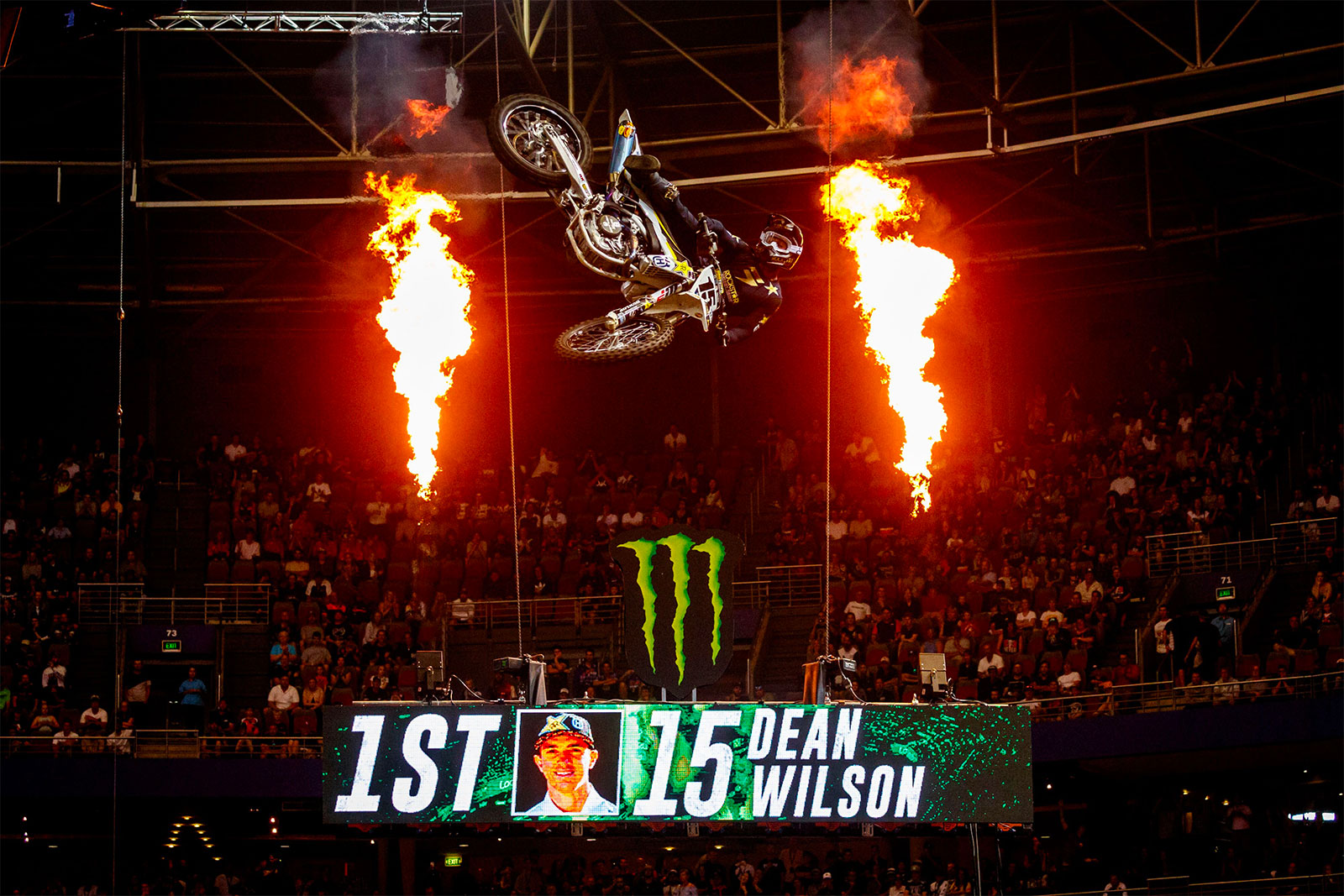 2017's opening race winner Dean Wilson of Scotland is back in 2019
After an extensive social media campaign to #LetDeanoRide, AUS-X Open promoters have confirmed Dean ‰Û÷Deano‰Ûª Wilson will be back for his third consecutive year to compete at this year‰Ûªs Monster Energy AUS-X Open at Marvel Stadium on November 30.

The Scottish Thunder will return Down Under after fan outcry to bring the world Number #6 back to Australia left event organisers in a spin, with followers demanding Wilson race in Melbourne.

The 27 year old raced to a career-best sixth overall during this year‰Ûªs Monster Energy FIM World Supercross Championship as well as a third-place finish at the Houston round, but after an injury forced him out of the last two rounds, Wilson says he‰Ûªll be back for redemption in November and hopes to finish the year off with a bang.

‰ÛÏI‰Ûªm super excited to be returning to the AUS-X Open again this year, my 2019 season was up and down, but I‰Ûªll be pushing hard for it in Melbourne, I‰Ûªll be definitely out there to get my redemption and come out on top,‰Û