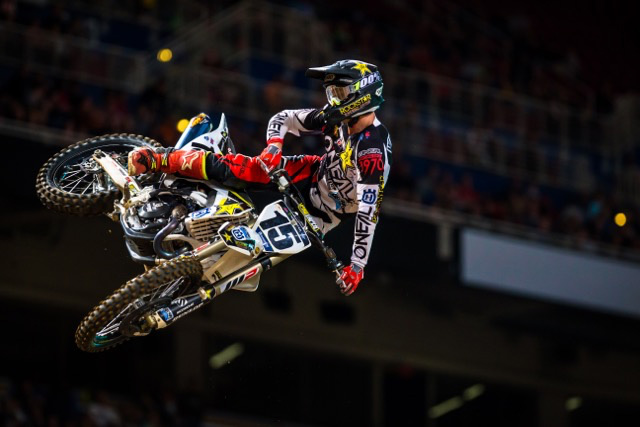 The Scottish rider will face off against a whole host of A-List riders from around the world, along with Australia‰Ûªs best domestic supercross stars, duking it out inside Sydney‰Ûªs Qudos Bank Arena on November 11 and 12.

Now residing in the US, the 25 year old was facing retirement earlier this year when a string of injuries saw him unemployed for the 2017 season.

Starting the season as a fully self funded racer, with his dad as his mechanic, Wilson scored impressive results in the early stages and was subsequently picked up by the factory Rockstar Energy Racing Husqvarna during the fifth round of the 2017 World Supercross Championship series. He ended the season in 8th overall. He then backed up the team‰Ûªs faith in his signing, by scoring a number of podium results and fourth overall in the 2017 AMA Motocross Championship in the USA.

Wilson has now also re-signed with Rockstar Energy Racing Husqvarna for the 2018 season, and says after his luck finally turning around this year, he is keen to continue his streak of impressive results during his first ever competitive appearance Down Under.

‰ÛÏI‰Ûªve heard a lot about the (Monster Energy) AUS-X Open and am pumped to head down for it this year! I love Australia and can‰Ûªt wait to see the Aussie fans and go bar to bar with Chad, Jason, Justin (Brayton) and the rest of the field. I‰Ûªll be giving it my all to take down the champ in his home town!‰Û