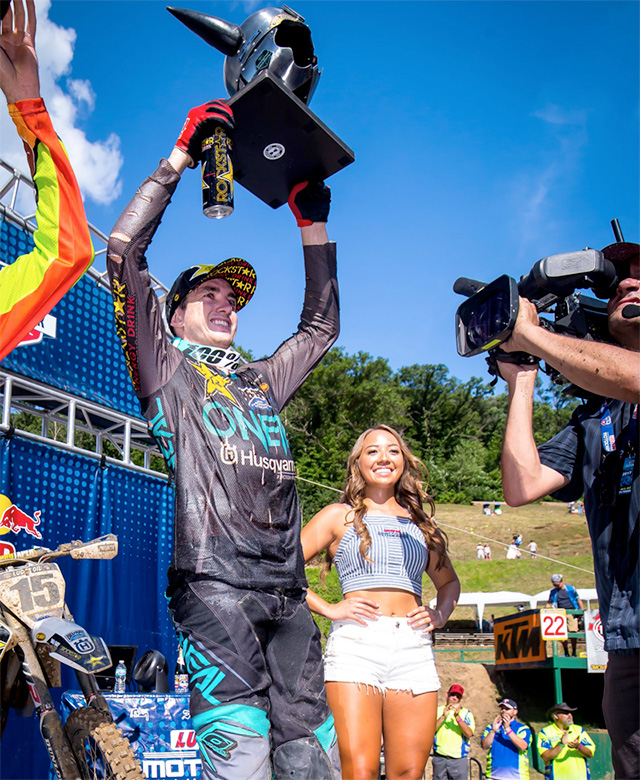 Dean Wilson used great starts to pilot his Husqvarna FC 450 to a career best 3-3 moto score for 2nd overall on the day.

Wilson got a great start in the first 450 moto and quickly held down second. Still in second at the halfway mark, he was looking strong as he battled with Eli Tomac for position. He held his ground and made great line selections as swapped positions with Tomac multiple times before settling in the third place spot. He was riding steady in third before putting on an epic battle with Justin Barcia in fourth. Barcia made the pass, but Dean came back with a vengeance and rode hard. He passed Barcia back for third and held strong to the finish. He pulled an impressive second-place start in the second moto and battled for position before moving back to fourth in the first lap. He made a successful pass for third in the third lap and stayed steady to finish third. The 3-3 finish gave him second overall on the day, and he is currently fourth overall in 450 rider point standings.