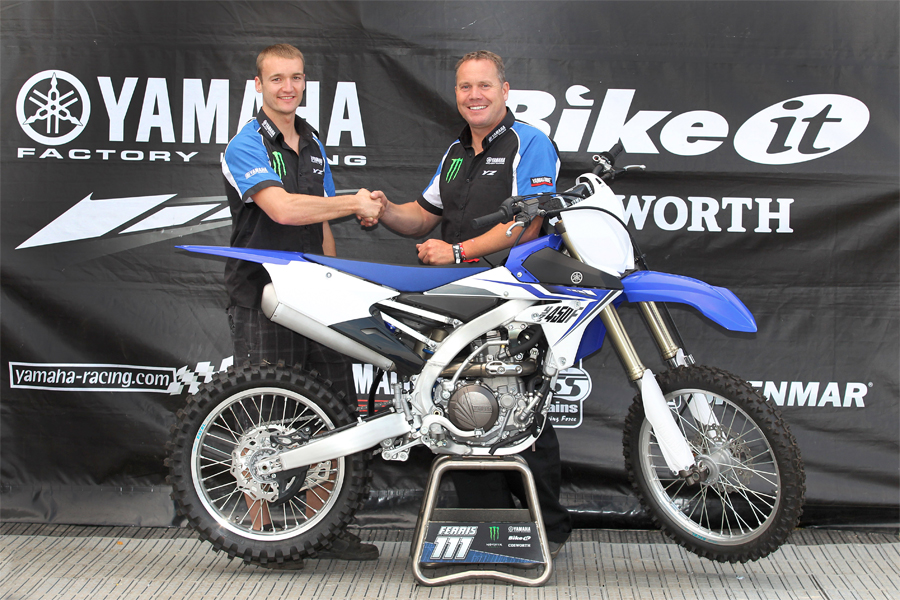 2013 MX2 Grand Prix of Belgium winner Dean Ferris will step into the premier MXGP category (formerly MX1) to race the 2014 YZ450F for the Steve Dixon-led Yamaha team next season.

A contract between the Australian and the Brits for the eighteen-race series beginning next March was signed and confirmed on Sunday after the Benelux round at Lierop.

He lifted silverware in Portugal and Finland, raced to two podium positions and was just one of three GP winners in 2013. The 23 year old ended the campaign with three chequered flags from the last six motos and with 6th in the overall MX2 standings.

‰ÛÏIt‰Ûªs good to be with the team and Yamaha for another year." Ferris stated. "I feel settled with Steve and the guys and we had a pretty good season in MX2.

‰ÛÏI actually think I am a better 450 rider and it was always my intention to be racing Grands Prix in MX1 so I‰Ûªm happy that we got everything sorted. I‰Ûªll be out on the bike as soon as possible to see how the new bike feels and then I reckon we‰Ûªll be testing already from next week. I Can‰Ûªt wait.‰Û