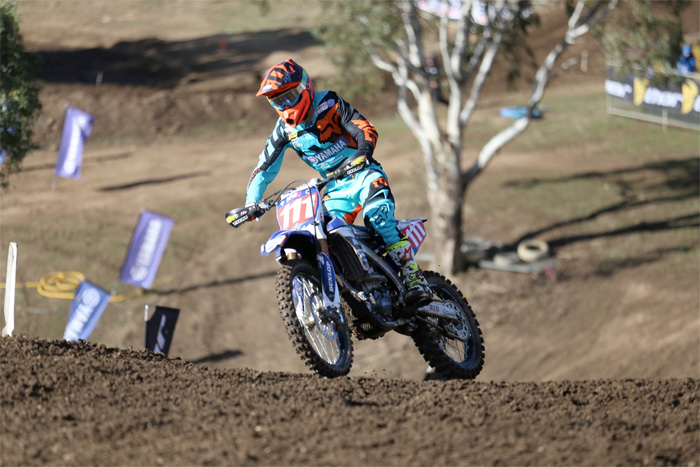 CDR Yamaha‰Ûªs Dean Ferris has retained the MX1 championship points leaders‰Ûª red plate while team mate Dan Reardon moved up a position after action wrapped up at round three of the MX Nationals at Broadford Motorsport Complex in Victoria.

In a day that saw wild storms, glorious sunshine and the odd shower or two sweep across the venue, making the already challenging Broadford circuit extremely difficult to master. It proved to be the most demanding round of the season so far, but the CDR Yamaha crew continued their championship aspirations in a professional manner.

Ferris led the CDR Yamaha charge, taking second for the round with his 4-1 moto results. In moto one, Ferris was well placed as the field charged into the muddy circuit by was quickly shuffled back when not on the racing line during the opening few turns. As far back as seventh at one stage, Ferris struggled to find his groove and it was only the latter stages of the race that he began to move forward, climbing to fourth at the finish.

Disappointed at his opening moto, Ferris was on a mission in moto two and after snatching the lead on the opening lap, he simply motored away from the pack to take a well-earned 12 second victory.

His 4-1 results gave him second for the round and he still leads the MX1 championship by a slender one point as the tour moves towards round four.

‰ÛÏGood and bad day for me in a lot of ways,‰Û 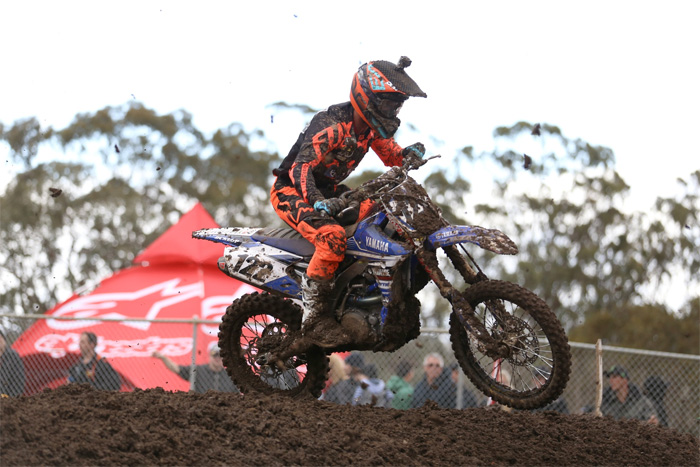 Reardon battled manfully on a track that doesn‰Ûªt suit his riding style and still managed to turn in a respectable result.
Team mate Dan Reardon has moved up to sixth place in the championship after another solid and consistent performance at round three. Reardon raced to 8-7 results to finish equal sixth on the day with Dylan Long and Jay Wilson but was awarded seventh for the round.

Reardon battled manfully on a track that doesn‰Ûªt suit his riding style and still managed to turn in a respectable result.

‰ÛÏIt was a tough day for all riders out there,‰Û