Dean Ferris On the Road To Recovery 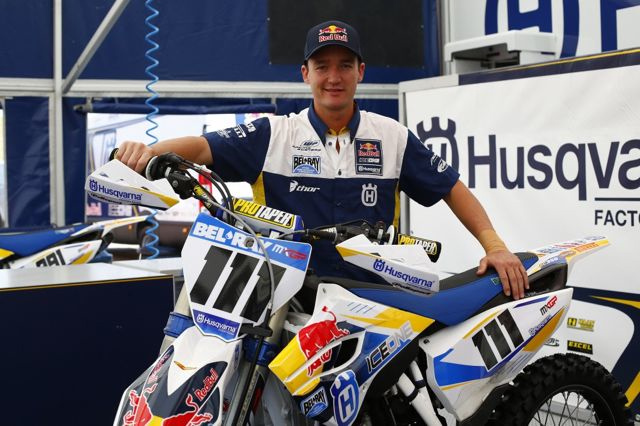 Husqvarna Motorcycles has confirmed that Red Bull IceOne Husqvarna Factory Racing team rider Dean Ferris, who suffered a broken right Femur in the second moto at the penultimate round of the 2014 MXGP World Championship in Brazil, looks set to return to Europe next week.

Undergoing surgery immediately following his fall, an interlocking nail was inserted into his Femur.

The Australian is already walking with the aid of crutches and in very good spirits considering the seriousness of his injury according to his team. Although potentially a very serious injury, Dean‰Ûªs fracture was ‰Û÷a very clean break‰Ûª, which doctors hope will result in a straightforward recovery.

The medical team who carried out the operation said that they were pleased with the way the surgery went.

‰ÛÏConsidering everything that he has been through in the last few days Dean has shown incredibly professionalism, although obviously he‰Ûªs massively disappointed because he was very much heading in the right direction to reach his goal of getting onto the MXGP podium by the end of the season." Antti PyrhÌ¦nen, Red Bull IceOne Husqvarna Factory Racing Team Manager said. "He is still in Brazil at this time, and must stay for around one week more, but then we hope to fly him back to Europe.

"He had a very clean fracture, which is a good thing. The operation to insert the rod into his leg went well, and now he starts his recovery.

Top Image: Dean Ferris is on the road to recovery after successful surgery in Brazil