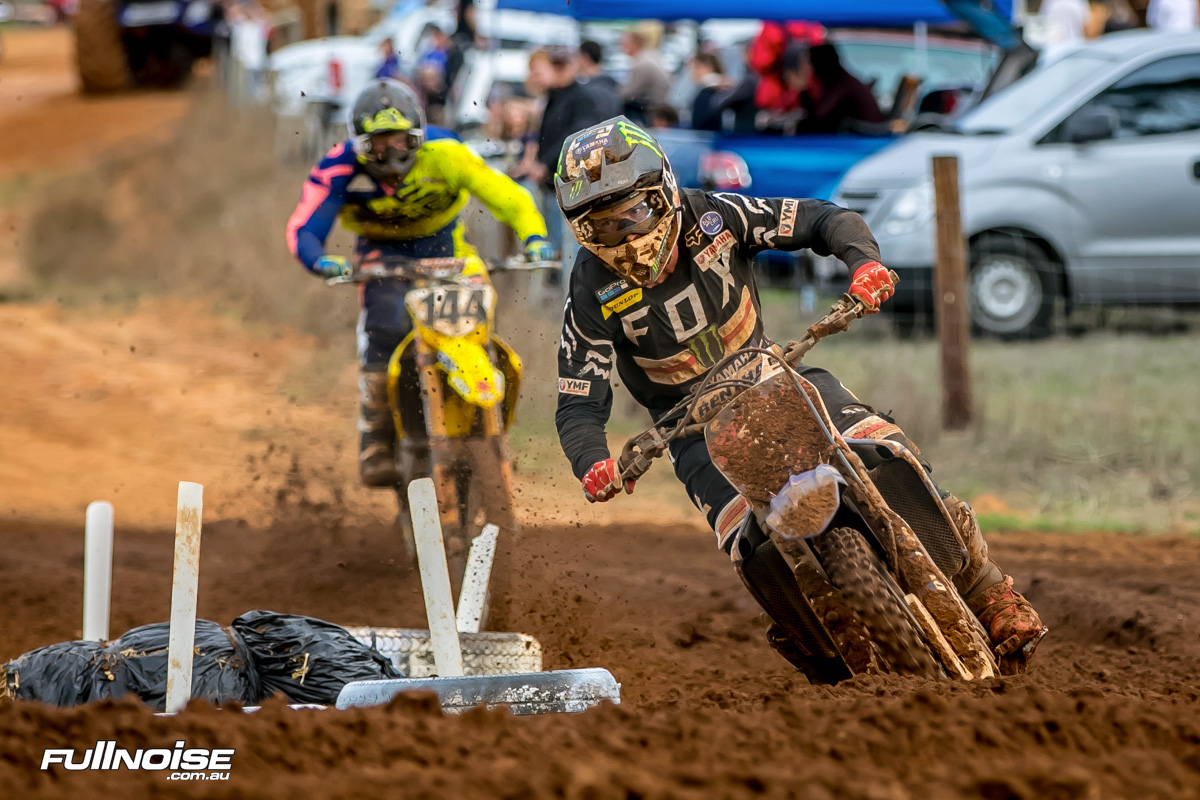 Dean Ferris on his way to his fifth Pirelli MX Nationals round win in a row at Murray Bridge, SA. Photo: Arryn Minerds
Dean Ferris claimed his fifth Thor MX1 (450cc) round win in a row, at the Murray Bridge round of the MX Nationals, but the dream of a perfect season has been snatched away after he finished with 1-2 results in another successful day for the CDR Yamaha Monster Energy Team star.

The defending champion had won the first eight races of the season at the opening four rounds and the talk of the pits became to swing towards a perfect season for the two time and current MX1 champ. While Ferris wasn‰Ûªt entertaining the pit chat, the rumblings were around but that all came to a holt on Sunday afternoon when he trailed Kade Mosig across the finish line by 1.5 seconds in enthralling battle throughout moto two on Sunday afternoon.

But a 1-2 day for Ferris is far from the end of the world as he again snatched another round victory and increased his lead in the MX1 championship. With the series now taking a four-week break, Ferris can now recharge his body and mind after a busy start to the 2018 season and work towards a strong finish to the back half of the MX Nationals.

‰ÛÏHow can you not be happy with a 1-2 result and a round win?‰Û