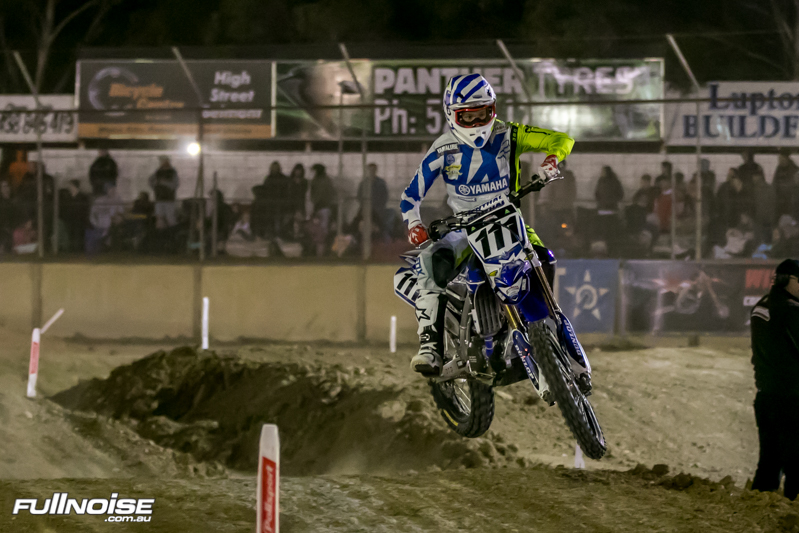 CDR Yamaha‰Ûªs Dean Ferris had continued his sensational year of firsts, when he took his first event SX1 main event win at round four of the Australian Supercross Championships, held at the Avalon Speedway over the weekend.

Ferris led home team mate Dan Reardon in a CDR Yamaha 1-2 result with both riders dominating their rivals on the dry, slippery and hard pack clay circuit on a windy night in Avalon. 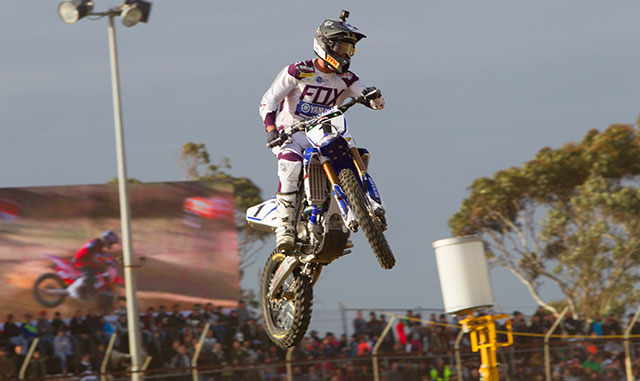 Dan Reardon led the main until team-mate Dean Ferris got by for the win. Photo: Garry Morrow
Dan Reardon again performed well and was right there for the win during his race long battle with Ferris. Once Ferris got into the lead, Reardon kept the pressure on and was never more than a second or two behind is team mate and the gap closed with just a few laps remaining and that kept the capacity crowd on their feet right until the finish.

Reardon currently holds down fourth in the championship, just two points behind Wil Hahn and had it not been for his fall at the Toowoomba round, he would be right in the hunt for the championship battle.

‰ÛÏI was a little disappointed not to get the win tonight as I put myself in the best position to do it only to let it slip through my fingers. Dean was a little more aggressive in that sand section and that was pretty much the difference between us as the rest of the track we stayed about the same.

‰ÛÏStill, it‰Ûªs always good to be on the podium and that makes it three out of four for me, so the goal is to keep that rolling at Sydney this weekend,‰Û 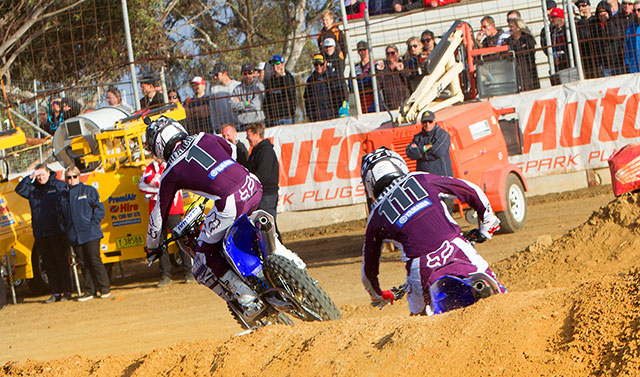