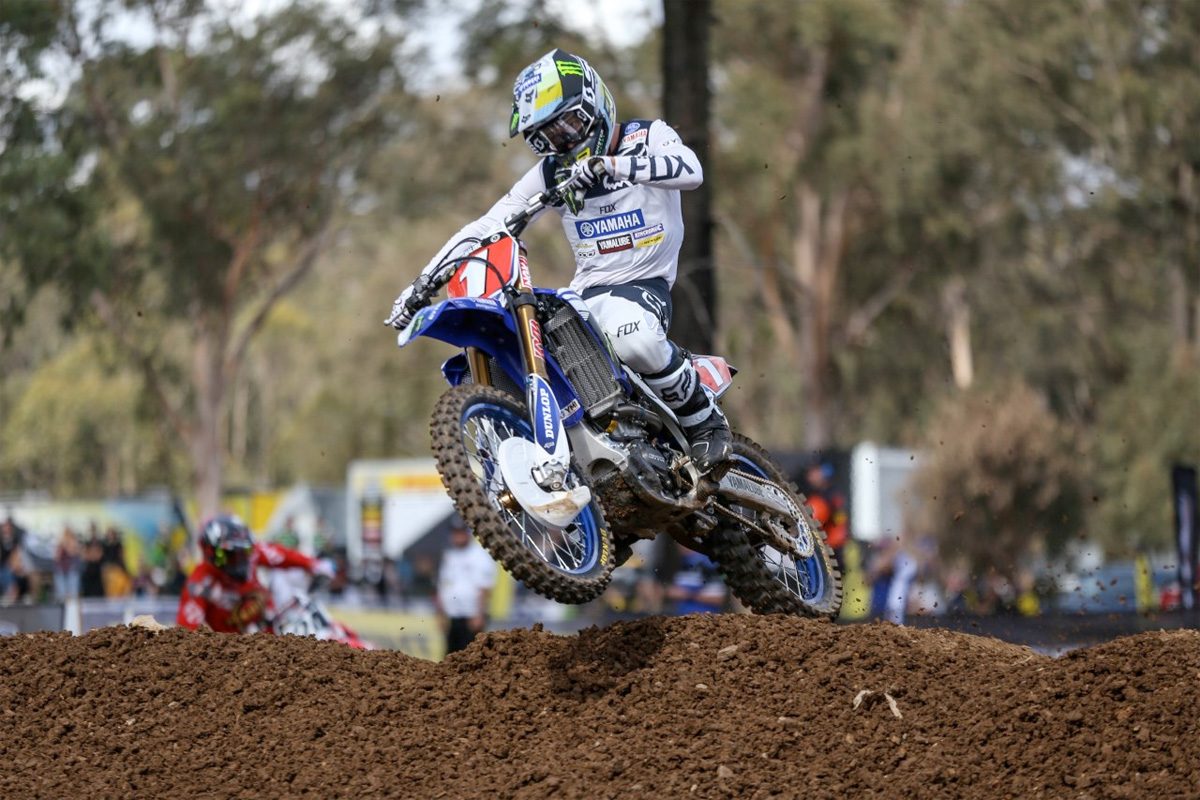 Dean Ferris made if four from four moto wins with another 1-1 result at the second round of the 2018 Pirelli MX Nationals - Credit: MXN Images
CDR Yamaha Monster Energy Team‰Ûªs star rider, Dean Ferris, continued his outstanding start to the 2018 motocross season by taking another dominant victory at round two of the MX Nationals, held in perfect conditions over the weekend.

The Appin track was at its best with a challenging layout, well prepared dirt and a good size crowd on hand to witness the Australia‰Ûªs best motocross riders do battle.

Ferris, who has been the benchmark for Australian racing for the past two seasons, again set the bar high with an impressive performance that saw him dominate both races contested in the premier MX1 division and extend his lead in the championship.

The day didn‰Ûªt start out as he had planned, missing the top five fastest qualifying times and therefore not able to compete in the Raceline Superpole event and the handy three points on offer. But, the ship was soon righted in moto one as the gates fell and Ferris powered his Yamaha YZ450F into the lead and set off at a brisk pace. His rivals kept him in sight but a relentless and determined Ferris kept his head down and went on to take the race win by 16 seconds.

Moto two didn‰Ûªt go drama free as the race needed to be stopped when a rider fell and required urgent attention. Once the track was clear, the field was re-gridded in the running order with Ferris at the front of the pack and the remaining 20 minutes of racing was completed. Ferris was the first rider across the finish line and claimed the race win when times of both parts of the race were added together.

Ferris has now won all four motos contested at the opening two rounds and already holds a commanding lead in the champion but the two-time champ understands there is plenty of work to be done and a long way to go in the 10-round championship. 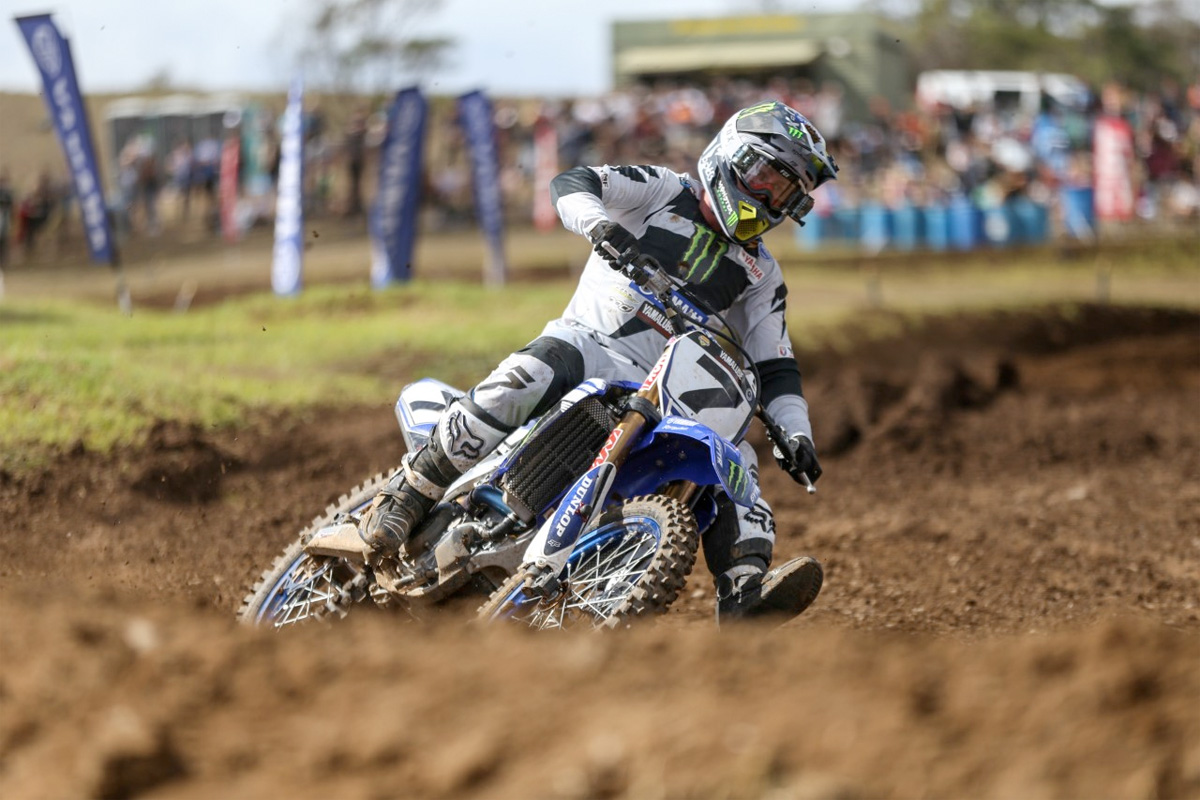 Dylan Long found some form at round two to finish the day equal third for the round, but 4th overall on countback - Credit: MXN Images
Teammate, Dylan Long, made huge strides forward in his racing today and finished in fourth place in an incredible return to form for the Victorian based rider. By his own admission, the opening round was terrible for Long and his results weren‰Ûªt what is expected of a racer with his talent and ability.

But, to his credit, he worked hard over the two-week gap between events, hit the Appin track with determination and raced with aggression and speed.

Long finished with a fourth in moto one and then a third in moto two to pile on 58 points and finish equal third for the day with Luke Clout but fourth on a countback where the final moto breaks the tiebreaker. Still, it was an impressive performance by Long and one that he is more than capable of replicating at the coming rounds.

‰ÛÏToday was a little more like me and the way I ride." Long aditted. "The opening round was just awful and there was no way to hid from it. I went home with my tail between my legs and made sure I did the work for this weekend and went to the start line confident that I was prepared.

‰ÛÏMy goal is to get on the podium so I was a bit short of that but I feel much better within myself about the way I raced and my ability. The plan now is to build from this and try an improve a little at each round,‰Û