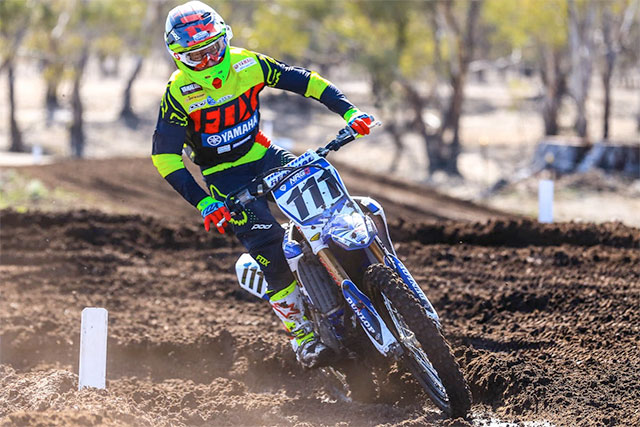 CDR Yamaha‰Ûªs Dean Ferris slotted back into the Australian motocross scene with style taking third place at the opening round of the 2016 Motul MX Nationals in the premier MX1 division, at Horsham, highlighted with a moto victory in race one.

Ferris, who just finished runner- up in the New Zealand championships recently, was in good form entering the MX Nationals season opener and hit the ground running in moto one. Completing the opening lap in third place, Ferris quickly charged his YZ450F to the lead and took control of the race. With each lap, he stretched the lead and after 30 minutes of racing, Ferris took a 10-second victory and a great start to his championship aspirations.

Moto two and again Ferris was near the front sitting in third. He then fell and dropped several positions before making some moves and finish the race in sixth.

His combined 1-6 results gave him third for the round and a good foundation for the start of a long championship. 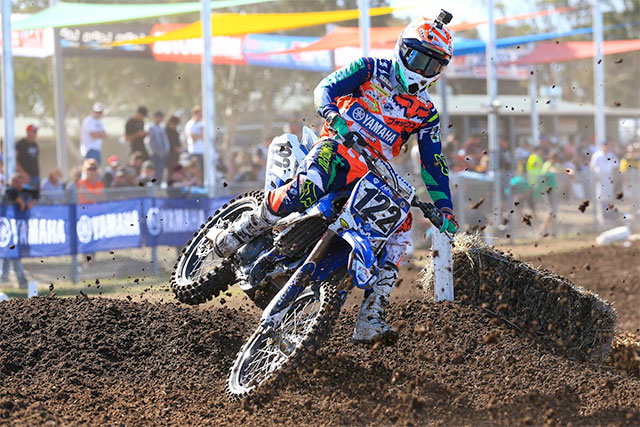 Dan Reardon on his way to 7th overall. Photo: Jeff Crow
Ferris' team-mate Dan Reardon also made a positive start to the season despite carrying a niggling injury into the event. Reardon led the field on the opening lap of race one before dropping to fifth by the mid stages of the race. He rallied late to move up a position and take fourth in the opening moto in a good result.

The second race wasn‰Ûªt as smooth and things went pear-shaped on the opening lap when Reardon went down and was left in 22nd place at the completion of lap one. He put his head down and started the long crawl back towards the front and 30 minutes later, he crossed the finish line in ninth place and regained some valuable points in the championship.

Reardon‰Ûªs 4-9 results land him in seventh for the day and in among a very tight championship leader board.

‰ÛÏUp and down day for me. Moto one was good and a felt I was riding at a comfortable pace to get the season off on the right foot but moto two wasn‰Ûªt good. On the first lap I spun up on some slippery dirt and crashed," Reardon explained. "Crashing that early in the race meant the whole field went by and I near last with a lot of work to do.

‰ÛÏIt wasn‰Ûªt my greatest day but I think that there were some positives to come from it and things will definitely improve from here,‰Û