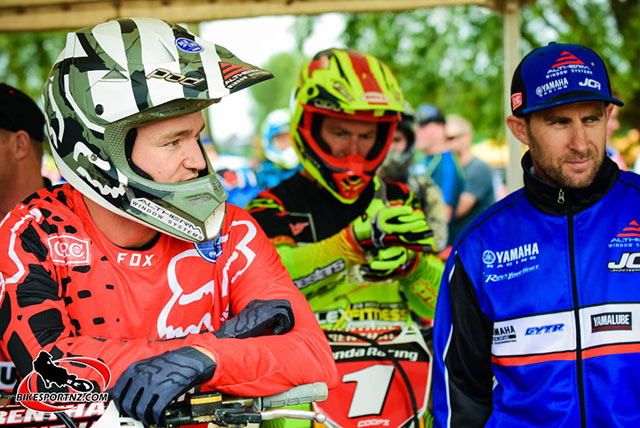 The big annual New Zealand Motocross Grand Prix at Woodville is a big occasion on the Kiwi motorcycling calendar and this year‰Ûªs 56th edition of the event was no different.

It was a case of champions galore at this year‰Ûªs edition of the popular stand-alone event, but, when it was all boiled down, it was Australian Dean Ferris who took the most prestigious silverware, the Yamaha rider clinching the Senior Feature Race trophy at the Honda-sponsored event for a second consecutive season.

It was remarkable when he won it on debut at Woodville last season, and perhaps no less significant this time around because he was facing a deeper and even more impressive line-up of talented individuals, many of whom were talented fellow-Australians he‰Ûªd expect to face in the Australian nationals later this year.

Ferris, the 2016 Australian open class motocross champion, took his Altherm JCR Yamaha YZ450F to finish 4-1-2 in his three MX1 class outings, losing out to fellow Australian Todd Waters in that high-octane battle for MX1 class honours ‰ÛÒ Waters finishing with a 3-2-1 score-card ‰ÛÒ but Ferris again won the race that really mattered, the invitation feature race, and so the annual event‰Ûªs main spoils belonged to him.

New Zealand MX1 champion Cody Cooper, of Mount Maunganui, led from the start of the feature race, but Ferris was soon challenging for the lead and took over the front spot on lap two.

Cooper then dropped back when a slow-starting Waters powered through from fourth place to snatch the No.2 position, and this is how it remained until, the end, with another Australian visitor, Jed Beaton (Honda CRF450) eventually pushing through to claim fourth spot and Mount Maunganui‰Ûªs Rhys Carter rounding out the top five.

‰ÛÏIt‰Ûªs fantastic to win this trophy for a second time,‰Û