Dean Ferris and Yamaha make it a MX Nationals Threepeat 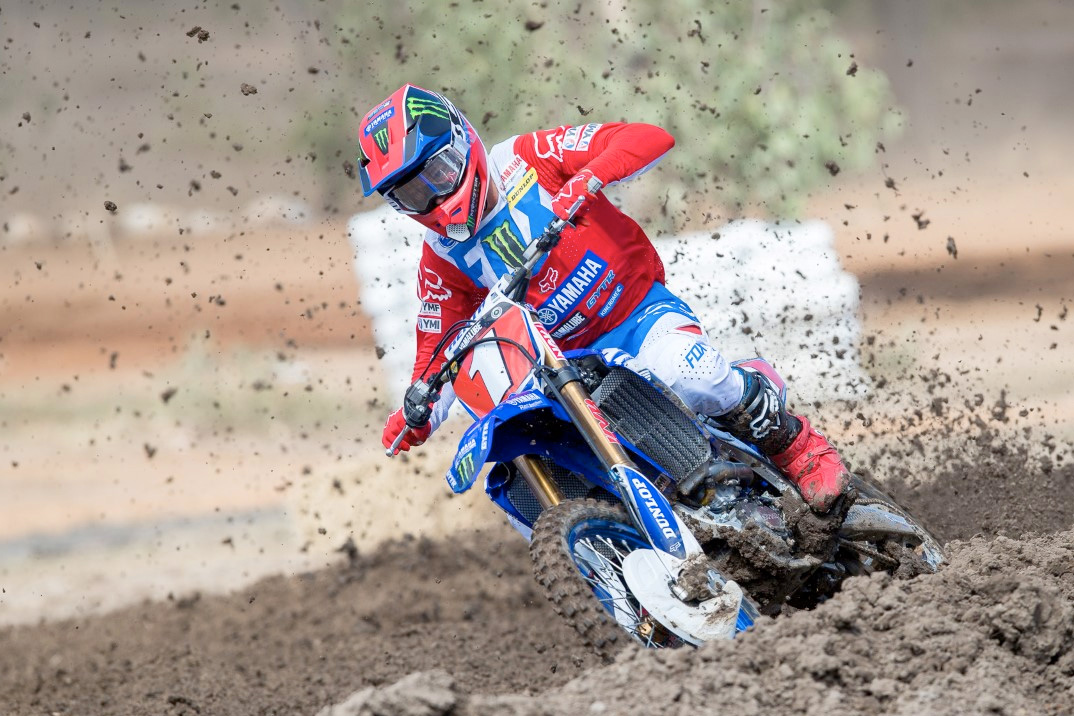 The Ferris- CDR Yamaha partnership has proven to be almost unbeatable since Ferris returned from Europe at the end of the 2015 season and has dominated the domestic motocross scene, no more evident than on the weekend when Ferris put together the perfect weekend to stamp his authority on the championship and claim it with one round to spare.

Holding over a 100 point lead coming into round nine, Ferris could be excused for putting things into ‰Û÷championship mode‰Ûª and just riding around to get the job done, but that is not in the 28 year old‰Ûªs DNA.

For the first time in several rounds, he won the Superpole event with the fastest qualifying lap and a strong performance was all that was required to keep the number 1 firmly bolted to his YZ450F. But he exploded from the gates in race one, demanded the lead to take control of the race and despite being kept honest by Brett Metcalfe, he won the race and raised his arm in victory as the championship was secure in his possession once again.

But after some short celebrations with the team, racer mode was again selected for race two and Ferris was back on the job and laying it on the line taking a wire to wire win and making it nine row victories in a row and one of the most commanding championship surges Australian motocross as seen. 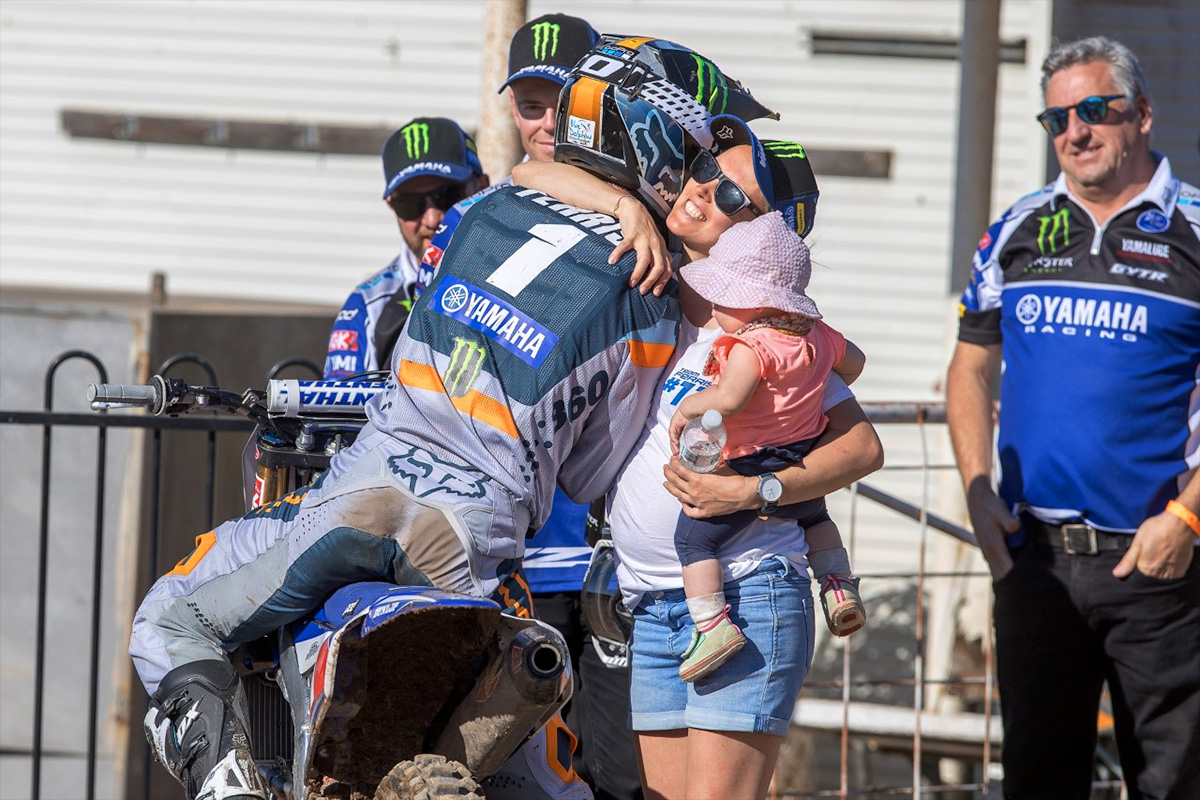 Dean Ferris celebrates with his partner Renae and daughter after claiming the 2018 MX1 championship. Photo: Supplied
‰ÛÏAs I said earlier in the week, my plan was to just keep doing things as I had been doing them and nothing really changed despite the fact there was a championship on the line,‰Û 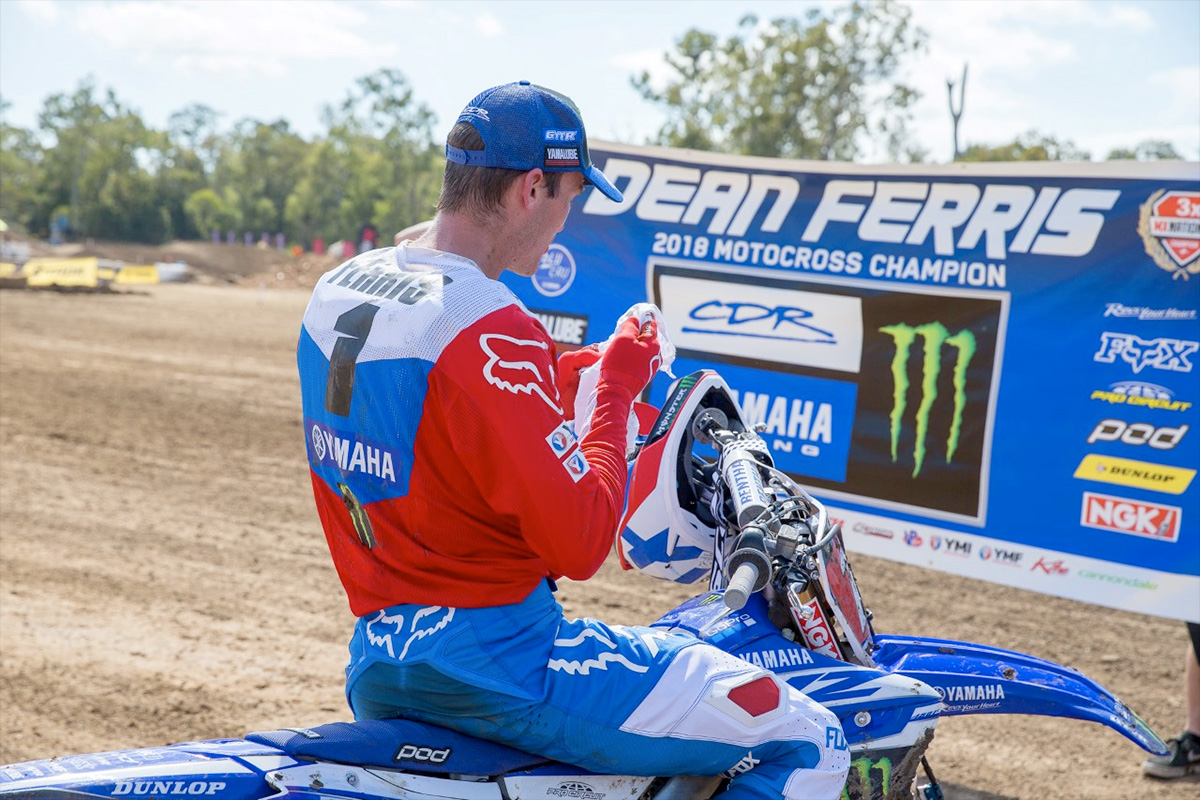