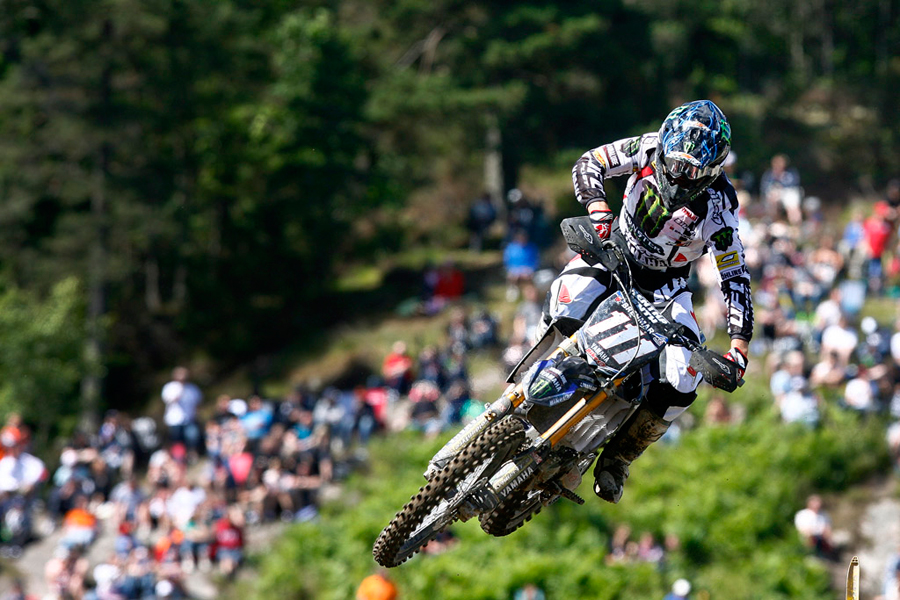 The 10th round of the FIM MX World championship has seen Australian, Dean Ferris, post a 5-6 score for 6th overall in Uddevalla, Sweden.

Sunny skies welcomed 22.000 spectators to perfect racing and track conditions and Ferris rolled onto the starting grid with a reasonable gate pick for the first MX2 moto.

He grabbed a good jump and was on the outside of fellow Yamaha rider, Christophe Charlier who grabbed the hole-shot. Ferris was pushed wide but still emerged in 4th and then quickly found a way past Jose Butron for a podium position.

Later in the moto, Jordi Tixier made his move on Ferris and a charging Jeffrey Herlings who had gone down in the first turn, also managed to sneak by. Ferris kept his pace and crossed the finish line in 5th.

‰ÛÏI had good speed but I struggled to do it all the time." Ferris commented at the end of the weekend of racing. "I got a decent start in the first one but dropped back to fifth with Tixier and then suffered a bit with inconsistency, then my start was terrible in moto two."

The second moto would see a lessor start for the Monster Energy Yamaha rider. He was left down in mid-pack and worked hard on the opening lap to break into the Top 10.

Picking off positions when he could, Ferris pushed hard to keep the train of riders ahead of him in his sites and made a last minute dash to pass Tonkov and Butron to salvage 6th position.

"I came through OK but everybody was running such a fast pace because the track was flat." Ferris explained. "I ran out of roll-off and with about fifteen minutes to go I somehow had to work out how to get around Butron and Tonkov.

"I sat back for a while and got stuck in a rhythm but when I saw the two lap board I pinned it past both of them, so that was good," he added.

"I felt good physically the bike was working well after a bit of testing during the week. It is not the best result but was kinda solid. I felt I was riding OK so I‰Ûªm pretty happy," Ferris concluded.

With the first of 3 back to back GP‰Ûªs completed, Ferris now heads to Latvia next weekend for round 11 of the 17 round series.

Top Image: Dean Ferris on his way to a 5-6 result in Sweden to finish 6th overall and maintain his sixth place in the MX2 World Championship standings.
Credit: CDS.