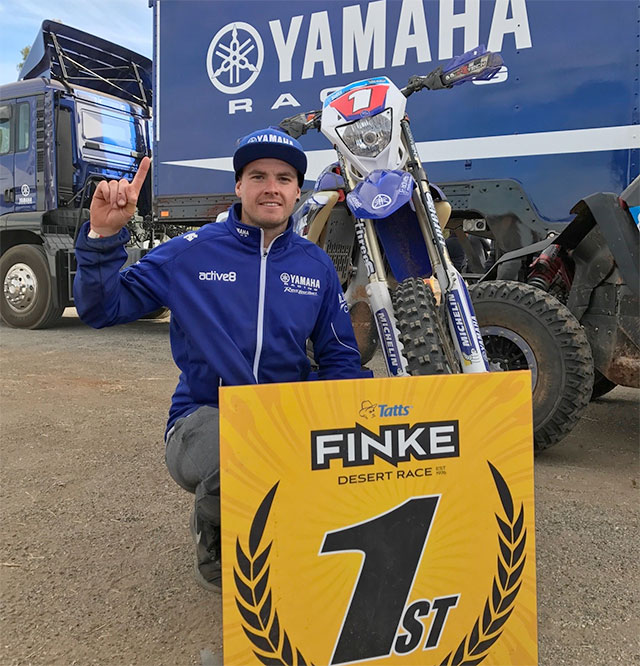 In four hours and 11 minutes, Stolkie etched his name in the record books with an historic win, Yamaha‰Ûªs first since 1986 when Stephen Gall claimed victory.

The event started well for Stokie, a resident of Alice Springs, when he posted the second best time in the prologue giving a great starting position for the trek down to Finke on day one.

Despite carrying a hand injury from a previous endurance event, Stokie gritted his teeth and manned up in the countries toughest race to reach Finke in second place and five minutes behind leader, David Walsh.

With a nights rest and a quick going over of the bike, Stokie was back in the saddle for the return run and out to close down the lead Walsh had. But just as the riders neared the first check point of the return leg, Walsh was stranded trackside and Stolkie inherited the lead. But with a hand swelling by the minute and still over 90 minutes of racing left, the 2017 Finke race winner was far from settled.

The dry conditions made the going challenging but Stokie stuck to his guns and continued to ride at speed with his grip on the bike weakening as the event wore on. His rivals started to close in but the North Territory native was determined to close the race out a winner and charged all the way to the finish line.

He stopped the clock at 4 hours 11 minutes, to take a narrow three-minute victory over Ivan Long in second and Luke Hayes in third, with just 30 seconds separating the minor placings. 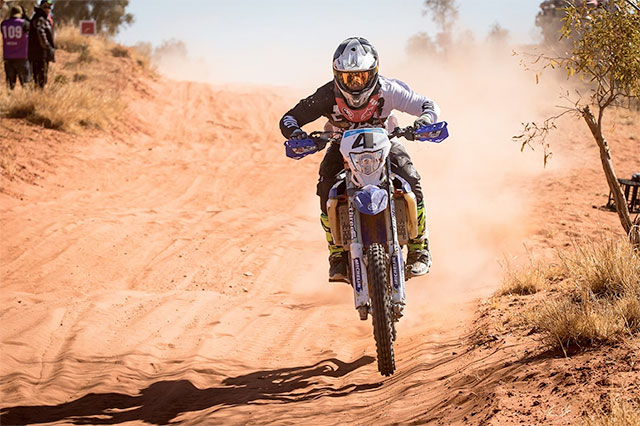 Stokie in action at Finke. Credit: Damien Asherhurst / Mark Peterson
The Active8 Yamalube Yamaha team embraced as they celebrated the win in what has been a long and challenging campaign. 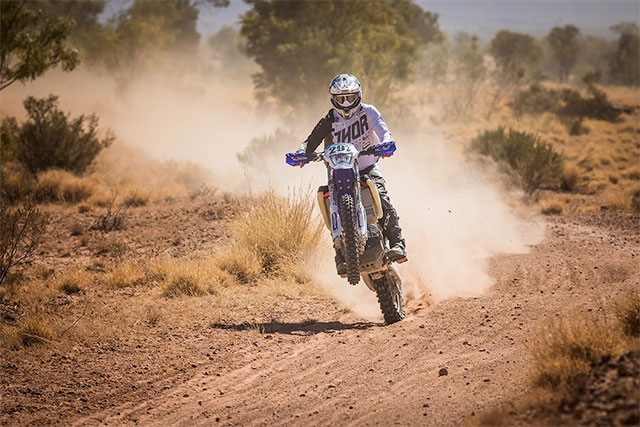 Tough luck for Josh Green and he withdrew from the event on day 1. Credit: Damien Asherhurst / Mark Peterson
As mentioned, the news wasn‰Ûªt as good for team mate, Josh Green, who had to withdraw from the event during the final stages of day one. Green started the event exceptionally well and had moved into a podium position when he had a mechanical issue that forced him out of the race.

‰ÛÏIt can be an emotionally challenging race here at Finke as it requires so much effort to be able to compete at this level, on this sort of terrain so to not be able to finish is heartbreaking for myself and the team,‰Û