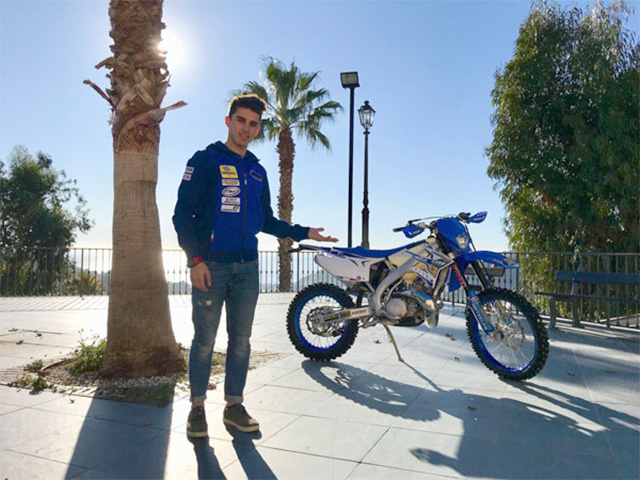 The transfer market is far from over, and after the confirmation of Alex Salvini's signature at Jet Zanardo, there is more news from Italy; TM Factory, via its manager Luca Cherubini, have just formalised the signing of Davide Soreca.

Vice World Champion in 2017, Soreca was left without a contract after Honda RedMoto decided to change two thirds of their team.

And after rumours placed the rider from Bordighera in several different teams in EnduroGP, it was finally TM Factory who managed to poach the young star!

The 22-year-old will clearly be the favourite of the Junior category, riding in Junior 2 with a TM EN300... so he will be back on a 2-stroke after three years spent on a big 4-stroke!

"For a while, I thought I would not find a place to ride in this incredible discipline," Soreca said. "But I'm really back with a vengeance, and with the ambition to prove that I deserve my place in this Championship. I am very happy to join such a strong team in 2018. TM have shown that they are true professionals able to bring their riders to world titles. And riding with an Italian brand as well as an Italian team gives me even more motivation.‰Û