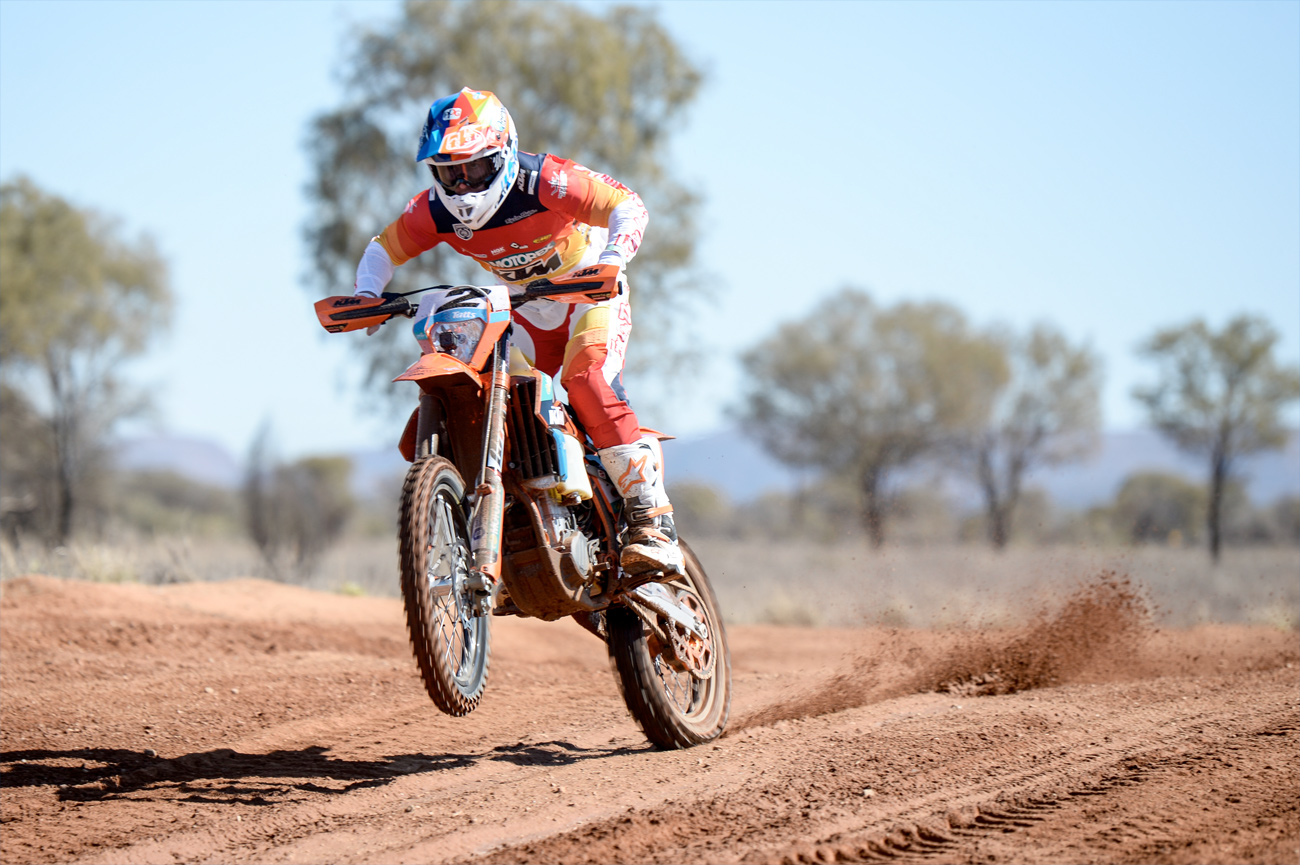 KTM rider David Walsh‰Ûªs first King of the Desert title is in sight after setting the fastest time during Prologue today at the 2019 Tatts Finke Desert Race.

The Alice Springs local will lead the 591-strong field to Finke tomorrow after an impressive assault of the 8.3 kilometre Prologue track, recording a time of 4 minutes and 49 seconds flat.

The hometown hero was 5.2 seconds clear of next-best Penrite Honda's Jack Simpson, who finished on the third step of the podium in last year‰Ûªs edition of the there-and-back race.

Territorian Jack Dooley-McDonnell rounded out the top three in what is his first competitive appearance at the event in four years after he was sidelined from an injury sustained in 2016.

Beau Ralston was adrift of the top five by a mere 0.5 of a second, leading home Echuca‰Ûªs Sam Davie in seventh.

After a DNF during his first attempt of the race last year, 18-year-old fan-favourite Callum Norton has begun his 2019 campaign by prologuing in 13th position.

Geelong‰Ûªs own Danielle Foot is on track to win the Kay Wharton Fastest Female Category, finishing prologue 124th out of 591 entrants.

The bikes will begin the 226 kilometre journey to Finke (Apatula) for the first leg of the 2019 Tatts Finke Desert Race tomorrow at 12.00pm.

The 2019 King of the Desert will be crowned following the bikes return to Alice Springs on Monday.

The 2019 Tatts Finke Desert Race will be held in Alice Springs on the Queen‰Ûªs Birthday weekend from 6-10 June 2019.

Full results of the bike prologue can be viewed here.