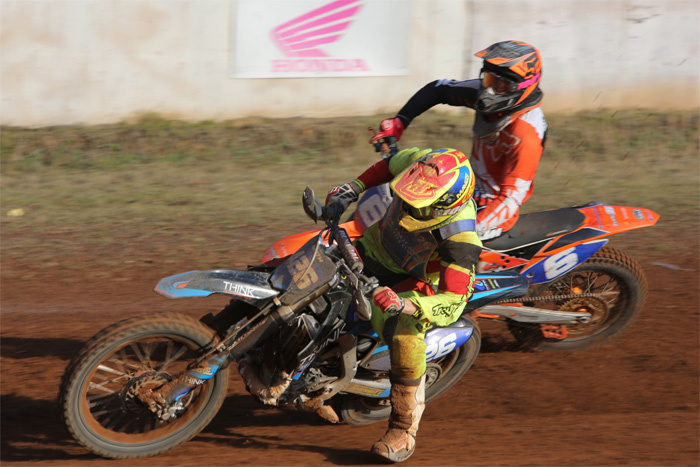 The 2015 staging of the Worthington Motorcycles Honda Central Coast Cup meeting last weekend again provided plenty of thrills as some of the country‰Ûªs best motor cycle talent showed off their wares.

Although racing was called off on Saturday because of heavy overnight rain, a full day of action took place on Sunday culminating in the senior and junior Central Coast Cup events to wrap up the meeting.

Supporting classes finalised earlier saw a standout performer in both the senior and junior ranks ‰ÛÒ but neither of those standouts were able to put the icing on the cake in the Cup race finales.

That form showed through as Brook won the Under 19, Pro 250, Pro 450 and Pro Open classes winning all but one of the 13 races he contested.

In the Senior Cup race Brook was leading when a fallen rider caused the race to be halted, which meant a re-run where Brook appeared ready to pounce when his bike ground to a halt.

Take nothing away from his opposition though as host club member David Smith went on to score the biggest win of his career, leading home another previous Junior Cup winner Thomas Duggan with David‰Ûªs brother Peter in third place.

It was great result for the Smith family with the riders‰Ûª father, David snr. the Club President, reflecting on another successful meeting despite the weather.

Jack Passfield and Taylor Poole were two other senior riders to be involved in some close, exciting racing, even though there was scant reward for them.

A good line-up of riders in the Over 35s class added their share of excitement to the day, with several of them having sons competing in junior events.

Standout performer in the junior racing, before the Cup event, was another North Brisbane Club rider Max Whale who was unbeaten on his way to win both the 2-stroke and 4-stroke classes.

When the Junior Cup decider started it was Singleton based rider Billy Van Eerde making a brilliant start and then ride fast, and smart, to hold off Whale for the entire eight lap journey which proved a thrilling finale to the day.

Hunter club rider Mitchell James had been the dominant performer at last month‰Ûªs Trackmasters meeting at the Barleigh Ranch track, but he could not mount a challenge to Van Eerde and Whale while finishing third.

The talent on show, and the excitement provided, in the younger age groups confirmed that the future of the sport is in good hands as the Central Coast Junior Club, and many others across the country continue to provide the framework for the development of young talent.

Senna Agius was the best of the junior riders from the host club winning two classes, a feat matched by Coffs Harbour rider Thomas Bullen.

Top Image: David Smith on his way to winning the 2015 Central Coast Cup