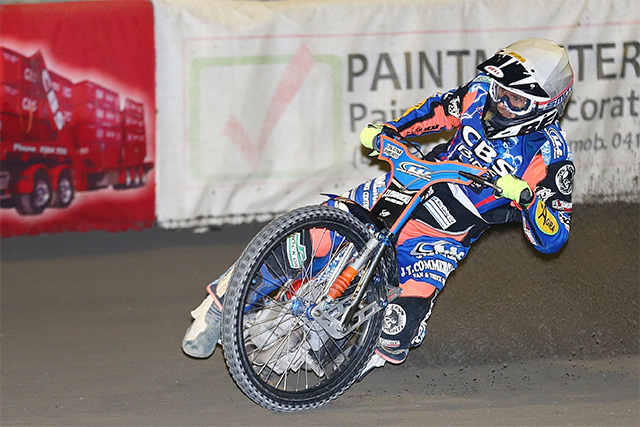 Australian Davey Watt will be given a fitting finale to his career, as he will race in the 2017 QBE Insurance Australian FIM Speedway Grand Prix (28 October).

Watt will be replacing Danish champion, Niels-Kristian Iversen who will be unable to ride due to a broken shoulder. Watt will now incredibly become the fifth Aussie in the field to make this the most anticipated GP in years!

39-year-old Watt will be joining World Championship leader Jason Doyle, last year‰Ûªs winner Chris Holder, national champion Sam Masters and Justin Sedgmen at the Etihad Stadium on Saturday. Watt announced his retirement this year and moved back to Queensland, Watt was never going to turn down the opportunity to race in front of adoring home fans at Etihad Stadium. This will mark Watt‰Ûªs first SGP race since 2010.

Watt shared his thoughts on the announcement; "I am so excited for this week's Speedway Grand Prix in Melbourne. For me, it‰Ûªs been pretty much a year in the making after the Australian qualification process was over back in January for the Aussie titles and I knew I had a place at the meeting, but as a reserve rider. Now, to be called up into the main meeting, although unfortunately through Niels Kristen Iversen injury, is an amazing experience, and one that I will never forget!

‰ÛÏIt‰Ûªs a massive boost for me, and it will most likely be my last. What better way to bow out of racing than at the highest level on home soil? - especially when Australia is likely to take the win! It's been an amazing run for me over the past 17 years of professional speedway riding and is a big step for me. I couldn‰Ûªt think of a better way to end it than here.

‰ÛÏStand out memories for me include racing abroad - 8 World Cups in the Australian squad where we always did really well. Chris Holder, Darcy Ward and myself were rated as best pairs for a while. I have been fortunate enough to have fantastic teammates around me over the years and I have enjoyed every minute.

‰ÛÏI've ridden a few GP's in my time in 2010. It's hard to get your head into GP headspace because all the riders are so good and extremely competitive. GP's are massive meetings and the finale of 2017 at Melbourne will be the toughest yet.

‰ÛÏI have never been one to shy away from a challenge and I am confident I can get out there and put on a decent show for the fans! Hopefully we will get to see an Aussie crowned 2017 Champion on home soil this weekend and wish the best to Jason Doyle for it. It'll be amazing to be in attendance for that reason alone!

‰ÛÏI'll be on my old bike that I have had for a while now when I was aboard, and its one that I'll keep forever. I will be putting the old girl through its paces this weekend for sure!‰Û