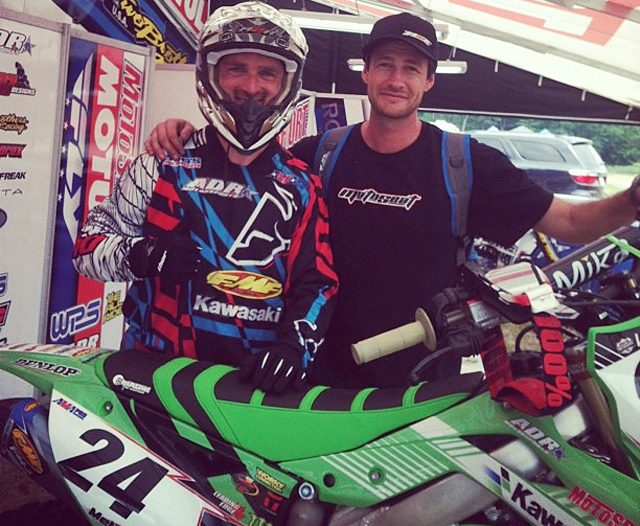 An all Australian collaboration will see Brett Metcalfe line up for the Southwick round of the Lucas Oils Pro Motocross Championship this weekend.

ADR Motorsports, a team ran by Australian, David Anthony (Aussie Dave Racing) have come together with American online retailer Motosport.com to build a bike for Metcalfe to race in a one off appearance in the American MX Series that may lead to more rounds later in the season.

Metcalfe is currently having a great season in Canada. He took the overall in Round four at Castrol Raceway in Alberta on Sunday‰ÛÒ his third straight overall. After four of nine events Metcalfe holds a comfortable lead with 191 points, 44 ahead of second place.

With the Monster Energy Motocross CMRC Nationals break until July 14th, it presented the perfect opportunity for Metcalfe to see where he is at against the best riders in the American series as he looks to return to racing full time in the U.S in 2014.

The Motorsport.com / ADR team is one Australian Motocross and Supercross fans may recognise from earlier this year, as Kade Mosig rode for the team throughout the West Coast leg of the AMA Supercross season in the 250 class.

Metcalfe‰Ûªs Kawasaki‰Ûªs were built in the ADR shop in California which are now on their way to Massachusetts. The ADR Motorsports team which was in Alabama for an AMA Superbike event, where David Anthony was racing himself in the AMA Superbike class will have continued traveling after the road racing event to Southwick for this weekends Motocross race.

‰ÛÏAs you can see it‰Ûªs a big effort to make everything come together for this one event,‰Û