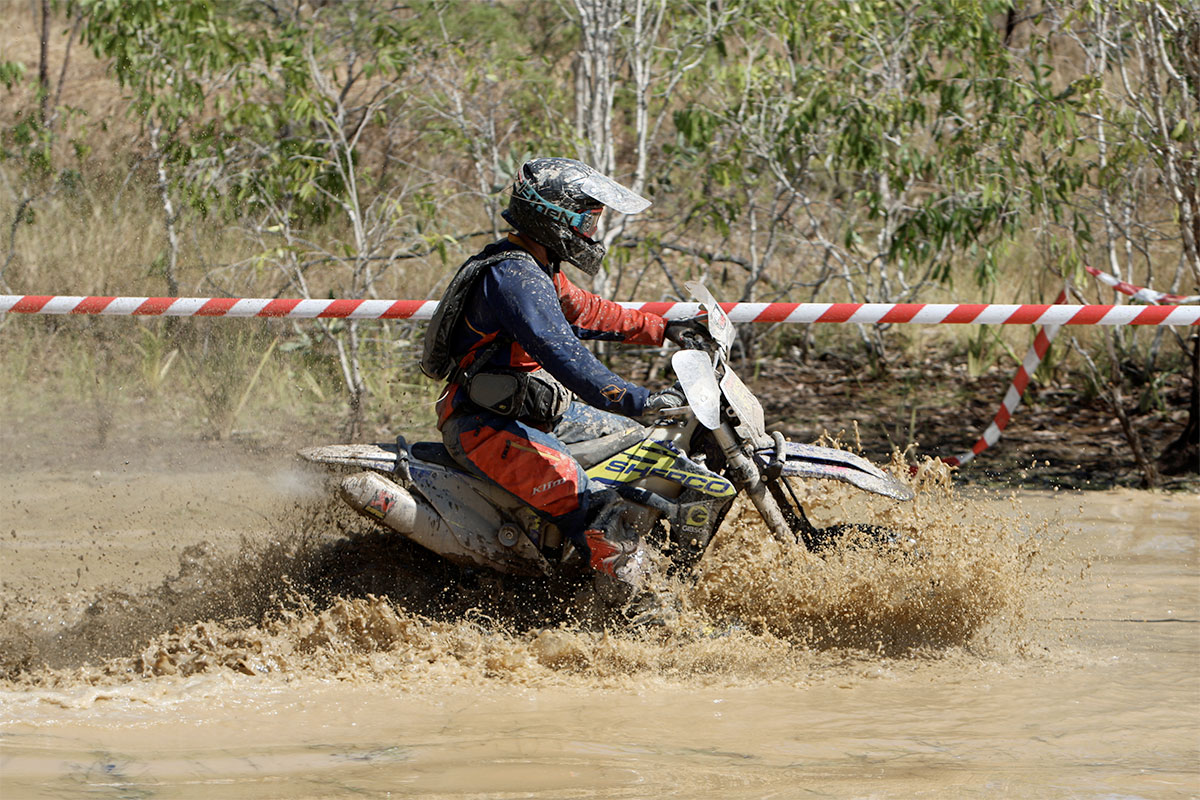 Chris Warwick charging the Kamfari swamps. Photo: Max Sullivan
Billed as Australia‰Ûªs muddiest enduro, the 2018 Kamfari near Darwin in the Northern Territory has been won for the second time by Chris Warwick.

Held on the Cox Peninsula, around 80km from Darwin, the 2018 Kamfari was staged in typical Top End conditions with heat, humidity and plenty of mud.

Warwick claimed the 2017 Kamfari on a NT Powersports Sherco 300 SEF-R and proved the winning formula was no fluke by backing up his previous win with an emphatic victory and a wining margin of 18-minutes and 50-seconds clear of second place.

Warwick ploughed though 16 laps of the tropical cross-country course that featured rocks, dust and the dreaded speargrass that promptly turns to tropical, muddy soup. Preparation, a strong bike and will to survive are key elements in a successful Kamfari campaign and Warwick has all bases covered. 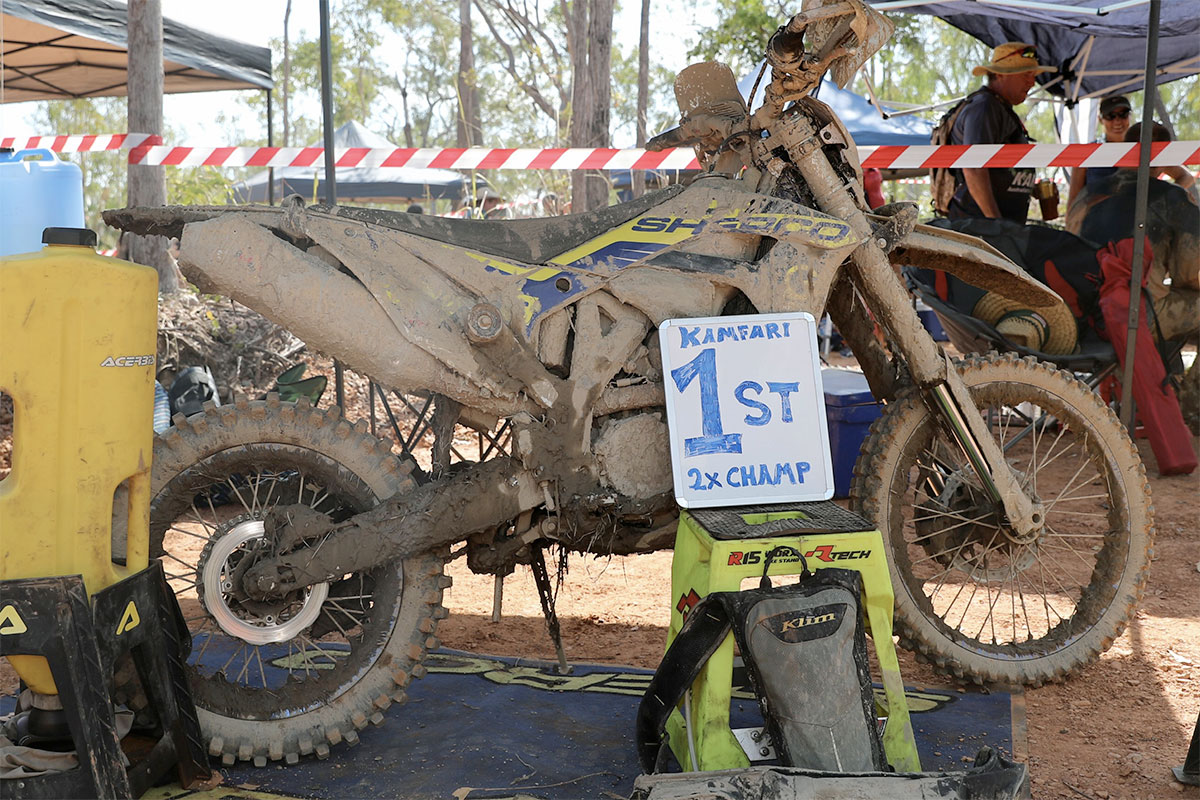 The Sherco 300 SEF-R is a two-time Kamfari champion. Photo: Max Sullivan
The 2018 Kamfari was the 47th running of this iconic off-road race that is steeped in history. 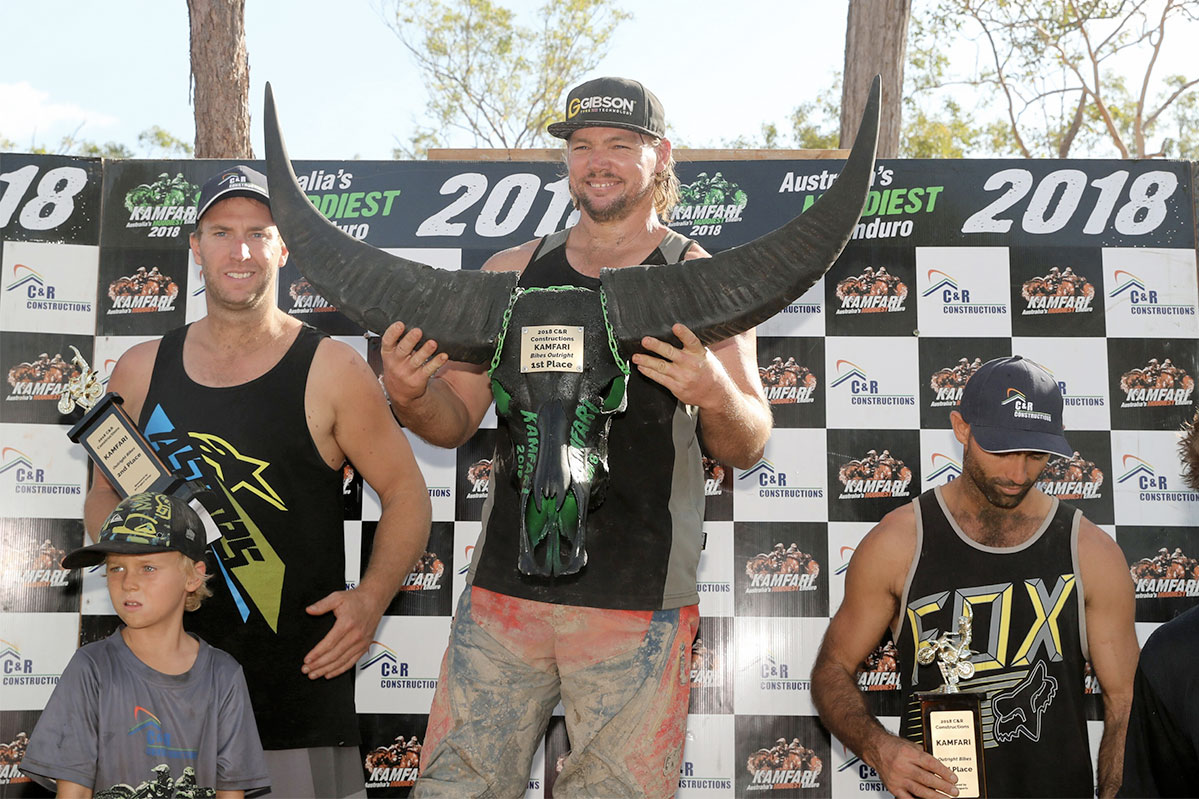