One of Australia‰Ûªs most talented riders of all time, Darcy Ward, is backing Team Australia in their bid for Gold in this Year‰Ûªs Speedway World Team Cup competition by becoming part of the management as a team selector and allowing his image to be used on merchandise for this year‰Ûªs campaign.

It has been well documented that Motorcycling Australia, the governing body and funding arm of international race team competitions has seen significant cuts to budgets putting teams competitions in doubt across many disciplines.

After achieving success in recent years with many rostrum-finishing positions in the past few years, without funding Team Australia‰Ûªs Speedway World Cup ambitions of reaching the top spot and even competing could be put on hold in coming years.

As a team who don‰Ûªt suffer defeat easily, fundraising efforts have been ongoing to fund the team with a Gofundme account set-up to receive with pledges. Donors supporting team Australia will receive team merchandise including; stickers, t-shirts, stubbie holders and hoodies with T-shirts and stubby holders sporting Darcy‰Ûªs image. 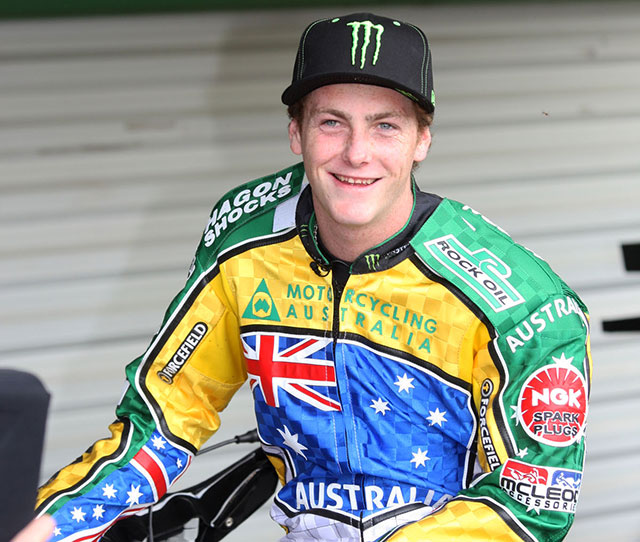 Darcy Ward
One of Australia‰Ûªs most talented on a Speedway Bike, Darcy Ward made his Team World Cup debut in 2009 and took part in five competitions during his short but entertaining career.

Lemon said: ‰ÛÏDarcy as a person and speedway rider has played a big part in Team Australia‰Ûªs success in recent years and still very much in touch with boys results in Europe. It is great to have Darcy on board and be able to discuss team permutations with him. Darcy still shares the team‰Ûªs ambitions to succeed.

We are stoked that Darcy has agreed for us to use his image (Taken by Vojtech Zavrel) on the team‰Ûªs merchandise to help raise funds for the 2016 campaign, I am encouraged and look forward to be able to continuing working with him‰Û Darcy Ward in action during his entertaining and successful career.